punch up your twitter with bless no41 workoutcomputer. 2014 istanbul design biennial.

There’s a new generation that has grown up on the internet. Sustaining the human body and engaging the mind may well be the next big innovation. With standup computers and emphasis on ‘sitting is the new smoking’ why not have a way to punch out your emails and get in a good workout.

N°41 Workoutcomputer inspires themes and questions. BLESS is an innovative applied design team made up of Berlin based Desiree Heiss and Ines Kaag. The pair creates innovative solutions across a spectrum of genres as diverse as jewelry from computer cables to limited edition fur wigs for Martin Margiela. 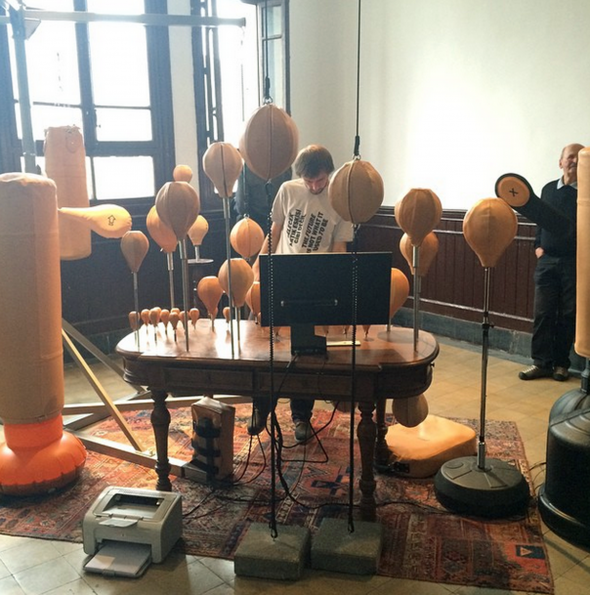 [ our interview with zoë ryan ]

does it matter that some editors and writers don’t tweet?

does it matter that some editors and writers don’t tweet? new york times singled out. via gigaom [RK]

pinterest & twitter devides social media sea for some retailers. macy’s and gap are focused, sears and best buy not. via piers morgan [RK] 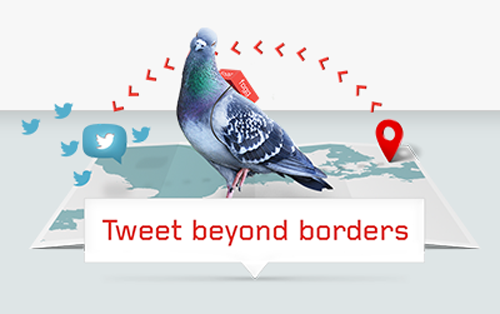 Swedish mobile firm Fogg is planning to send out homing pigeons with tweets literally attached to their backs to promote its data roaming service, which has one flat rate across borders. Just submit a tweet via the Fogg Mobile website, choosing which bird will carry it, and in which country they want it released. Once the bird has reached its destination, both the Tweet and the nation that the bird is in will appear on their Twitter page.

Four birds will be sent out from Malmo on June 18th, carrying specially-created “backpacks”, to cross Denmark, Germany, Belgium and Holland. The 28g pack (which is superglued onto their feathers) will carry a Fogg SIM card connected to a GSM database which will activate the tweets. It will also hold a GPS tracking device to release location data en route. A University pigeon research unit in Munich worked with Perfect Fools to ensure the birds could carry the technology safely.

Each of the birds (named Hans, Wilma, Jean Claude, and Engeli) will have their own Twitter account, and will “tweet” about their training and experiences on the journey. #FogMobile #beyondborders [ creativity ]

Why the most interesting man in the world does not tweet.

why the most interesting man in the world does not tweet. via ad age [RK]

what does plotting millions of twitter messages mean? what if the president could give a speech and immediately view the effect on his computer? is it true the east coast is more stressed out than the west coast? are people happier in cities? could we test land use planning and transportation models? economic and social environments? could we test products? welcome to [ twittermood. ] [ pulse of a nation ]

MoMA’s department of architecture and design has acquired the @ symbol into its collection. but what does it mean? @ at @MuseumModernArt [RK]