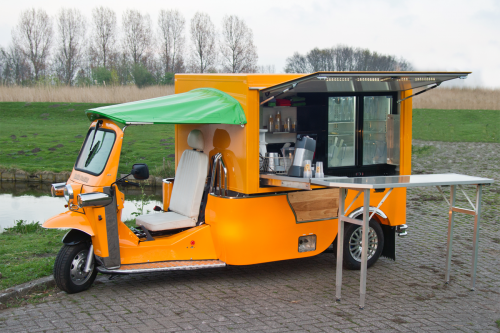 On the 24th of April, the Dutch Company Tuk Factory, known for their taxis, launched a new vehicle, the e-Tuk Vendo. The e-Tuk Vendo is 100% electric vending van intended for mobile catering. The first customer, Toeti Froeti, will use the vehicle for selling fruit shakes and fruitcups. Chicago has been waiting for the food truck concept and in 2012 they are now legal but only as mobile vending and catering vehicles because cooking is not allowed per the Chicago Sanitation Department. So the news of an electric vending van seemed as hot as a habanero taco. Well, you won’t find Tuk Tuk taxis buzzing around Chicago and you probably won’t see the Vendo here either. The business end, the kitchen, appeals to the needs of the urban lunch crowd, but the single seat, three-season (glass half-full) cab rates one-half star. Tsk-tsk. 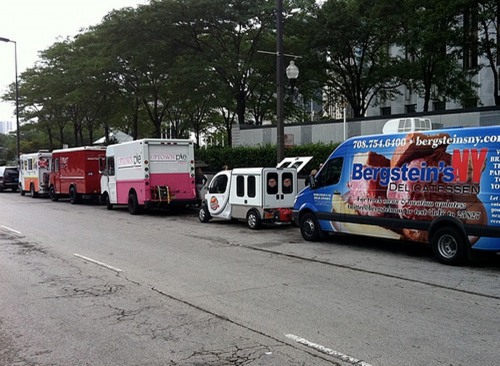 above] Here’s proof that the food truck concept is alive and well in Chicago, it’s first year. In this photo is the Pastymobile, a GEM ( global electric motorcar ) sandwiched in between the stinkpots, an endearing term sailors call motor boats. The GEM’s cab, three stars. 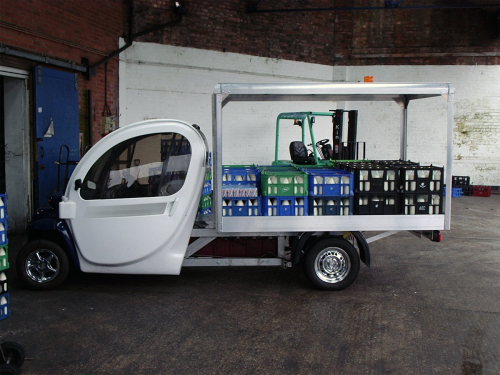 above] Here’s a GEM, that’s bigger than the Pastymobile. The soon-to-be introduced Bluebird electric commercial vehicle in the video below promises a gourmet electric food truck recipe. “Road chef’s! Start your electric ovens!”