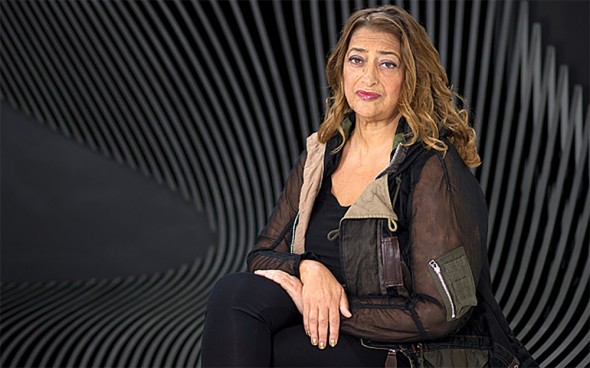 [official zha statement] “we were honoured to be selected to design a stadium that would enable japan to welcome the world for the 2019 rugby world cup and bring the 2020 olympic games to tokyo, before becoming a new home for japanese sport for many future generations.

“sadly the japanese authorities, with the support of some of those from our own profession in japan, have colluded to close the doors on the project to the world.

“this shocking treatment of an international design and engineering team, as well as the respected japanese design companies with whom we worked, was not about design or budget. in fact much of our two years of detailed design work and the cost savings we recommended have been validated by the remarkable similarities of our original detailed stadium layout and our seating bowl configuration with those of the design announced today.

“work would already be underway building the stadium if the original design team had simply been able to develop this original design, avoiding the increased costs of an 18 month delay and risk that it may not be ready in time for the 2020 games.”

above/below> kengo kuma’s winning concept incorporates the surrounding trees of the jingu shrine to create a stadium of wood and greenery. the roofing is a hybrid structure that uses wood and steel. the plan is for a stadium that cooperates with the surrounding environment and utilizes the latest technology to create a modern interpretation regarding japan’s climate, culture and tradition. 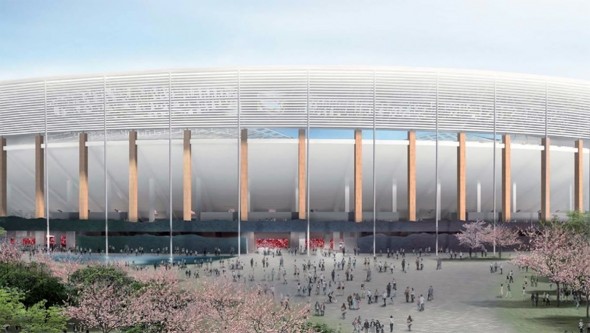 in the end, this project inspired two concepts, one a swank sculptural landmark that connects to the future, the other, a frugal nod to tradition that integrates with an everyday present.

somewhere in the research of this article, it was said that the track surface for kuma’s proposal will not pass olympic standards and the national stadium as is can accommodate the 2019 rugby world cup but not the 2020 olympics. but this is not confirmed.

so, each concept is not without controversy, the first led by credible rival local architects, two of whom were the winner and runner-up for the project. and both the runner-up and winner raise comments from even advocates that this is not their best efforts, suggesting a committee designed solution.

zaha does make a case for collusion with the following statement:

zaha hadid architects with arup sports won the international competition to design the new national stadium in 2012. the design was successfully used by tokyo in 2013 when bidding for the 2020 olympic and paralympic games.

zha and arup sports have been collaborating on the design with the sekkei joint venture that includes four of the largest design consultants in japan led by nikken sekkei.

the team selected in the new, restricted, competition includes azusa sekkei, who were part of the zha supervised original design team and focussed specifically on the seating bowl, and also one of the original contractors, taisei. taisei were contracted to deliver the ‘sunken bowl’ of the original zha/arup design (seating, access strategy, etc) and, along with azusa, had access to all of the detailed drawings, plans and work carried out over 2 years by the original design team.

this includes access to the detailed cost savings proposed (and associated design work) by the zha/arup sport including: reducing permanent capacity to 68k with temporary seats used to reach 80k; removing the retractable roof; removing air-conditioning from under each of the seats; removing the public walkway and viewing points around the venue,removing the permanent running track and removing the non-stadium functions such a convention centre, museum and gym. when zha proposed these changes they were rejected by the client and the team was eventually instructed to cease proposing cost-saving solutions. however, all these cost-saving solutions were adopted in the brief of the new competition.

zha wrote to the client on 21 august 2015 stressing that all the design work to date was the intellectual property of zha.