we just revisited the schindler house in west hollywood – also known as the kings road house or schindler chase house. in part, we have a renewed interest in the los angeles case study houses built from 1945 until 1965, which includes one of the architects tied to the schindler home, robert neutra. this time around, the house looked smaller and more tired than the first visit. maybe nothing more than first-time ‘everything’ never looks the same again.

for a background reference on the home and architect – see the mak center. the mak center though headquartered in vienna, hosts year-round architecture programs at the schindler house. conceivably their most far-reaching work is keeping this structure alive.

[ what came to light this trip ]
the slanted walls… are not aesthetic decisions but a consequence of a serendipitous collaboration with southern california architect irving gill. not only was gill breaking away from popular local spanish revival but equally important, he was working with tilt-slab poured concrete, a newer technique considering the technology at the time. and a technique that lent itself to minimal modernism. 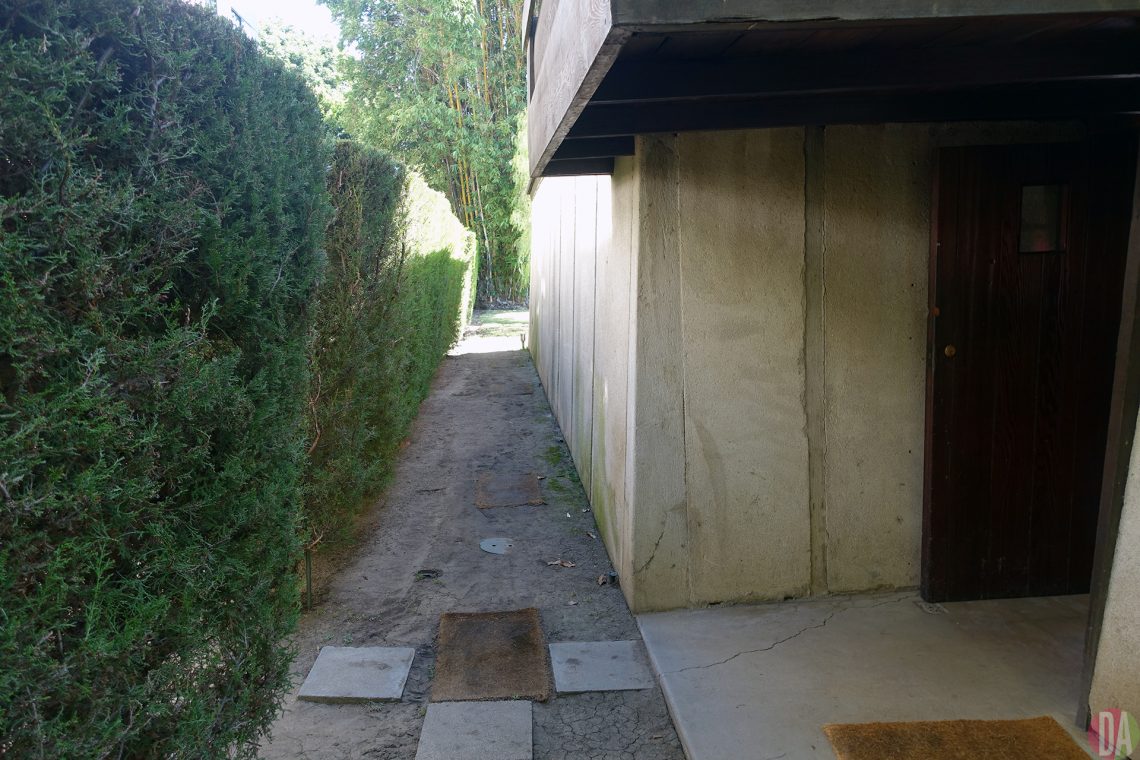 below > courtesy of mak 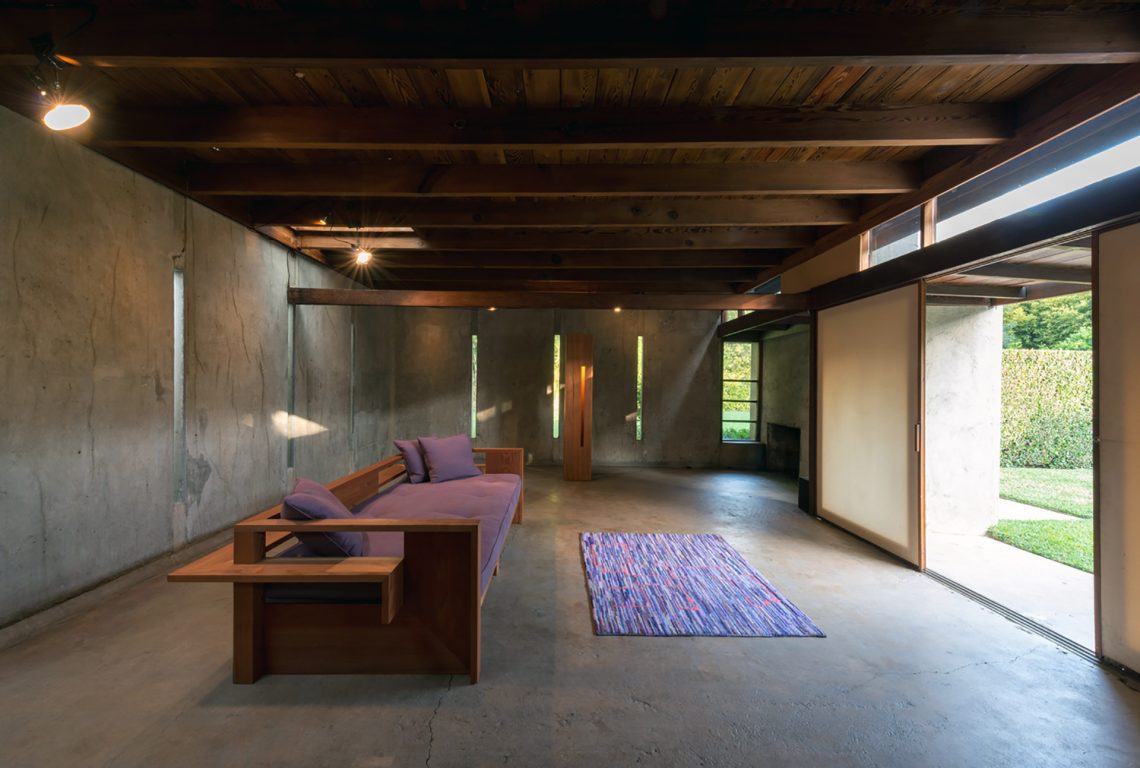 gill’s concept were solid concrete walls. in contrast schindler avoided a bunkeresque structure by creating modular-like four-foot wide tapered panels. the panels are joined together with slits of glass letting light in while offering impenetrable privacy. akin to a meurtrière in a castle. here the ever experimental schindler blends middle age and modern. but the spaces never really look like a cave considering low ceilings and cement as ample lighting pours in through generous window and entranceway treatments. here schindler was all about his philosophy of ‘architecture space’ where the interior is designed to confine just enough that once outside, the world explodes with light and space.

the robust japanese influence… schindler came to chicago to work with frank lloyd wright only to be hired as an office manager. there for only three years, he was in charge of the chicago office while wright was traveling to japan working on the imperial hotel. near the end of his stint with wright he oversaw the construction of the open-plan hollyhock house in los angeles. 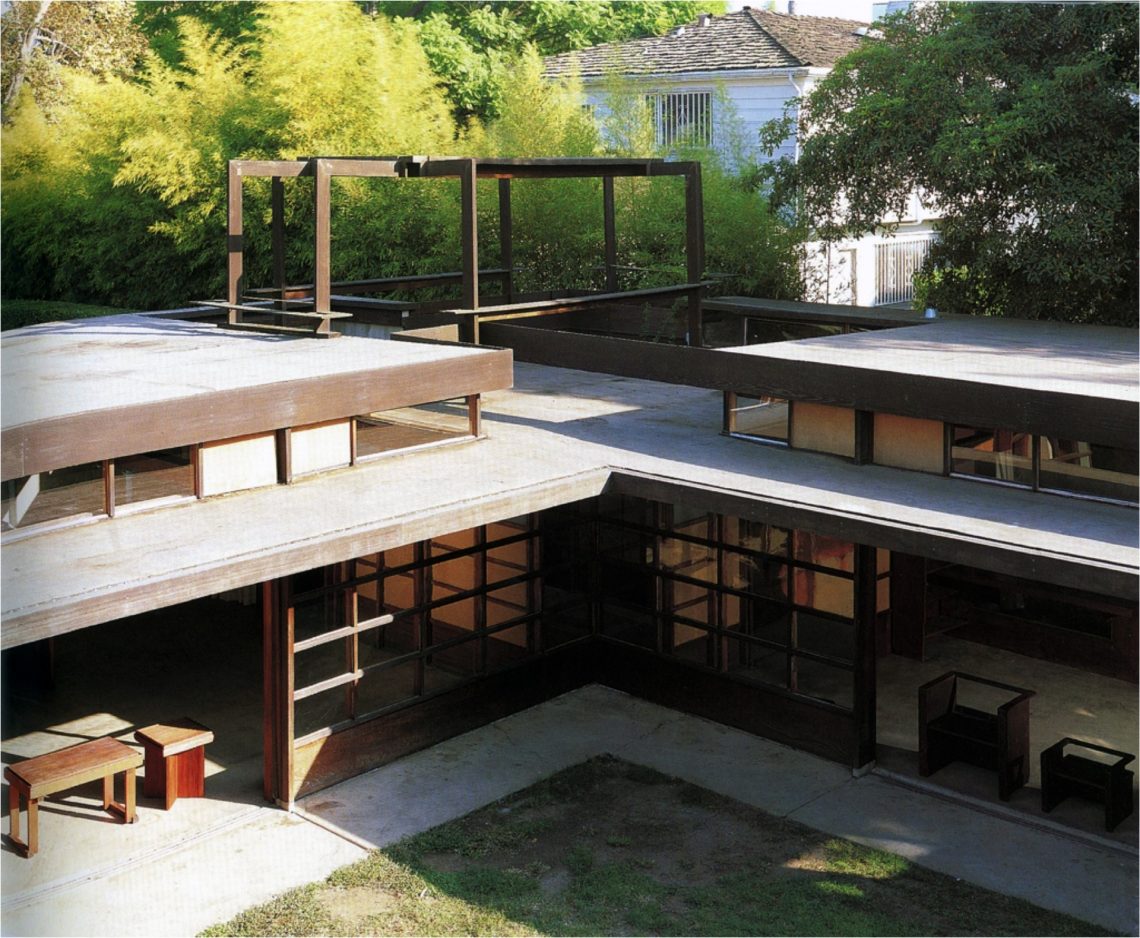 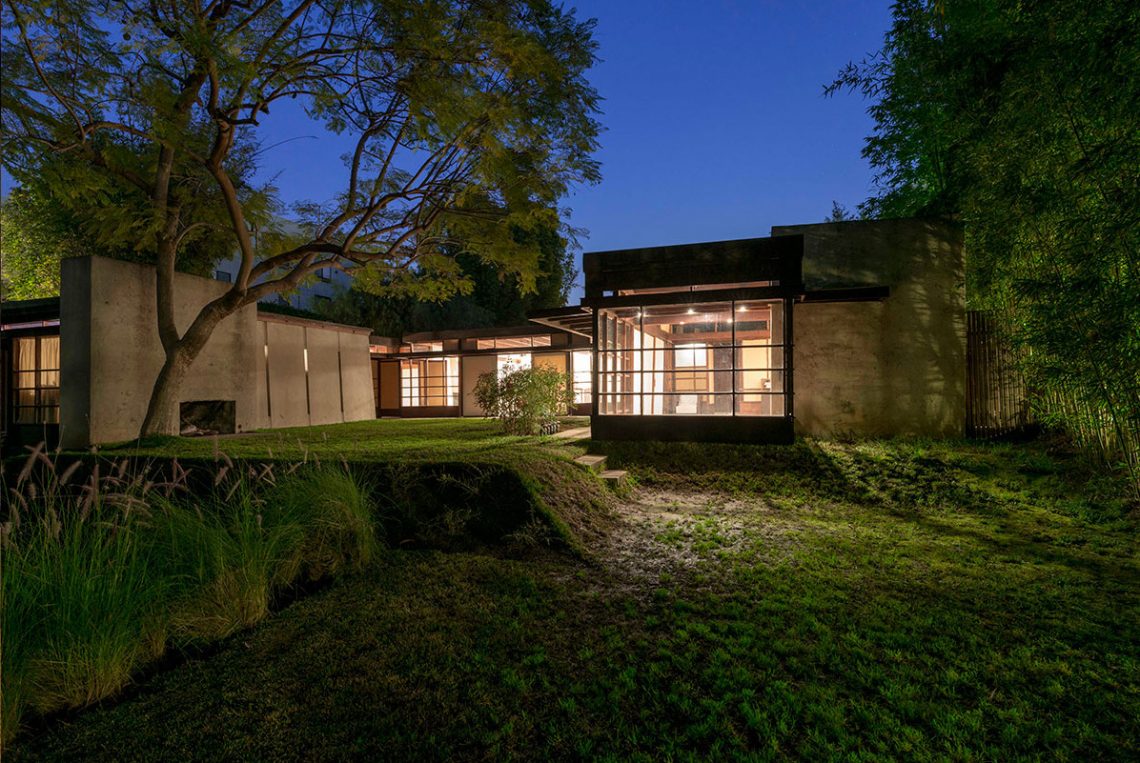 when you consider all the elements – the layout, the window details, the predominant use of wood, the communal patios, and the sliding doors and fabric on the dividing walls – the schindler house has a japanese shōji look. a shame there’s little landscaping interest. digging around has not turned up any other japanese influences schindler absorbed during his brief exposure to wright.

the out-doorsy sleeping spaces on the roof… los angeles nights are not all that warm but schindler foreshadowed the navi in sleeping in pods in a tree in avatar when he sought sleeping baskets under the stars. this notion feels absurd with the home surrounded by today’s west hollywood. however, looking at the 1922 lunar landscape, the living arrangement is a bit more palatable and no doubt perceived as bohemian with the schindler’s artsy social crowd. 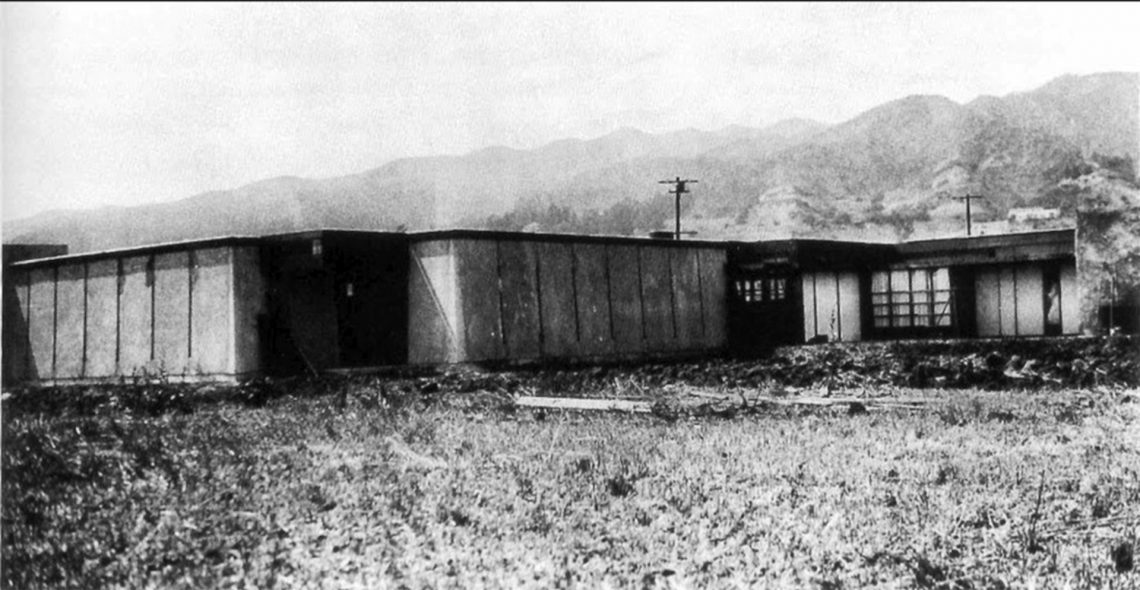 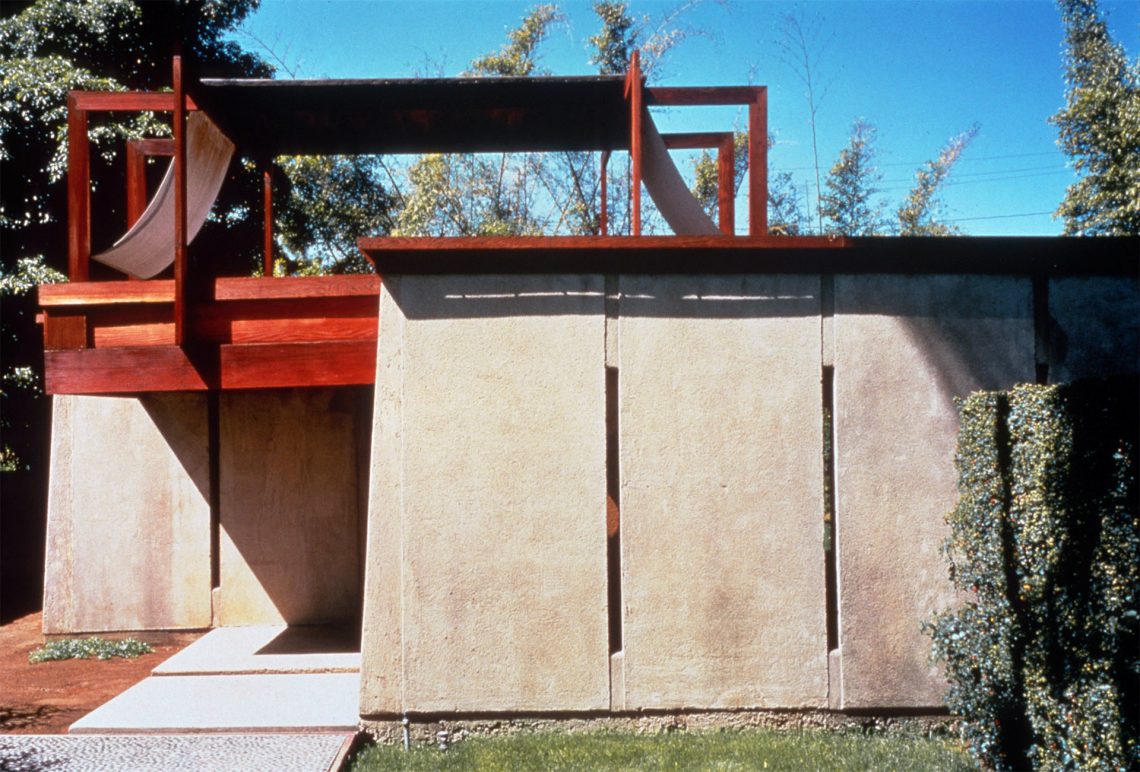 the two couple design concept… two l-shaped areas areseparated into 4 studio spaces for two couples, surrounded by grass patios and sunken gardens with separate entrances. self-contained guest quarters are separated from occupants’ areas. originally the two couples were schindler and his wife pauline, and marian and clyde chace. schindler would serve as the architect and chace the builder for their new home. 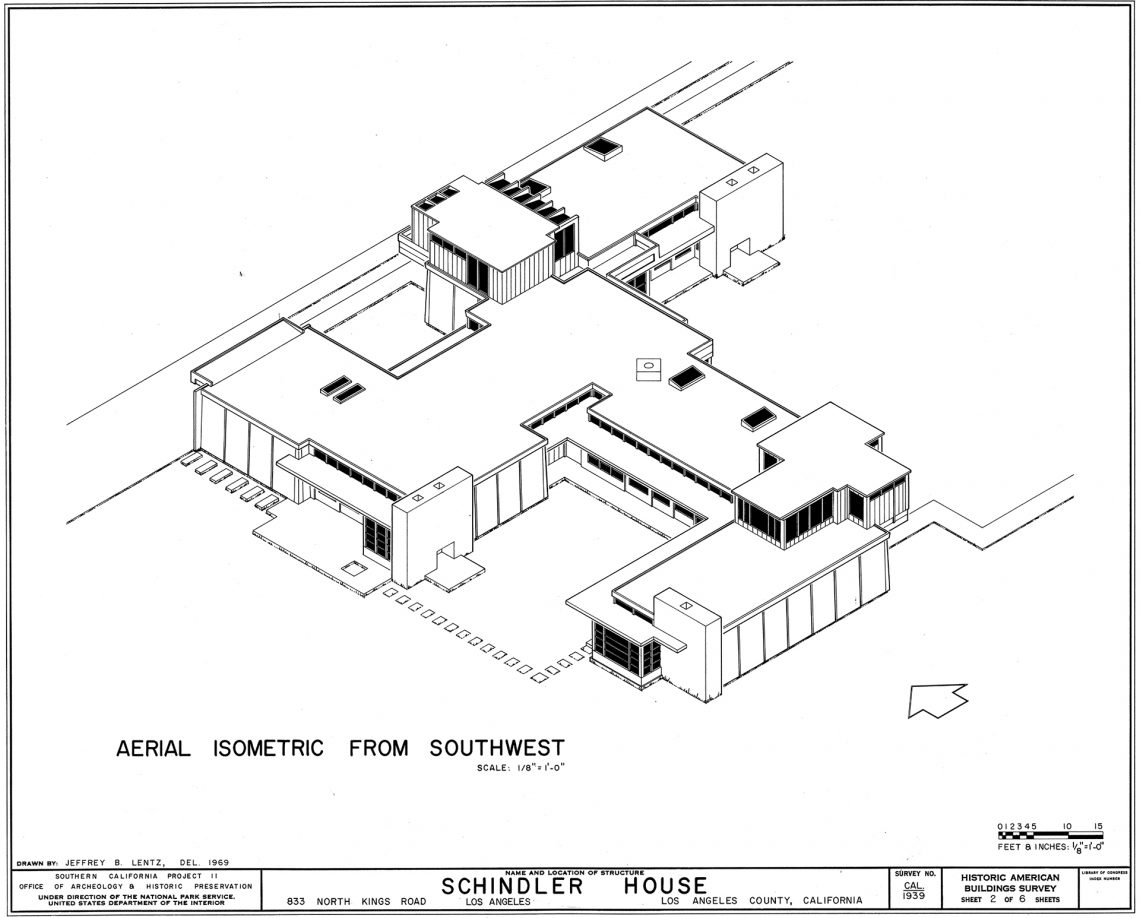 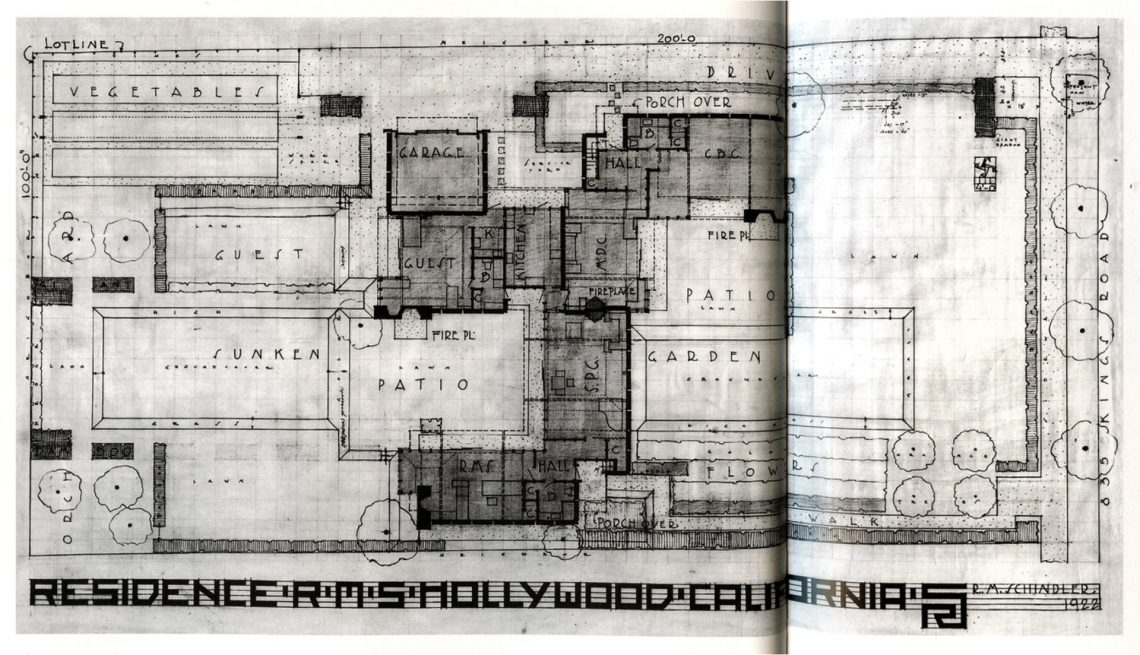 after having a second child, the chaces had to leave for florida in july 1924 due to financial pressures both couples endured.

one of the most profound happenings came a year later. another couple moved in. richard neutra! along with his wife, dione and their son. a whole other story!

the home is significant as many consider it to be the first modern dwelling in the u.s. built in 1922 on what looks to be a big field the conceptual home inspired observation and study then and continues to do so today. it’s worth a visit and they have an excellent book store on premise. 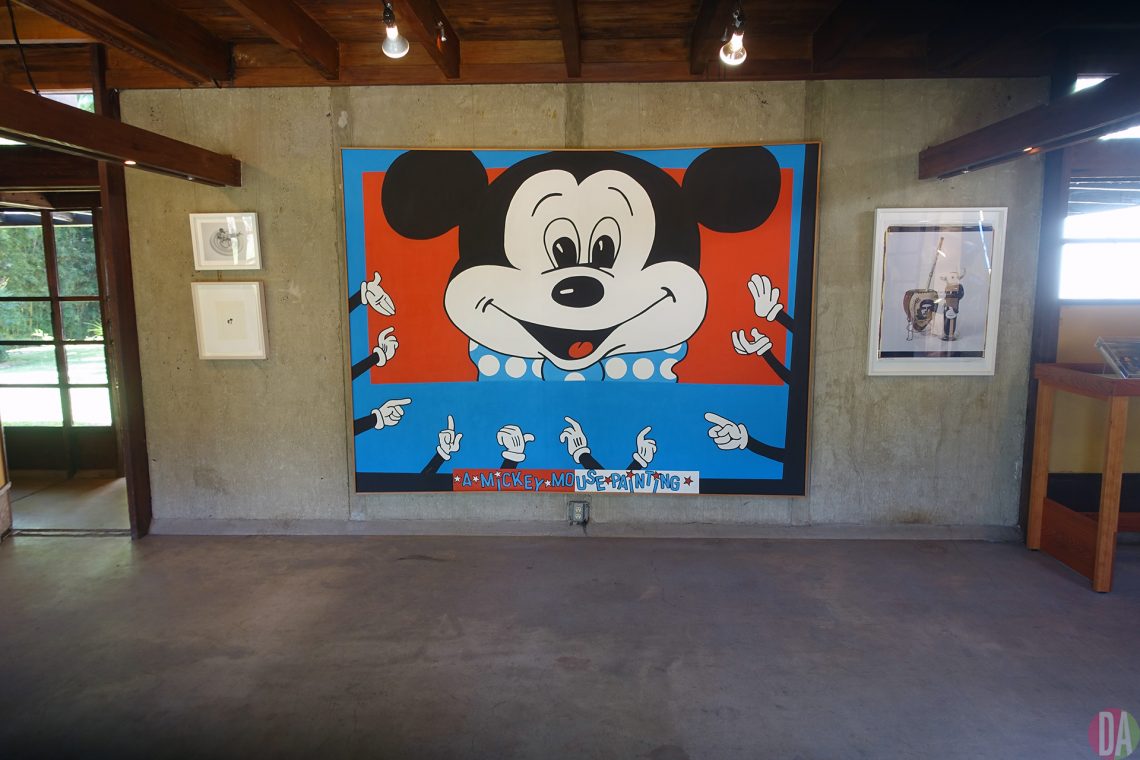 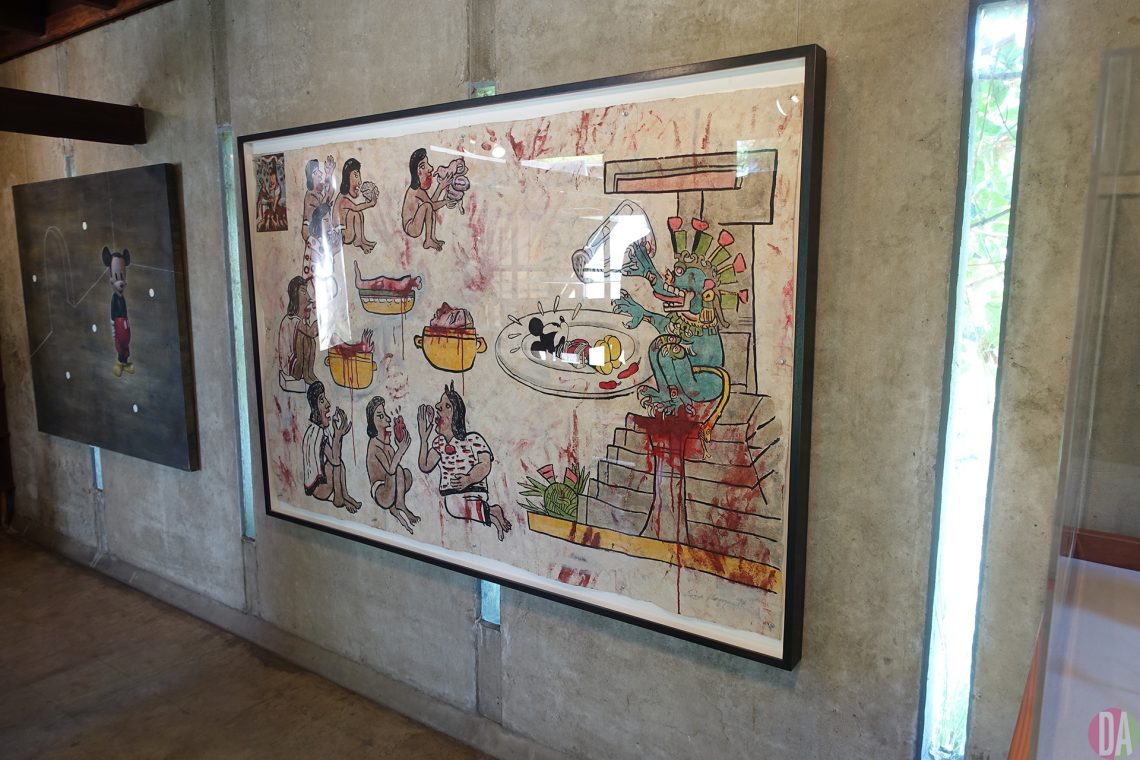 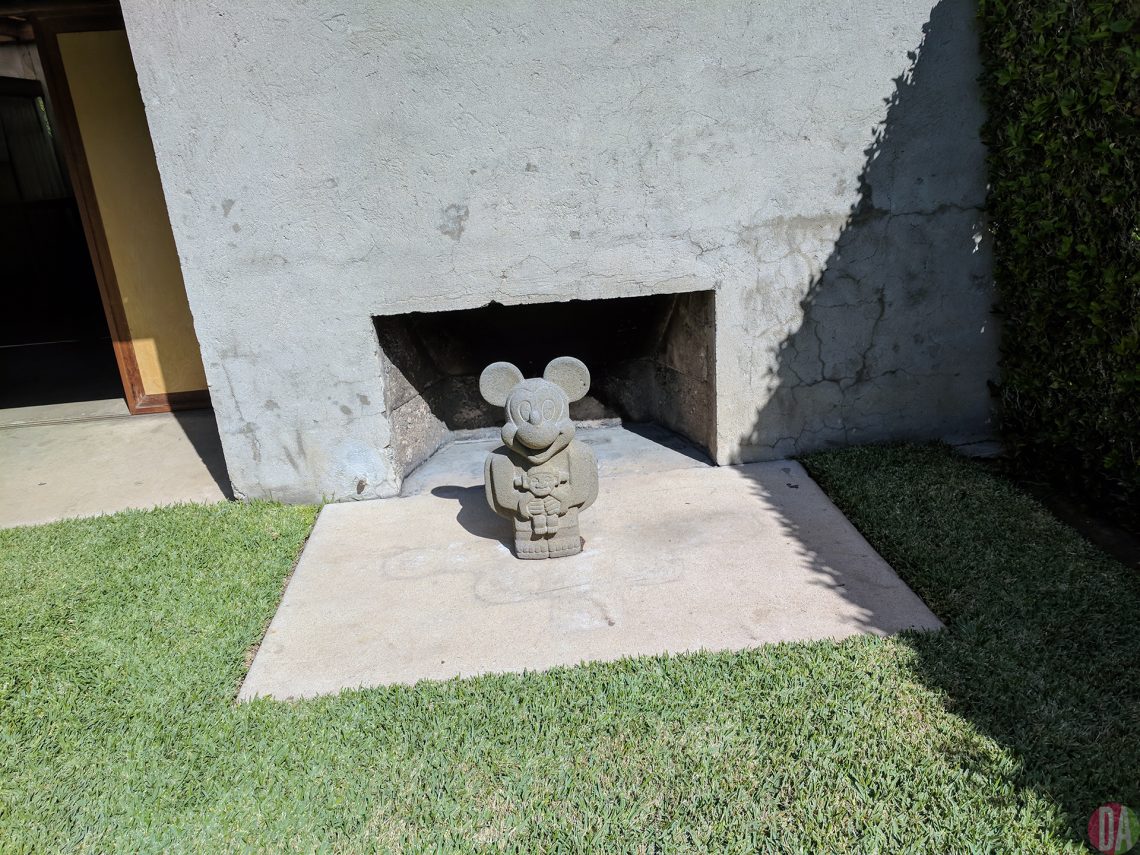