Just in, Cooper-Hewitt Director Bill Moggridge announced the winners of the 2012 National Design Awards, which recognize excellence across a variety of disciplines. The award recipients will be honored at a gala dinner Wednesday, 17 October, at Pier Sixty in New York.

“The National Design Awards program is Cooper-Hewitt’s largest and most widespread educational initiative and celebrates the full spectrum of American design practice,” said Moggridge. “The provocative work of this year’s winners truly shapes the way we experience the world.” 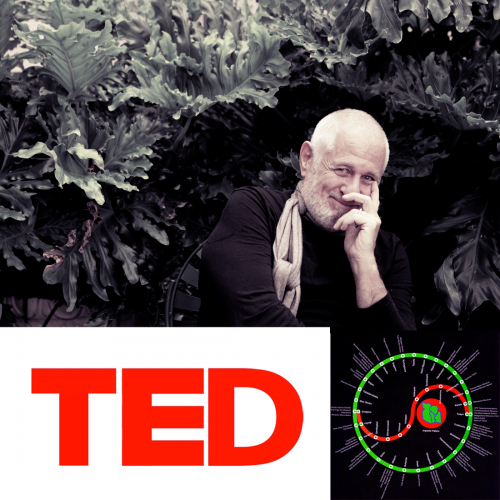 [ lifetime achievement ]
winner: richard saul wurman
The Lifetime Achievement Award, recognizing an individual who has made a long-term contribution to the practice of design, is presented to Richard Saul Wurman, FAIA. He created and chaired the conferences TED (1984-2002), TEDMED (1995-2010) and eg (2006) and is currently developing the WWW conferences, celebrating improvised conversations. Under his direction of TED, innovations that were premiered include the first Mac in 1984, Illustrator and Photoshop by Adobe, the Segway and iBot by DEKA, OnStar by GM, Frank Gehry’s earliest sketches of Bilbao and even the first announcement of Google. 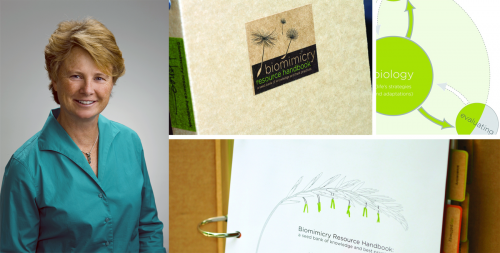 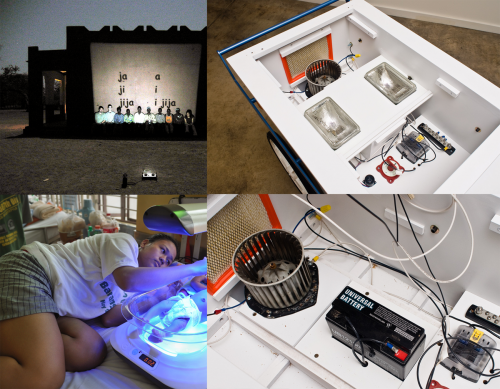 [ corporate and institutional achievement ]
winner: design that matters
The Corporate and Institutional Achievement Award recognizes a corporation or institution that uses design as a strategic tool of its mission and helps to advance the relationship between design and quality of life. The 2012 award is presented to Design That Matters. Conceived by graduate students at the MIT Media Lab in 2001, Design that Matters is a nonprofit design company that partners with social entrepreneurs to design products that address basic needs in developing countries. 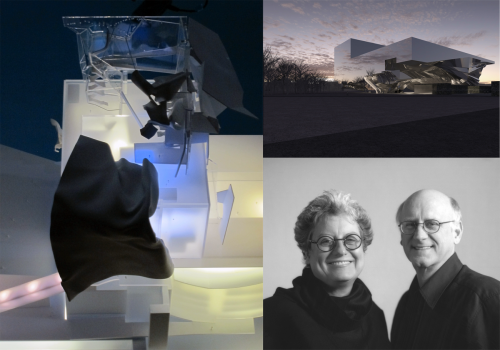 [ architecture design ]
winner: mack scogin and merrill elam architects
The Architecture Design Award, which recognizes work in commercial, public or residential architecture, is given to Mack Scogin and Merrill Elam Architects. The 40 year-old firm has won international acclaim for work that ranges from a sleek factory for Herman Miller to the Lulu Chow Wang Campus Center for Wellesley College and commercial office space for Tishman Speyer Properties. Their work has been shown at museums such as the Museum of Modern Art and the Walker Art Center. 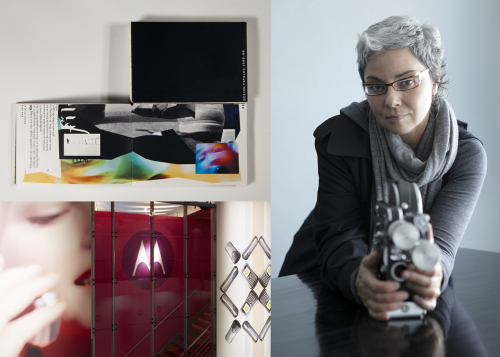 [ communication design ]
winner: rebeca méndez
The Communication Design Award, which honors work in graphic or multimedia design, goes to Rebeca Méndez. A designer, creative director, artist and educator, she has focused on critical reflection of visual communication practices around issues of organization, culture and identity. Since 1996, she has run a multidisciplinary studio based in Los Angeles, focused on design for art and architecture clients, including Frank Gehry, Thom Mayne and Bill Viola. 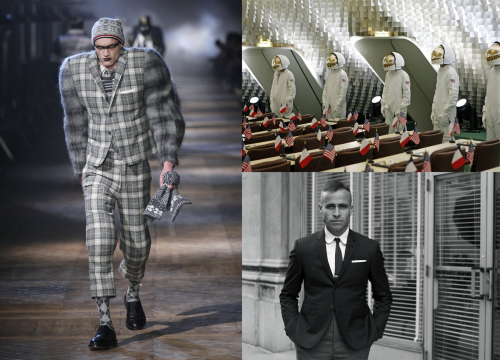 [ fashion design ]
winner: thom browne
Recognizing work in clothing, accessory or footwear design, the Fashion Design Award is presented to Thom Browne. The designer’s meticulous aesthetic is rooted in an American sensibility evocative of the late 1950s and early 1960s. He was named Menswear Designer of the Year in 2006 by the Council of Fashion Designers of America, Designer of the Year in 2008 by GQ magazine, and Most Influential Designer by WGSN. 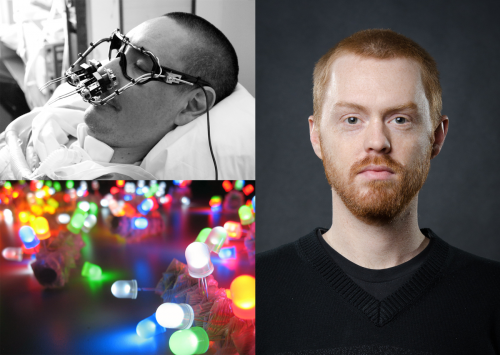 [ interactive design ]
winner: evan roth
The Interaction Design Award, given for exceptional work using digital technology, is awarded to Evan Roth, an interaction designer who visualizes, records and subverts transient, often unseen moments in public spaces, in popular culture and on the Internet. His approach takes inspiration from the free software movement and hacker ethos, leading to such notable pieces as Laser Tag, White Glove Tracking, a collaboration with Jay-Z on the first open-source rap video, and the Eye Writer a low-cost eye-tracking system originally designed for paralyzed graffiti artist Tempt1. 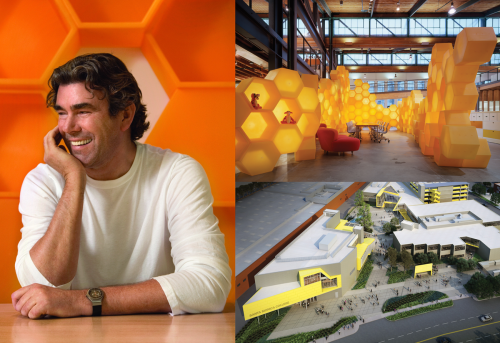 [interior design ]
winner: clive wilkinson architects
The Interior Design Award, recognizing an individual or firm for exceptional and exemplary work in domestic, corporate or cultural interior design, is awarded to Clive Wilkinson Architects. The practice has completed creative projects across the globe for clients such as Google, Nokia, 20th Century Fox and Disney, winning more than 75 awards in the process. Wilkinson has been inducted into the Interior Design Hall of Fame, named a Master of Design by Fast Company magazine and a Pioneer of Design by the IIDA. 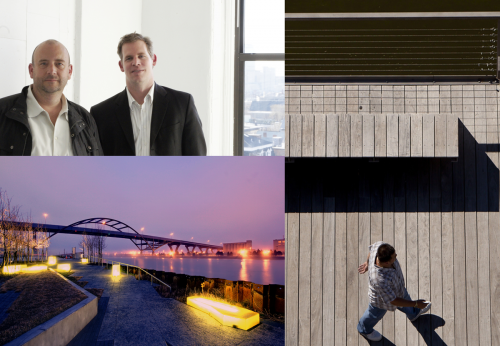 [ landscape architecture ]
winner: stoss landscape urbanism
The recipient of the Landscape Design Award, which is presented for work in urban planning or park and garden design, is Stoss Landscape Urbanism is a Boston-based collaborative design and planning studio that operates at the juncture of landscape architecture, urban design and planning. The firm’s projects include The CityDeck in Green Bay, Wis.; Erie Street Plaza in Milwaukee; The Plaza at Harvard University in Cambridge, Mass.; and Bass River Park on Cape Cod, Mass. In 2010, Stoss became the first North American firm to win the Topos Landscape Award. 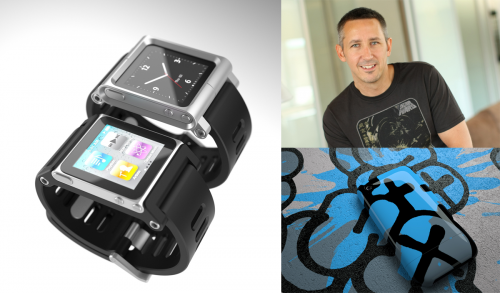 [ product design ]
winner: scott wilson
Given for work in the design of consumer goods, technology or home and office furnishings, the 2011 Product Design Award is presented to Scott Wilson. A former design leader at Nike, Thomson Consumer Electronics, IDEO, Fortune Brands and Motorola, he has created some of the world’s most recognized consumer design icons, including the Kinect for Xbox 360 and TikTok and LunaTik watches for the iPod Nano. Equal parts visionary and entrepreneur, his work has been exhibited at Cooper-Hewitt, the Museum of Modern Art and the Art Institute of Chicago.

First launched at the White House in 2000 as a project of the White House Millennium Council, the National Design Awards were established to promote excellence and innovation in design. The awards are accompanied each year by a variety of public education programs, including special events, panel discussions and workshops. First Lady Michelle Obama serves as the Honorary Patron for this year’s National Design Awards.