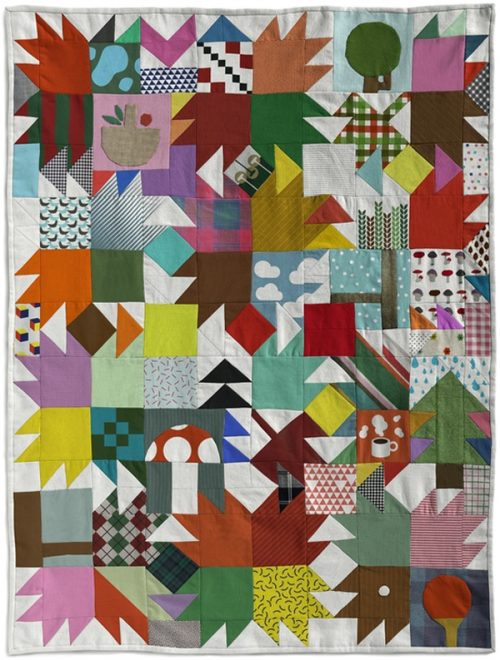 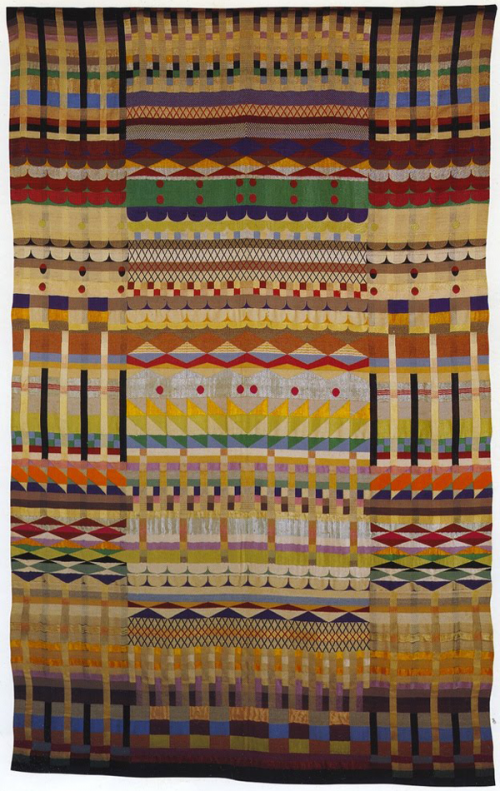 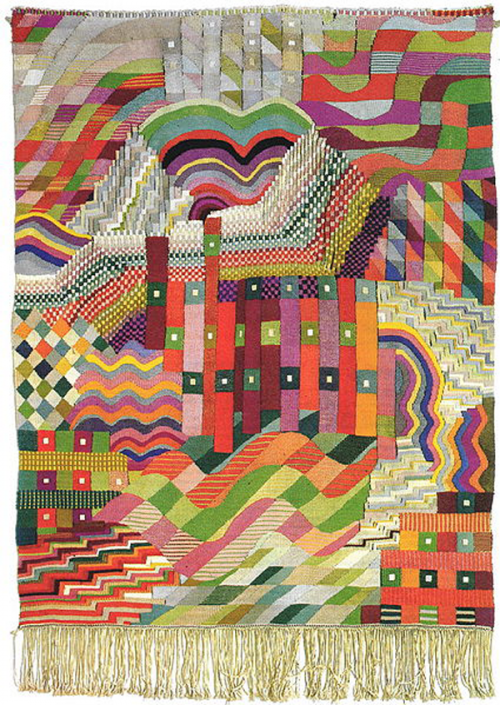 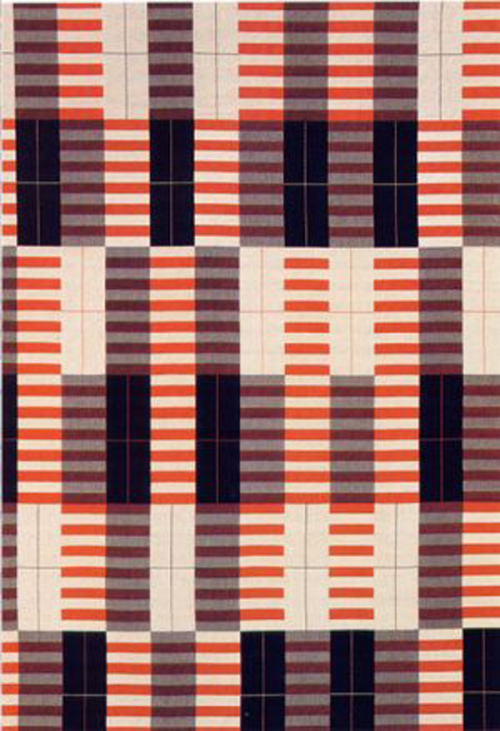 With the whole backwoods trend in full swing (log stools, antler lights, Pendleton, everything made of wood) I’m surprised that more people haven’t embraced quilting. I don’t mean to suggest just taking it up all of a sudden (lord knows my attempt to make a stool out of a log was embarrassingly unsuccessful), but why aren’t more designers trying out a modern approach to quilting? This quilt by Klas Herbert is the only one I’ve seen.

Remember all those amazing quilts made by the Bauhaus women like Gunta Stolzl and textile artist Annelise Albers? They’re gorgeous, but people seem to have forgotten about them. In fact, pattern-making in general seems to have taken a dive. With the exception of Marimeko, there’s hardly anything good out there, and none of it’s coming from designers, who prefer to focus instead on the more profitable product market. It’s a shame. I went to three different stores looking for a shower curtain – just a plain old shower curtain – and I came home empty handed. They seem to all be designed for college students or lovers of tapestry. It’s a sad day when a girl can’t even find a decent shower curtain anymore. What am I going to do when I need new sheets?