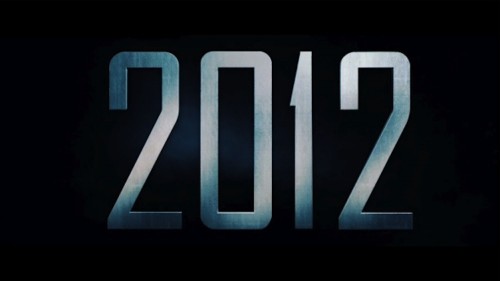 Smartphones will make significant inroads into an entirely new segment: the lower end of the mass market and the “base of the pyramid.” Huawei’s sub-$100 Android smartphone has already had significant success in Kenya, and major manufacturers are quickly following suit across Africa, India, Southeast Asia, and South America. These cellphones will not be notable for hardware innovations, as they’re stripped-down versions of their more expensive and feature-packed brethren. However, they’ll be notable for the fact that an eager population will be discovering the world of mobile technology and apps for the first time. This population is filled with experimenters, tinkerers, and developers who will unleash a new world of apps that address their own needs and pain points–those that have gone ignored by the companies catering to the top end of the market.

User interaction with technology is going above the glass. You no longer need an explicit tool or even direct manipulation to drive a user interface. With the ability of technology, like Microsoft Kinect, to see users’ movements in space, gestures are being added to traditional methods in new layers of interaction. Designing with this in mind requires new thinking about dexterity, ergonomics, and whether someone might feel silly or offensive with certain gestures. We are so involved in this space right now that we’ve had to move our design technologists’ desks to create enough room for all the hand-waving movements.

4. Flourishing Commerce in the Post-PC Era

We will likely see firms convert their successful web experience to a more streamlined mobile and tablet capability. But as consumers’ experiences with these rapidly evolving post-PC platforms mature, they will expect much more. The post-PC platform affords mobility, portability, payment capabilities, video and collaboration, location awareness, natural language processing, gestures, and so on. Clever firms will wield this fresh and evolving palette to craft engaging experiences in the real and virtual worlds. The aim will be to drive customer delight, loyalty, and engagement.

Given the demand for more connectivity between both people and places, it feels like technology is far behind in addressing the need to work efficiently and with the same “directness” of talking to a person in the same room. We are so far away from a high-def experience that we may want to reconsider sending a smoke signal. Make no mistake, technology is moving fast, as shown by the popularity of Skyping with friends and family across continents. Unfortunately, the truth is that most of our conversations across distances are far from perfect and no fun at all. We need creative collaboration between design and technology to rethink these experiences so that they are more fulfilling and “direct” activities in our lives.

We’ll see increasing numbers of scientists, technologists, architects, corporations, and even governments looking to biomimicry–designing objects and systems based on or inspired by patterns in nature–as an efficient innovation strategy. Why? Often, nature can provide examples of energy-saving, environmentally friendly solutions to a variety of technological challenges. These solutions have also been “tested” via billions of years of informal R&D–by animals, plants, insects, and other participants in the natural world who have come up with ways of harvesting water from fog, for example, or possess sleek forms that are more aerodynamic than traditional man-made ones.

The way of design is only achievable via creative model-making and prototyping by the designer. Tools, both real and virtual, connect our mind with the real world. However, tools also define how we shape things: Tools’ limitations enhance our deep involvement with them and the materials, and honing our skills ultimately leads to mastership. The curse of “easy” digital tools is to become complacent after relative early “successes.” This can lead to mediocrity and a loss of creative excellence. Like the new “polystyrene slates” of many new electronic products, where excellence is defined by how well the corners are shaped (a re-run of 1950s boxy design), our modern-day digital design software is the cause for zillions of repetitive and bland products. Charlie Chaplin’s classic film of mechanized dehumanization, Modern Times, is a déjà vu of our current state.

Have some predictions of your own? Let us know about them in the comments.

New Year’s day may have come and gone but it’s still early enough in 2012 to set forth a few more predictions before the year really gets underway. The latest prophecy comes from the tech experts at Frog, who have foreseen a future that includes biomimicry, a smarter use for Facebook and better mobile phones for the rest of the world. [via Fast Co.]

People can learn about and even experience a place before ever setting foot in it. Our Austin studio recently hired a creative director from Brooklyn who used the fly-through experience in Google maps to get a feel for a neighborhood where he was home shopping. As this mountain of data becomes more accessible, we will find ourselves more connected with information, with each other, and with the city that surrounds us.

11. Taking Computers Out of Computing

Voice recognition technology has finally hit its tipping point of capability, and the stage is being set for a generation of users to start assuming voice control, just as touch control is now assumed for any screen. But the spoken word is only a fragment of any conversation. Computer vision–especially depth-sensing cameras–will be able to pick up nonverbal cues such as gesturing or body language that complete human communication. When voice and gesture comprehension are paired, humans will be able to address technology naturally, without command jargon. The tactical steps being taken in 2012 are to “design the human” as the primary interface device in support of that.

Our Internet personalities have evolved into amplified personas that aren’t truly us. The current fervor around cloud computing only exacerbates the problem: Now, my 10,000 digital photos are in the ether, but am I any more emotionally connected with them and sharing them with my three closest friends in a meaningful way? This is about culling from the terabytes and sharing with the single digits. In 2012, product companies will deliver new products that begin narrowing the social circle and capturing intimacy and authenticity.

9. Gadget Convergence Will Lead to Specialization

I read countless blog posts proclaiming that dedicated devices, like the camera and the watch, will rapidly shrivel and die. Instead, I think new technologies will provide opportunities for them to get better. When users purchase a dedicated device, they are gravitating towards products with higher quality and better design to elevate their experience. It turns out that the convergent device is killing the commodity digital product while forcing everything else to improve. This is presenting companies and brands with an opportunity to do what designers love: Make things better!

We’re rapidly moving into a technology space where mobility is becoming less about a set of devices and more about the pervasive mist of data that we all generate with every interaction on the Internet. Managing, securing, and understanding this data will play a huge part in technology over the next few years. Moreover, making that data comprehensible to the consumer is key. The question has never really been, Is this possible? but rather, When will we have an ecosystem of compelling and useful devices and services that will integrate seamlessly into people’s lives? We think that time is finally arriving in 2012.

While logging in to third-party websites using your Facebook identity is now commonplace, we are beginning to see person-to-person exchanges making use of social networks to broker trust. For example, before you stay at someone’s spare bedroom via Airbnb, you have to sign in with your profile. I recently rented someone’s house in Toronto for a few days, and between our respective social networks, we found enough friends, relatives, and colleagues in common for him to lend me the property with confidence. In 2012, this reputation-enhanced lending and trading will become mainstream. We will lease, barter, and trade with relative strangers, banking on their reputations and connections.

Stay tuned for part 2. In the meantime, let us know your 2012 predictions in the comments.