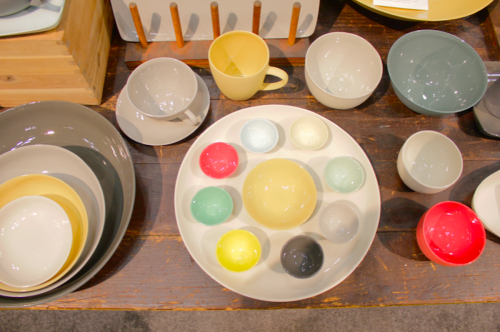 Mud Australia‘s line of handmade porcelain tableware easily caught my eye at the ever over-packed New York International Gift Fair this year. A rough wooden tabletop set off the collection’s picture perfect palette of soft greys, rich red, butter yellow and cheery robin’s egg blue. The exterior of all the plates, bowls and cups is left untreated, giving it a vitrified stone-like surface that’s balanced by the shining, glazed interiors. All the pieces are over, microwave and dishwasher safe, so they’re not only beautiful but practical, too.

Mud crafts their porcelain in their Sydney studio, where they also sell Chilewich’s place mats and table runners, Kobo soy candles and Vitsoe furniture. While their products are carried by a number of retailers in the United States, Mud has never had an American storefront of their very own until now. In just a few weeks they’ll be opening up shop in Soho on Crosby Street. Stay tuned for more news of the opening. 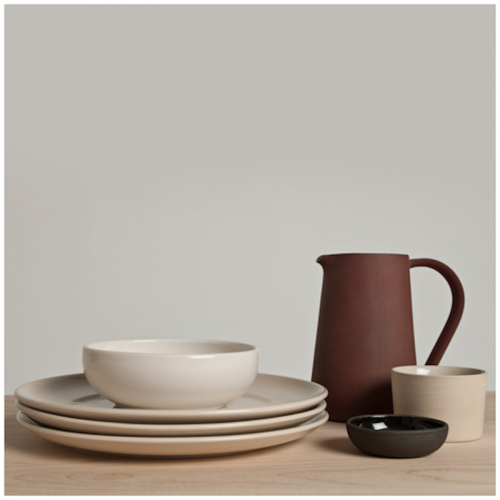 I’ve long been a fan of Another Country’s contemporary craft furniture, especially their Series Two dining set, but they’re also a great example of how a furniture company can increase their brand visibility by selling other home products made by designers and craftsmen who share a similar aesthetic – like Ian McIntyre, for instance. Another Country debuted his tableware collection, Another Pottery Series, during London Design Week last year.

The hand-crafted collection includes a jug, plate, bowl, cup and something called a pinch pot, which gets its name from the original process, which didn’t involve a potter’s wheel, but consisted of simply pinching the wet clay together to form a small dish. All the pieces are made using a Jigger/Jolly process wherein “a piece of clay is placed into a spinning female mould and a male profile is introduced, squeezing the clay between the two surfaces. Mould and profile come together and any excess clay squeezed out by the process is trimmed off. This project,” McIntyre goes on to say, “explores the aesthetics created when the clay does not fully fill the moulds.”

More specifically, “the jug is slip cast and made of Terracotta which has been fired to an unconventionally high temperature that vitrifies the body of the clay giving it the strength of stoneware and achieving the scorched colour. The pinch pot is black stoneware, the bowl, cup and plate are sandy stonewares. The clay shapes are pressed on these machines and then fettled, dipped in glaze, fired and polished.” 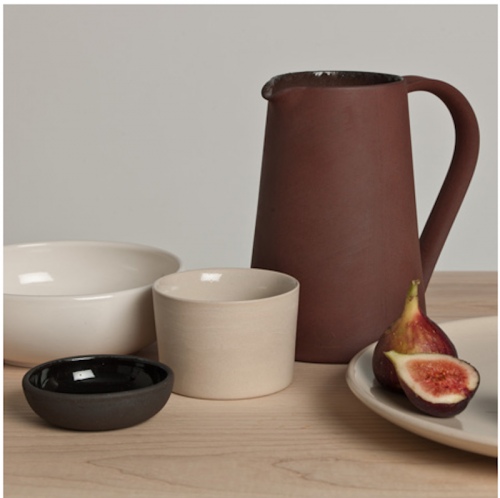 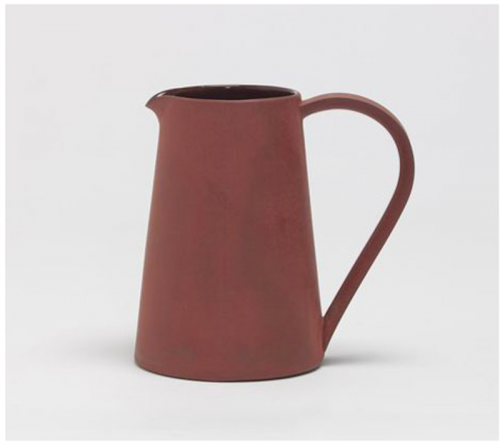 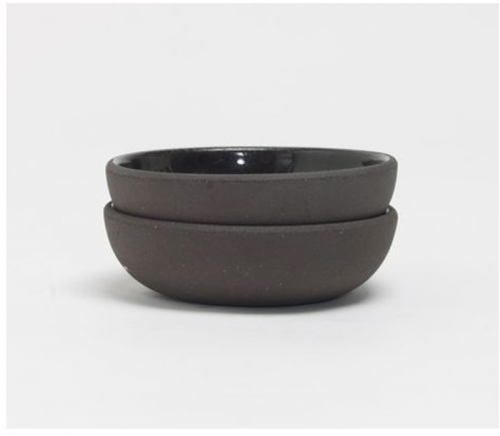