such as Sebastian Brajkovic

Home Tag such as Sebastian Brajkovic 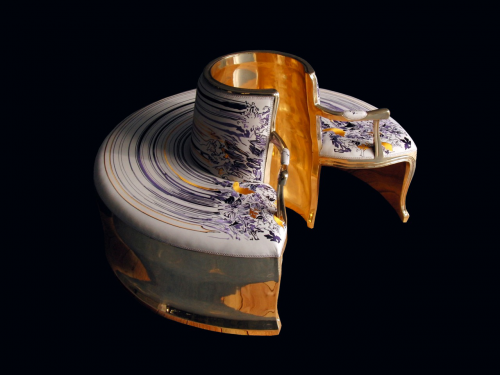 During PAD New York 2011 CWG will engage a collaborative design-driven dialogue with its artists, presenting an exhibition that will redefine the concept of the “art fair booth” as we know it. The booth’s atmosphere will be punctuated with utilitarian sculptures to promote bold, contemporary and innovative design-art, where sculptural form prevails over the central functionality of the artworks. CWG will showcase a marriage between a classic repertoire of design artworks—with relevance to historical staples such as the Jean Royere-inspired Royeroid Collection by Robert Stadler—while simultaneously focusing an unprecedented spotlight on emerging talents.

[ About Carpenters Workshop Gallery ]
Established in 2004, based in the heart of London’s Mayfair district, with a new space opening in the Marais in Paris in late September, CWG is renowned throughout Europe as one of the world’s foremost contemporary design-art galleries. Its focus is to promote and foster the careers of contemporary designers through exhibiting unique and limited-edition works in solo and group exhibitions and at international art and design fairs. These shows introduce the public to the latest design aesthetics, enriching and enlightening the contemporary design landscape and discourse whilst giving emerging designers a voice. CWG exhibits unique and limited edition works both by emerging artists and designers such as Marc Quinn, Atelier van Lieshout, Studio Job, Wendell Castle, Johanna Grawunder, Maarten Baas and Ingrid Donat, as well as encouraging the talent of the up-and-coming generation, such as Sebastian Brajkovic, Robert Stadler, Pablo Reinoso, Demakersvan, Lonneke Gordijn & Ralph Naua, and Vincent Dubourg, among others. [ Carpenters Workshop Gallery ]