Just in: Essen/Stuttgart. Style Porsche design team has been awarded as the ”red dot: design team of the year 2012.” Chief designer Michael Mauer and his team of 80 have been dedicated to the task of sustaining and advancing the Porsche identity across all model ranges since 2004. With the new Porsche 911 Carrera, the design team has triumphed in carrying forward the success story of the 911, which has spanned a period of nearly 50 years up to now. For this, the design icon was already awarded the “red dot: best of the best 2012” this year.

“That we won both of these most renowned awards this year makes me and my team proud indeed. It means we pursue the right design philosophy. With our work, we have ensured that a Porsche has always been a signature Porsche for many decades – from the 911 up to the Cayenne. The quality of our design is founded on our brand values: tradition and innovation, sportiness and suitability for everyday driving. This unique combination and the conviction that good design has to be honest, functional and timeless constitute the foundation of our characteristic Porsche design language,” says Michael Mauer, Director Style Porsche.

Prof. Dr. Peter Zec, initiator and CEO of the red dot design award, explained the decision to bestow the honorary title to Style Porsche: “The Porsche 911, like no other sports car, actually like no other vehicle as such, stands for tradition and innovation in the finest and truly symbiotic sense.” The team of Style Porsche, he said, realizes this balance to perfection, creating a profound product identity. “Even beyond the 911, Porsche has continually done great things. The successful introduction of the new generations of the Boxster and the Cayenne, as well as the launch of the outstanding Panamera, are product coups without precedent.” 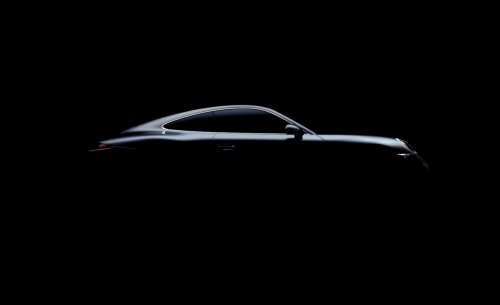 The Porsche 911 is 49 years old. For just the seventh time since 1963, changes to the 911 aren’t merely evolutionary. It’s total re-engineering based on a new platform that is lighter and allows a new level of dynamics. Porsche released a video about redesigning the 911. “What we as designers are striving to above all is to optimize the width to height ratio with the result that although the 911’s width has not increased, the front axle area has become wider, and we’ve managed to make the roof a bit lower.”