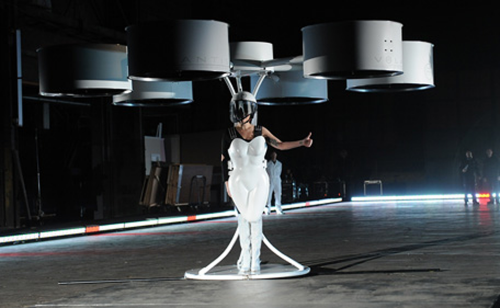 Gaga lands at the Brooklyn Navy Yard in Volantis, a flying dress at a press conference for her artRave party on Sunday 10 November 2013.

“Volantis is essentially a vehicle,” the 27-year-old entertainer told the crowd. “I wanted to make today about something even more important to me. And what that something is the youth of the world.”

Volantis was conceived by Studio XO in Gaga’s TechHaus. It has six booms in a hex formation and is powered by 50 volts of batteries. The dress also has a carbon fiber molded mimic of a fitted couture dress. It’s creative. 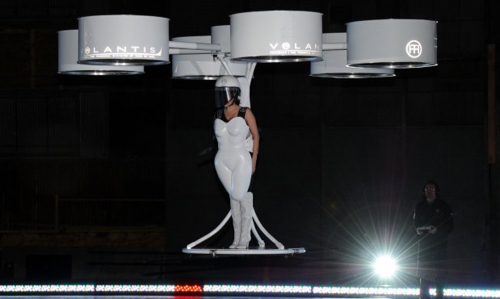 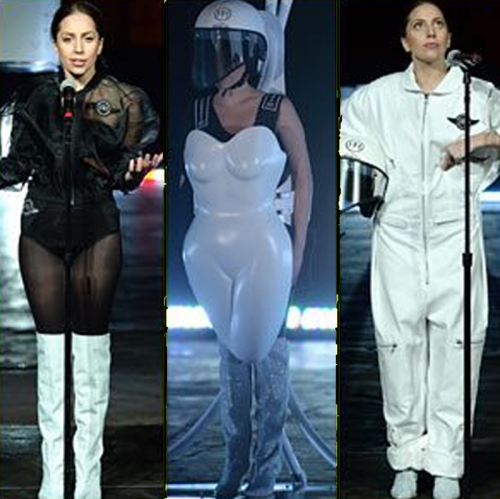 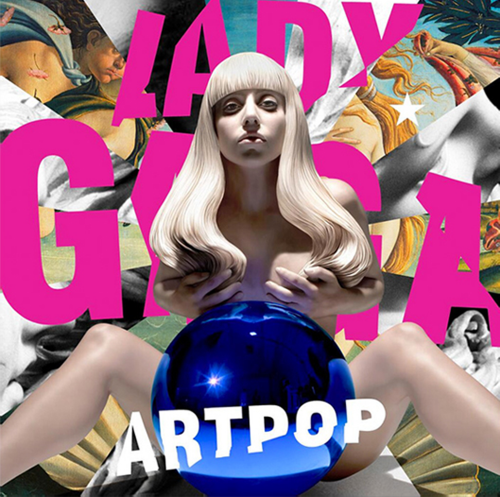