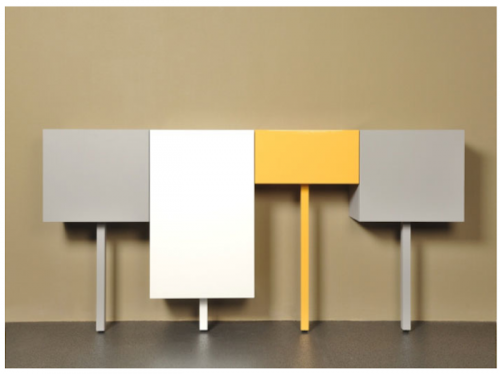 Sticks aren’t a brand new design, but since I’ve never seen a cabinet system quite like it I think deserves some attention anyway. Made in 2011 by Gerard de Hoop, a product and interior designer based in the Netherlands, Sticks come in four different heights and widths and a variety of colors, so you can customize them to fit the needs of your space. They can be used a lowboard, sideboard, small wardrobe or as a single loose cube that can serve as a nightstand or side table.

Which brings me to their best design feature (if it wasn’t obvious already): they stand on one leg, making them the pirates of the cabinet world. Really, their one-legged-ness comes from de Hoop’s devotion to minimalism, so minimal, in this case, that he did away with 75% of the product’s base. Still, they’re just as stable and function just as well as their quadraped counterparts. 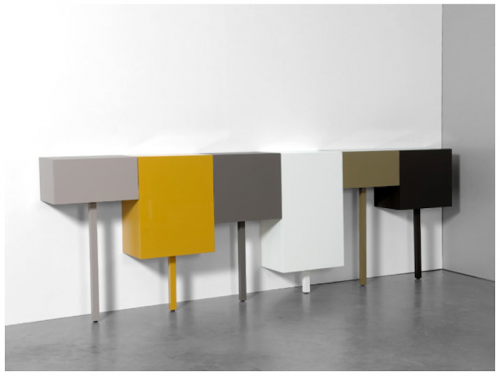 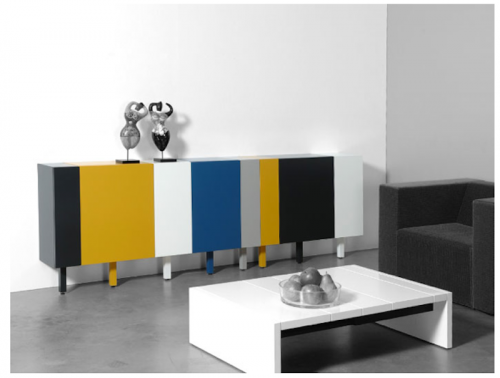 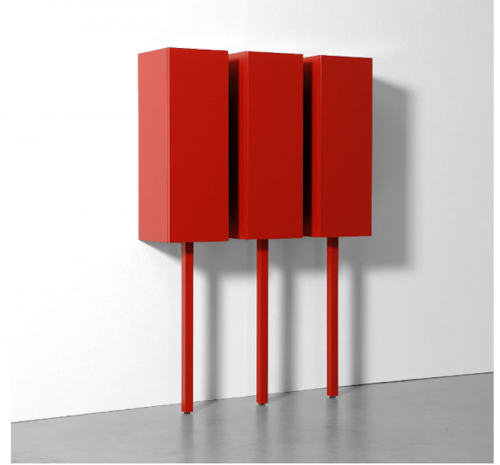