poster house is thrilled to partner with design historian steven heller for an evening examining the iconic and impactful work of lucian bernhard.

lucian bernhard is the putative father of the modern advertising poster. he came to be best known for the sachplakat—or object poster, a subset of the greater plakatstil (poster style) genre. unlike the jewish, vienna-based julius klinger, bernhard left germany before 1933 and became a more variegated commercial artist, producing type face families, children’s books, logos, and identity systems. this wide-ranging talk will examine bernhard’s european and american accomplishments in the design field he helped to invent.

steven heller is the co-chair of sva mfa design / the designer as entrepreneur, and author or editor of 200 books on design, political art, and popular culture. he has written extensively about weimar-era design. heller is also the recipient of an nea grant to study lucian bernhard’s life and work.

julius klinger: posters for a modern age comes to poster house from the wolfsonian–florida international university in miami beach, fl.

this virtual event will be hosted on zoom with attendees cameras off. a recording of the event will be made available for all registered attendees. closed captioning will be provided. questions about access? please email salvador muñoz, public programs manager, at salvador@posterhouse.org

Designing the font for the tallest building in the world.

designing the font for the tallest building in the world. the font created for the tower may be spreading to other parts of the middle east. via the atlantic [CAM] 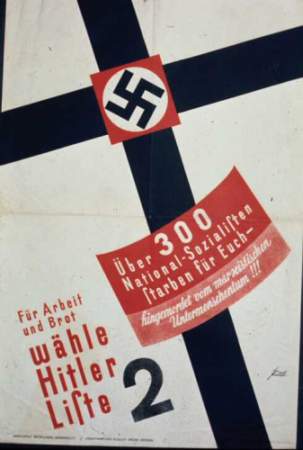 He’s the art director at The New York Times, the author of more than 130 books and writes the blog The Daily Heller for Print Magazine’s website. Nary a book on design can be published nowadays without an introduction written by him. I’m talking, of course, about Steven Heller, who’s work reaches every dusty corner of the design world. He was recently on the Faith Middleton Show talking about the Nazi’s interest in graphic design – kind of a no-brainer if you’ve ever seen Nazi propaganda posters. I’m not sure if Nazi font choice counts as pop culture, but Heller does make some interesting points where that’s concerned.

“Pop culture is often maligned as fleeting, but history shows that sometimes what is pop in one culture has time-honored resonance in later ones. This book is an attempt to show that pop culture, especially as seen through the lenses of design, illustration, satiric and political art (and other things), is integral to a broader understanding of who we are and where we are going.”—Steven Heller, from the Introduction of “Pop: How Graphic Design Shapes Popular Culture”

How do popular culture and graphic design influence one another? What are the goals of design? Are they to sell? To package? To entertain? The answers to these questions are complicated and are intimately tied to the effect design has on the overall culture. POP is the first book to analyze the role of graphic design in the broader culture, as well as the impact of design on other art and entertainment forms, from album covers to baseball stadiums.