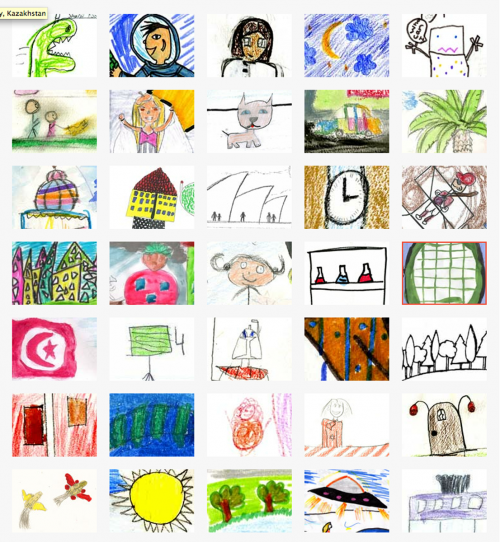 [ Steelcase 100th anniversary ] To celebrate their anniversary they asked 100 children from around the world to dream of the future. [ Follow the future by following these kids ]

[ Neocon 2012 ] Steelcase unveils their vision of spaces and technology at NeoCon 2012 that will optimize video interactions at work. Their new concepts are in response to an emerging behavior Steelcase research identified: people living on video.

“Workers today are at the epicenter of a major shift in work styles — they are using video in their personal and business lives and are working virtually more than ever before,” notes Allan Smith, Vice President, Marketing at Steelcase.

Video traffic has increased significantly, with large companies experiencing an increase of 70 percent annually according to recent Cisco research. Sixty two percent of employees regularly collaborate with people in different time zones and geographies. “Work is more global today and we need to interact with colleagues located all over the world.

Meanwhile, video technology has grown rapidly and become more accessible — it’s portable, one-button simple and cheap. But we realized that the physical spaces for video conferencing haven’t kept pace with the technology. People would use video even more if the experience was more comfortable.” 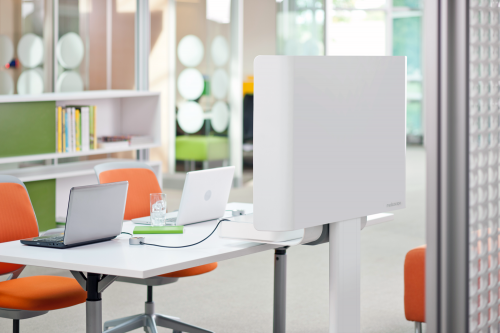 Steelcase’s concept uses space to augment video technology. The company is showcasing spaces that are optimized for one-on-one interaction, but can also accommodate two people for impromptu meetings or calls. These units, which are visually reminiscent of a photo booth, feature a “Core Unit” display screen that contain everything needed for a high-quality video call: the monitor, microphone, speakers, processor and a camera are all embedded in a display that can be height-adjusted so it feels like you’re really making eye contact. The spaces offer controlled lighting, a flattering background and is acoustically enhanced – the outside surface reflects sound and the inside surface absorbs it.

For 100 years, Steelcase has been bringing human insight to business by studying how people work, wherever they work.

DesignApplause interviewed Kevin Butler, a Steelcase workplace consultant specializing in ergonomy—the science relating to humans and their work. Kevin tells us of his goal to make workers more healthy and happy when they leave their job than when they started their job. Be on the alert for Kevin’s mission.

Steelcase is globally accessible through a network of channels, including store.steelcase.com and over 650 dealers worldwide. Their workplace research is published through the Steelcase 360 Magazine, 360 iPad app and 360.steelcase.com. 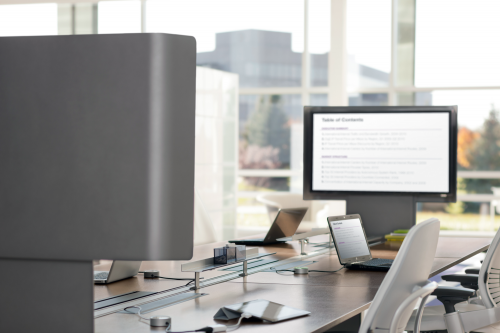 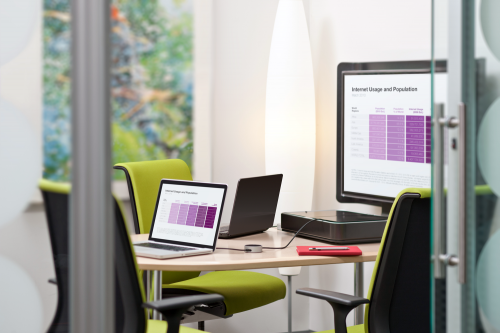 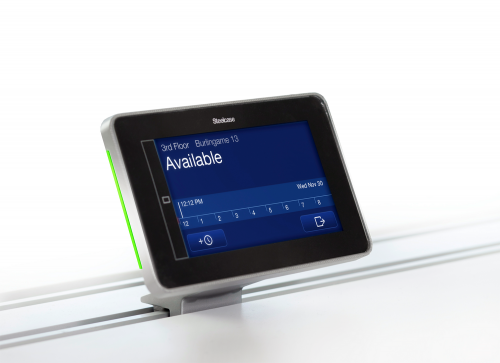 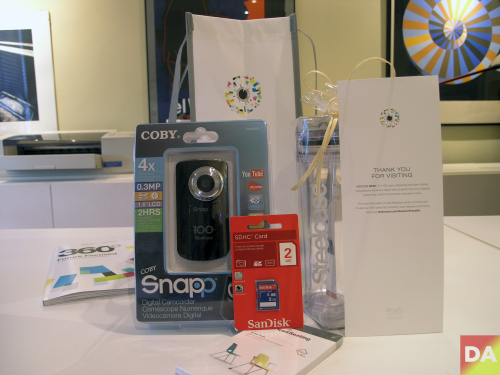 The anniversary media kit was quite more than that. It was a gift too, thank you Steelcase. The little digital camcorder is pretty cool. [photo taken in DA office] Happy anniversary [ steelcase ]