The timekeeper. Omega and the olympic games. 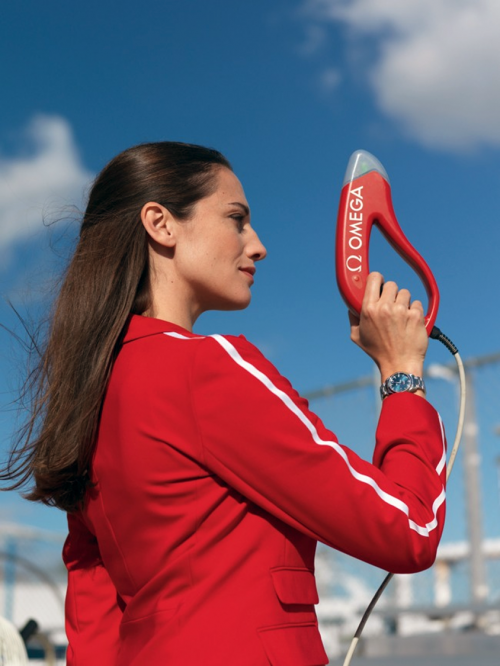 The Swiss watchmaker Omega has been timing the Olympics officially since 1932. In 1936 the starting pistol fired blanks and the bang set of the electric timer. In 2008 and 2012 the starter’s pistol is the red e-gun. The
e-gun is perhaps a touch more accurate than the revolver, but its main advantage is that it’s un-gunlike. These days, getting timing equipment through security checks would be a logistical nightmare. 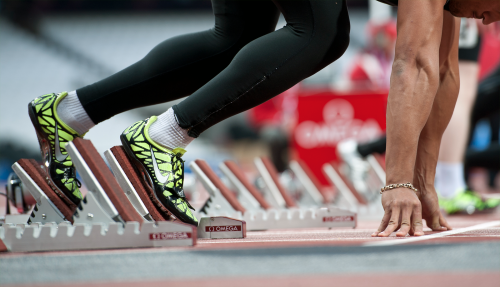 Starting blocks were first introduced at the 1948 games. 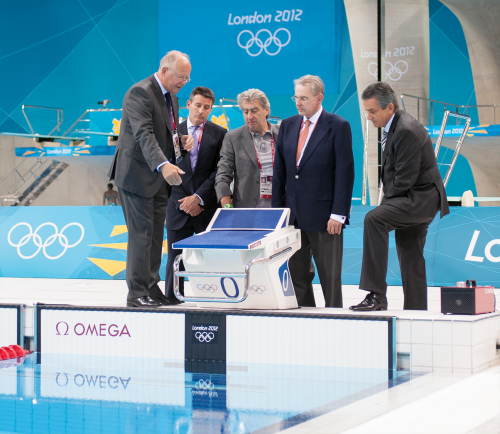 All of the events at the Los Angeles 1932 Olympic Games were timed by 30 chronograph stopwatches, compared with some 400 tons of equipment used today by the company’s 450 timekeepers. 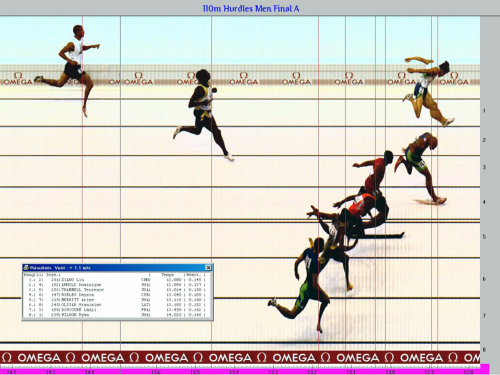 The OMEGA Scan’O’Vision is a combination of a time detector and a chronograph. In fact, the familiar image of runners at the end of a 100-meter sprint flinging themselves across the finish line isn’t a photograph at all, at least not in the conventional sense. No shutter opens and closes to expose a film inside a camera. Instead, photo-finish images are produced using a high-tech image-capture device that records up to 2000 “scans” (digital images) per second. Each runner is captured by this timing and image-making device as he or she crosses the finish line, and each appears in the final “photograph” above a scale showing the time that has elapsed between the start and the finish of the race. Each scan represents a “slice” of time one two-thousandth of a second wide. [ details ] 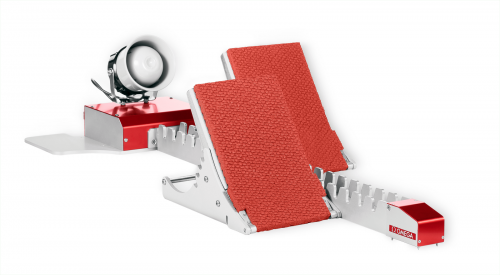 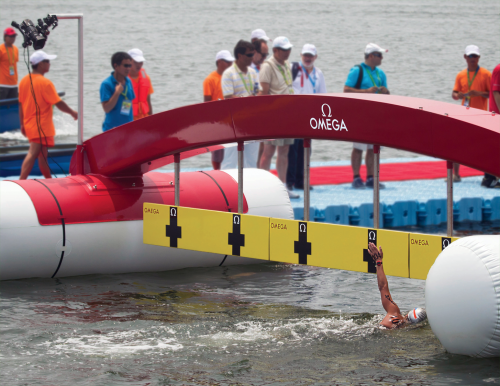