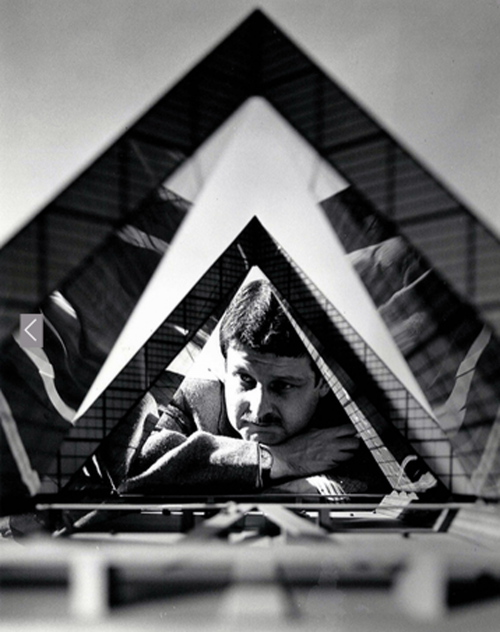 Ceci n’est pas une rêverie (This is not a dream) is both a retrospective and a reexamination of the architectural concepts of Stanley Tigerman. Throughout the exhibition, Tigerman’s texts, sketches, cartoons, object designs, architectural drawings, and models are organized in relation to nine themes that single out certain leitmotifs of his thought since 1960: Utopia, Allegory, Humor, Death, Division, (Dis)Order, Identity, Yaleiana, and Drift. Evident in this work is Tigerman’s insistence on the transitory nature of architectural interpretations and on the spiritual and ethical value of ambivalence. The installation spreading through all three floors of the Graham Foundation’s Madlener House builds on the playful, oneiric, and surrealist undercurrent of Tigerman’s work and underscores the abiding importance of his approach. 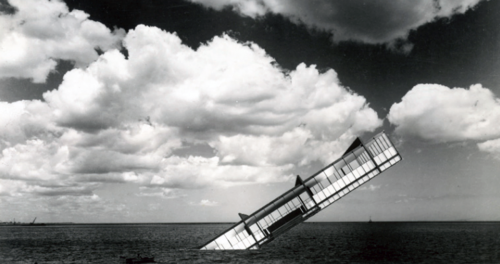 A Chicago native and principal in the architectural and design firm of Tigerman McCurry, Stanley Tigerman (b. 1930) has undertaken nearly 400 projects, resulting in more than 175 built works. Tigerman trained in some of Chicago’s top firms from 1949 until 1959 including the office of Keck & Keck, Milton Schwartz, Skidmore, Owings & Merrill, and Harry Weese. Following his graduation from Yale University, where he received both his BArch (1960) and MArch (1961) under the leadership of Paul Rudolph, Tigerman established his own firm, working with several partners, before founding Tigerman McCurry Architects in 1986 with his wife Margaret McCurry. Tigerman is the author of seven books includingThe Chicago Tribune Tower Competition and Late Entries (1980); Versus: An American Architect’s Alternatives (1982); The California Condition: A Pregnant Architecture (1982); The Architecture of Exile (1988); Stanley Tigerman: Buildings and Projects 1966-1989 (1989); Schlepping through Ambivalence(2011); his autobiography Designing Bridges to Burn (2011), and he has edited numerous others. In addition to being chosen as was one of the architects to represent the United States at the 1976 and 1980 Venice Biennales, the work of Tigerman’s firm has been exhibited in major galleries and art museums around the world, including the Art Institute of Chicago, the Metropolitan Museum, and the Museum of Modern Art in New York. [ tigerman mccurry ] [ chicago reader ] [ hungry for events? > shared practice ]