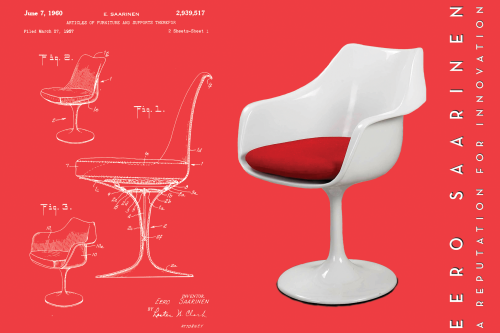 Eero Saarinen, born in Finland, Eero Saarinen (1910 – 1961) is recognized today as one of America’s most influential architects of the 20th Century. The exhibition at A+D Architecture and Design Museum in Los Angeles will highlight his short but brilliant career bookended with two iconic buildings: the unbuilt Smithsonian Gallery of Art which was to be Washington, DC’s first museum of modern art and Dulles International Airport which was designed as the nation’s first jet airport. He built numerous corporate, educational, cultural, public and private buildings along with such recognizable icons as the St. Louis Gateway Arch and the TWA terminal at JFK.

[ Eero Saarinen: A Reputation for Innovation ] promotes the rediscovery of the man, his deep connections to Finland, his American idealism, his passion for design, and his still very valid principles which he promoted throughout his life and career. The exhibition will present his contribution to California Case Study houses and shed light on his influence on design in mid-Century America. Of interest was Eero Saarinen’s secret professional life during the WWII when he served in the OSS, the precursor of the CIA. His wartime experience influenced and helped Saarinen establish himself as one of the most creative designers with products that broke technological and aesthetic boundaries including the Tulip chair and the Womb chair, both still in production by Knoll. 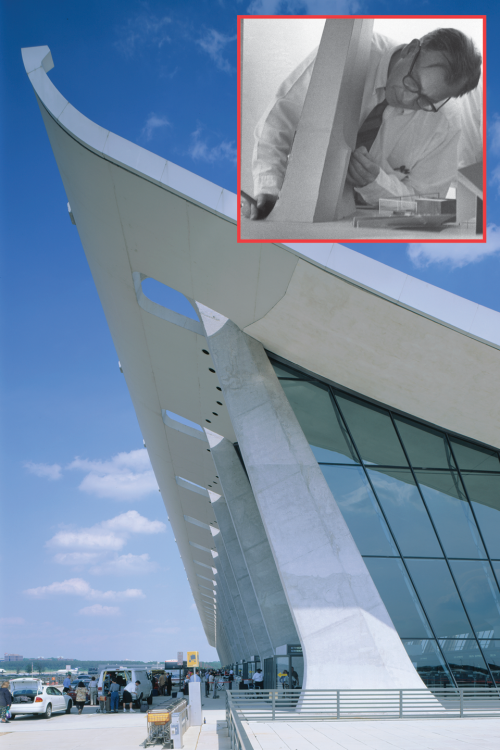 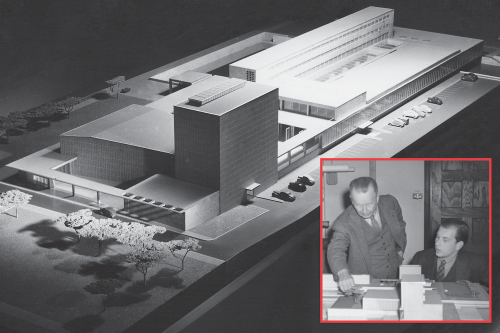 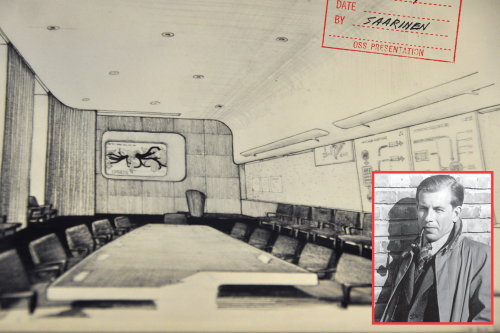