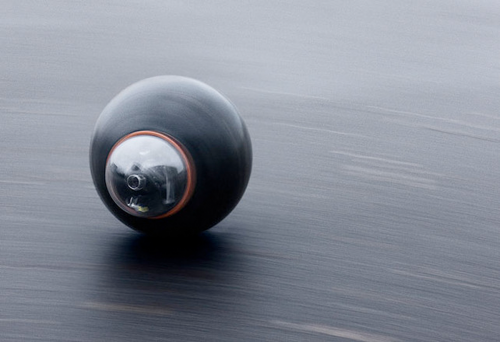 This robot originally designed to explore other planets is being tested as a spybot. GroundBot incorporates wide-angle cameras and assorted sensors into a sphere that can spy on bad guys autonomously in in mud, sand, snow, and water and it can float. Nearly two-feet tall, a little larger than a tire, it weighs 55 pounds. A surveillance robots can weigh 400 pounds or more. A battery powers it for 8 to 16 hours before needing a recharge and it goes six mile per hour. Groundbot is virtually silent, so it can self-propel around airports, border crossings, and wherever, fairly inconspicuously.
producer: rotundus