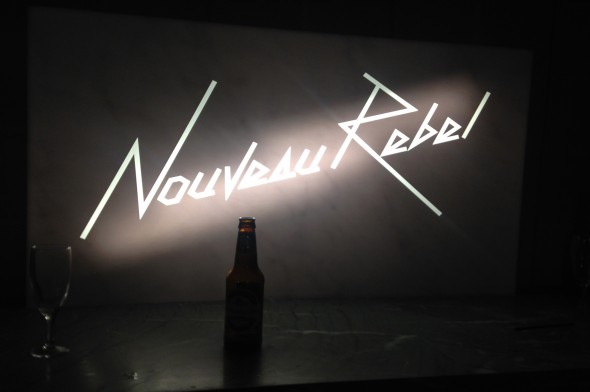 do you have a modish modern marble fetish?! look no further than british designer lee broom‘s nouveau rebel collection opening at the future perfect. the collection, launched during london design festival in september 2014 at his flagship london store, is a tongue-in-cheek reference to the cultural associations of marble, the collection’s core material. the collection is comprised of five products in lighting, glassware and accessories

“i named the collection nouveau rebel as it is a material favored by the traditional art world and also the nouveau riche. i like the tipping point between these two worlds, and i wanted to create contemporary products that use the material in new ways. i am very excited to bring this new collection to new york.” says broom. 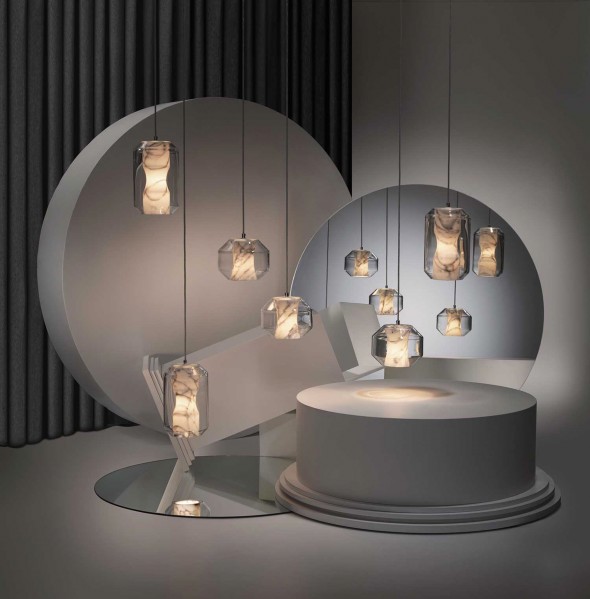 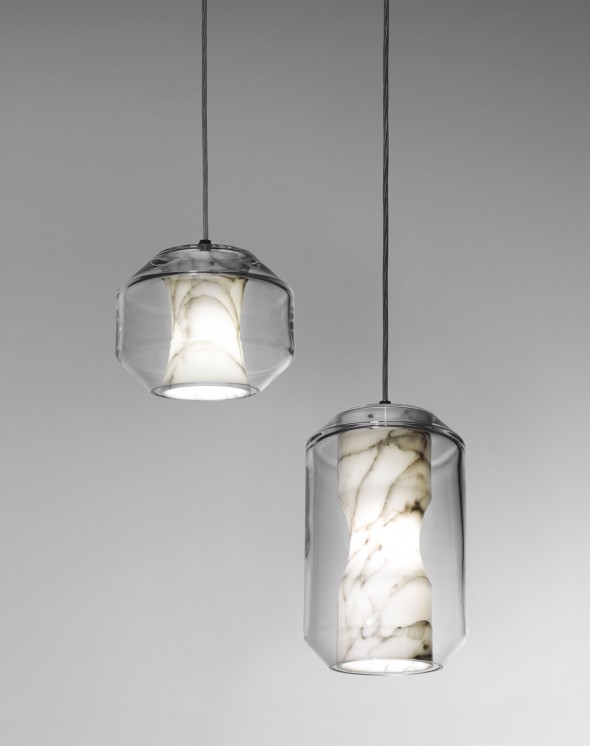 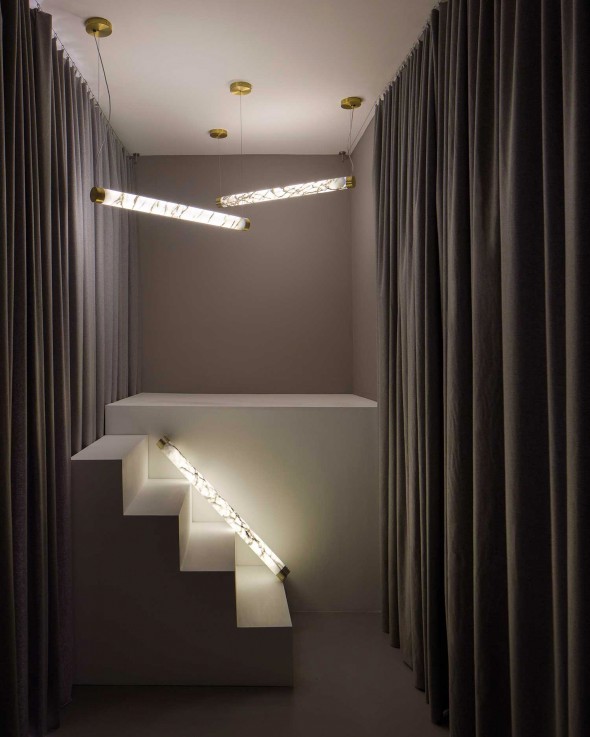 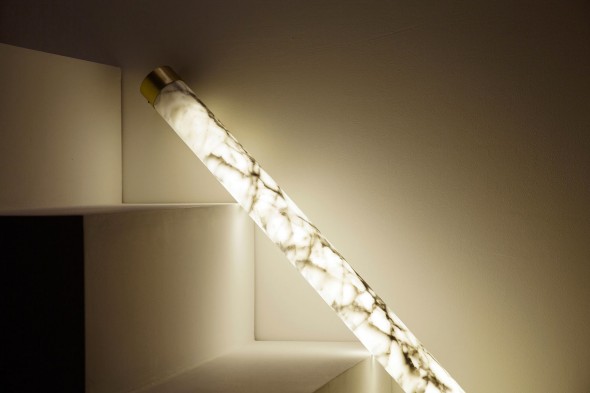 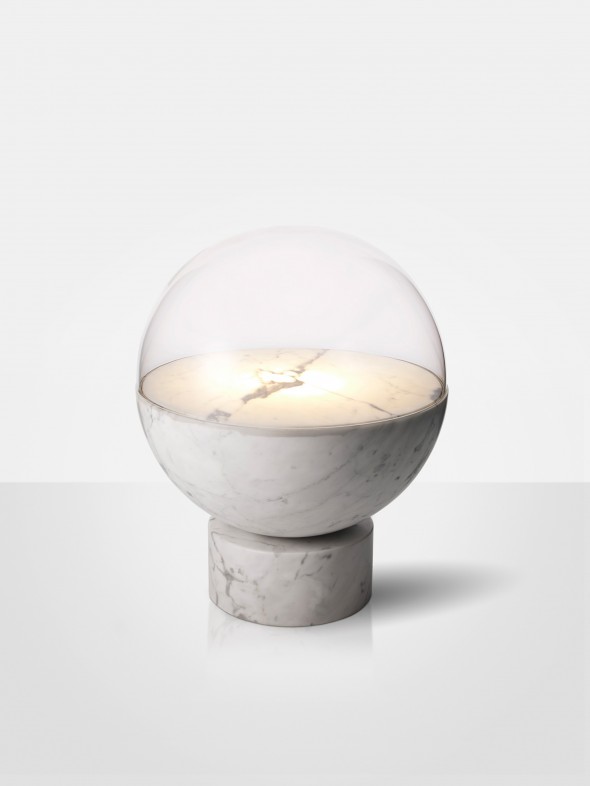 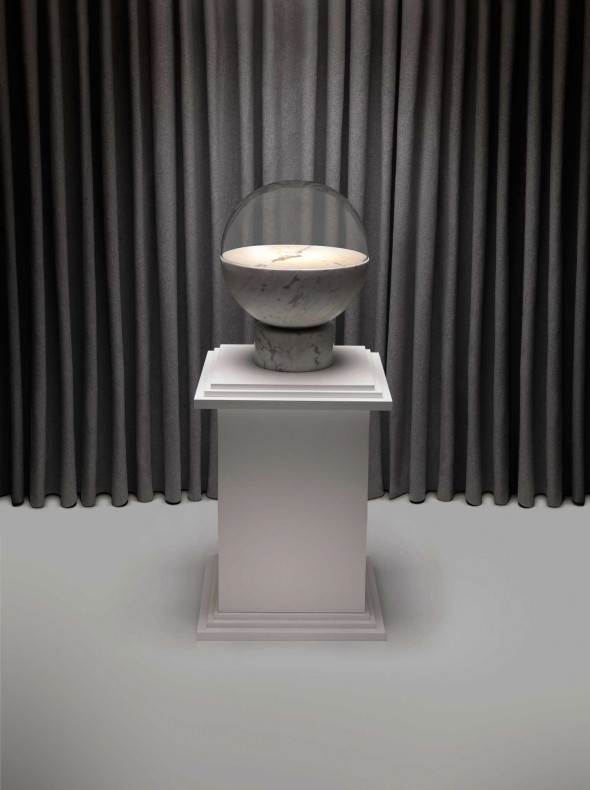 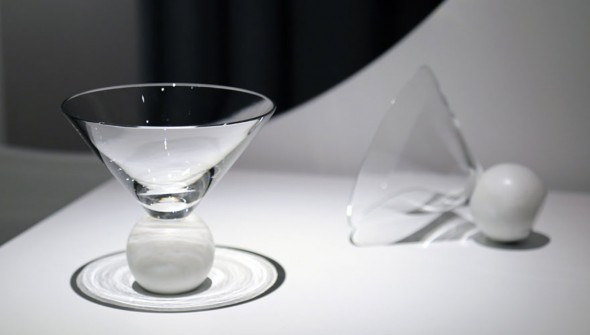 above > martini glass / below > nouveau rebel launch at ace hotel 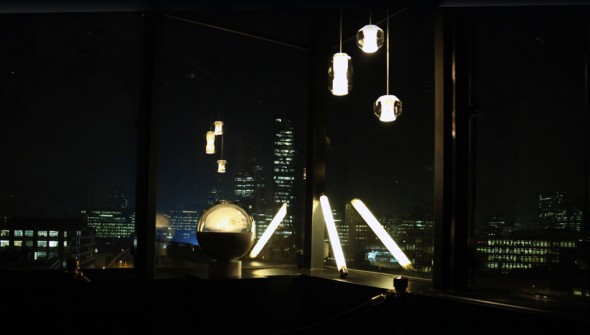 [ lee broom ] founded his company in 2007 and has since gone on to become one of the uk’s leading product and interior designers. in his career, broom has launched numerous furniture and lighting collections, designed over 40 retail, restaurant and bar interiors and has won more than 20 awards.
>broom won the prestigious british designer of the year award for 2012 and won his 4th award in 3 consecutive years in the british design awards for his lighting product crystal bulb in 2013.
>a supporter of british manufacturing techniques, broom designs, manufactures and retails his own collections, in addition to collaborating with leading brands such as christian louboutin, mulberry, heals, matthew williamson, harrods and selfridges.
his products are now retailed in over 100 stores in 35 countries. in september 2013 broom launched electra house, his first flagship store interconnecting with his design studio on rivington street in london. @leebroom #LEEBROOM #NOUVEAUREBEL

[ the future perfect ] is a platform for design from around the world at its two locations in manhattan and san francisco.
>the showroom features many unique and special edition objects and furnishings from a diverse group of distinguished designers. some work is by established figures in the design world while other pieces are by emerging talents. taken together, they present a rich and compelling tapestry of dazzling possibility. @thefutureperfect