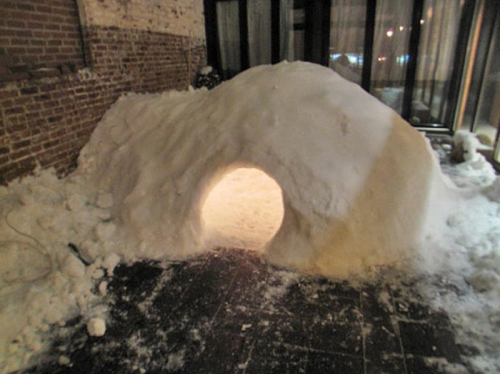 While one generations may know Steve Burns as the former host of the beloved cartoon Blues Clues, the next generation is more likely to recognize him as the owner of an Eric Lifton-designed home, a fabulously converted 2,000 square foot garage in Williamsburg, Brooklyn. Burns recently made a new addition to his courtyard, a guest house he describes as a “charming alcove studio, steps from the L train. Cutting-edge green construction, locally sourced material, a MUST SEE!” It would be a steal at his tongue-in-cheek asking price of $1,100/month if it wasn’t made of snow. 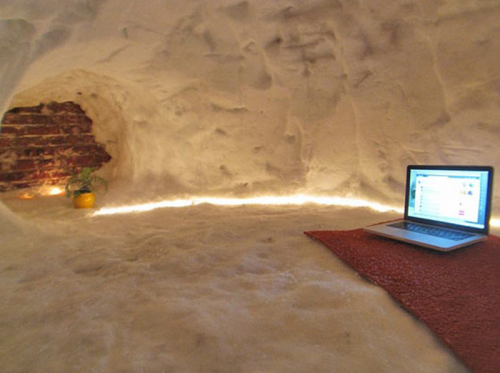 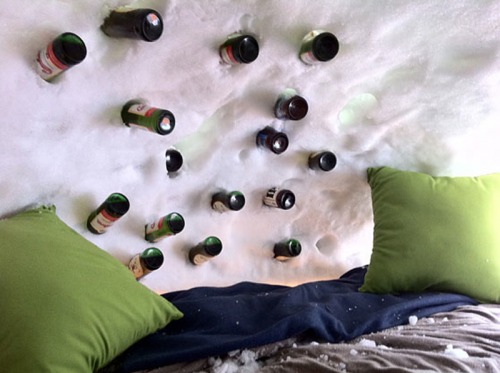 Built by himself with “a shovel and a really long serving spoon,” Burns’ snow fort took him eight hours to make. The walls have the added benefit of doubling as beer cozies (see photo) which Burns and friends made good use of during the Super Bowl. Unless the snow melts soon in NY, Burns can count on having a guest house through to the end of the season. 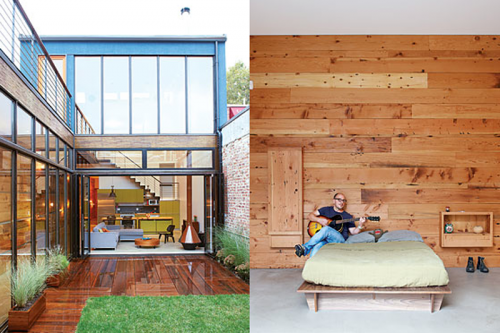