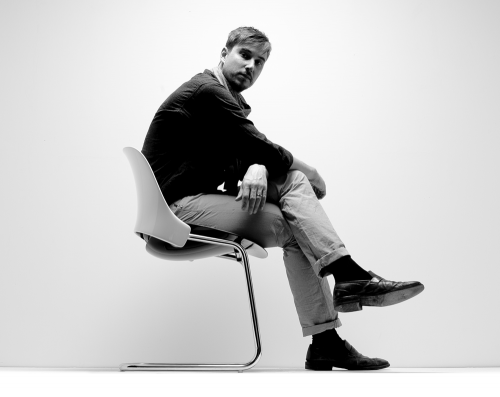 It’s Tuesday, 14 June, Flag Day. We’re talking to Todd Bracher in the Chicago showroom of Humanscale.
[DesignApplause] Todd, give us a little idea of what your work environment is like.
[Todd Bracher] I’d say my work environment is quite neutral. I’m based in the Brooklyn Navy Yard, which is sort of a barren part of New York City, which is quite a contrast in its own right. It’s almost like working on a sailboat. You have views onto the harbor and to the East River. It’s wonderful. But what I love about it is the large, open, industrial-like space, really neutral, no outside influences around me. In other words, I look out the window and I see the water and the sky and for me it’s just a white slate. It’s a wonderful place to think and not be influenced by anything. 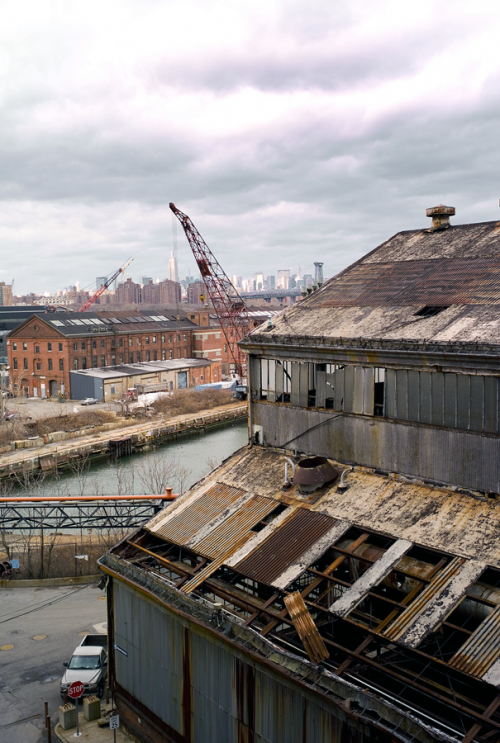 [DA] Tell us a little bit about your process.
[TB] I don’t know if our process is unusual or not. We research and study nature, for example natural selection, and we talk a lot about Darwin and how nature finds the ultimate solution. It’s similar to baking bread. We know we need certain ingredients. We put all of the ingredients together and start to bake this bread. And we know that if we throw any of the ingredients away it won’t be just right. At the end of the day we pursue the most efficient solution based on market and client needs.
[DA] What kinds of things are you working on, what do you create?
[TB] This may sound cliche but we’re out to make real-world solutions and we’re not interested in just making beautiful objects. It will be beautiful but it has to sell, it has to be smart and useful for people. We work on a variety of things. From “Trea” for Humanscale which is intended to be a higher volume light task chair all the way to lounge seating and lighting. It’s a broad spectrum from creative direction to branding to final product production.
[DA] Your youthfulness belies remarkable accomplishments. You have a decade of experience working in Copenhagen, Milan, Paris and London; cited as America’s next great Designer and nominations for Designer of the Year in 2008 and 09. You headed Tom Dixon’s design studio, and the creative director at Georg Jensen. Does the head get in the way?
[TB] Are we talking about ego or too much stuff in the head?
[DA] Let’s talk about both.
[TB] If anyone thought I’m about ego then they don’t know me. At the end of the day I’m part of the tool. I am a collaborator. I bring my two cents in but the company has their part as well as the manufacturers and the guys in the workshop. The sales team has there part and everyone everywhere has their part and I’m just a cog in the wheel. And everyone is doing what they’re good at. I’m happy to be the face of the product but I’m not the only one involved.
[DA] What’s the genesis of you work? Does a client call you in and ask you to design a chair? How does it work?
[TB] It works in different ways. With Humanscale I had a conversation with Bob, the CEO and he basically said “make me something that’s cantilevered, make me something really smart, make me something beautiful. And it was sort of that casual. A very European way to approach it, while other clients bring a long brief, 10 pages long. But the first thing we do is we go out and do the homework. We find out what the market is looking for, what it needs, how it uses this or that in actual applications. It doesn’t start with drawing, it starts with research. We also pay attention to the psychological side, how people are attracted to the object. Finally we start drawing and building mockups which leads to final development. But it’s a long front-end of research.