bodleian library at oxford gets a designer chair. barber and osgerby.

The Bodleian Library at Oxford, which hails back to the Renaissance, was often filled with scholars wearing gowns of the sort today seen only in graduation ceremonies. The furniture tended to match. But a recent design competition, attracting about a hundred entries, has produced a new chair to outfit the library, combining tradition and practicality. The brief asked for a chair that avoids noises, of course. The winner by studio Barber Osgerby (Edward Barber and Jay Osgerby) in collaboration with Isokon Plus, which will build it, was shaped to make long days comfortable and also to avoid squeaking if a tired or restless scholar leans back on it.
It is part of a renovation of the library and replaces a chair designed in 1935. The chair is three legged, a bit round and monk-like in appearance. “The winning three-legged oak chair drew on extensive local knowledge of the library and its cultural setting,” reports Co.Design. The upright spine is said to play off the spines of books on shelves. [ bodleian library ] [ bodleian competition ] 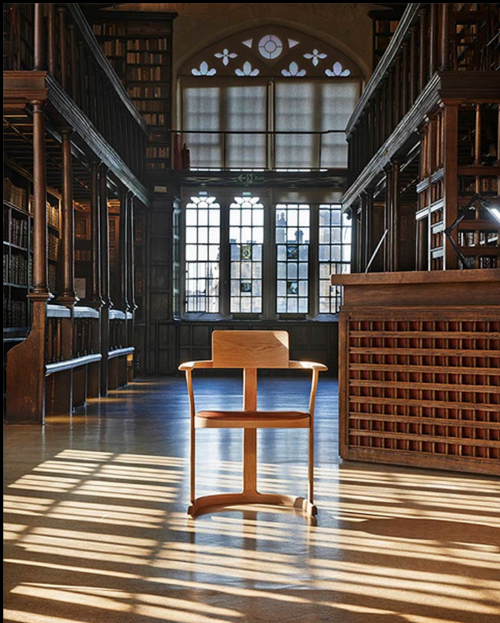 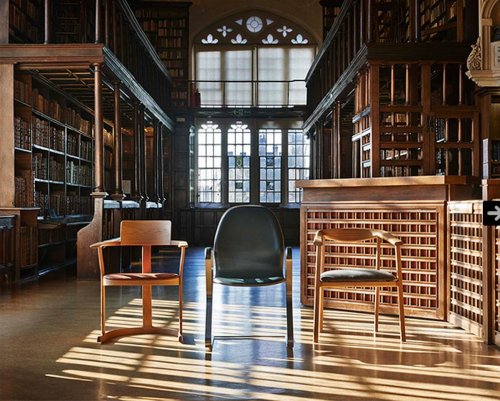 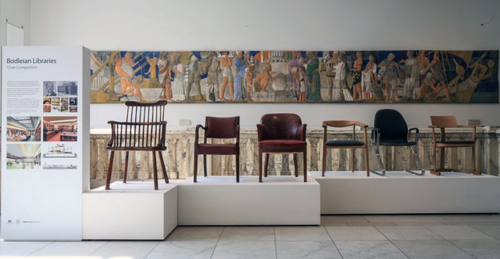 the short-list, partnerships—Amanda Levete and Herman Miller, Barber Osgerby and Isokon Plus, and Matthew Hilton and SCP Ltd