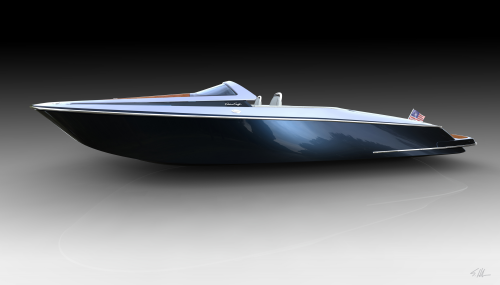 The 32’ launch concept Scorpion was inspired by Scott’s long-time appreciation of the Chris-Craft brand, and designed as an unsolicited speculative concept pitch to Chris-Craft. Chris-Craft’s mahogany runabouts from the 1940s, 50s and 60s, with their deep-V hulls that twist dramatically from an extreme negative slope at the bow, reversing along the way toward the “barrel-back” at the stern, are iconic, timeless and sought-after pieces of design to this day. Scorpion’s design challenge would ask the question: What should a ‘next generation’ launch vessel express to honor the tradition of those fantastic wooden power boats by instead using a contemporary fiber glass construction. 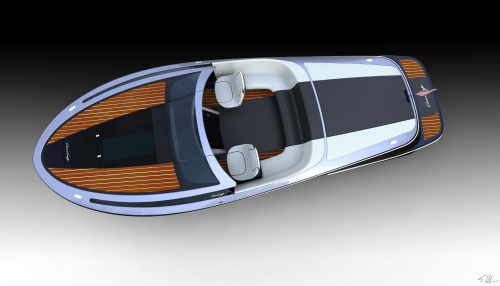 Scorpion’s top surface and wind screen frame are one continuous surface—a uni-body. The glass from the wind screen transitions seamlessly into a long side window on both sides of the forward deck- reminiscent of a scorpion’s claw- communicating speed and power while maintaining the expression of luxury and style.

The center window over the forward deck has a boarder that continues through the windshield, on down to the floor, and up and over the aft deck and through the swim deck at the stern. This “racing stripe” ties SCORPION’s composition together from front to back. The large center window and the two integrated side windows on the bow (the Scorpion’s ‘claw’) provide 180 degrees of naturally bright and airy illumination to the V-Berth quarters below. By allowing light and visual line of sight to the outside world, the inhabitants of the forward cabin space are connected to their surroundings rather than cut off and shielded from the water while inside.

The unique integration of the top hull with the wind shield as one thought — one singular statement — sets Scorpion apart. Traditionally, no matter how well designed a launch or tender vessel’s windshield component is, they typically read as “stuck-on”, or as necessary afterthoughts rather than being visually linked to the vessel’s holistic point of view. By contrast, in automotive design, forms that are required for function are holistically integrated and considered with the vehicle’s overall statement. Scorpion’s treatment of this detail propels boat design into the future and makes Scorpion instantly memorable and iconic. 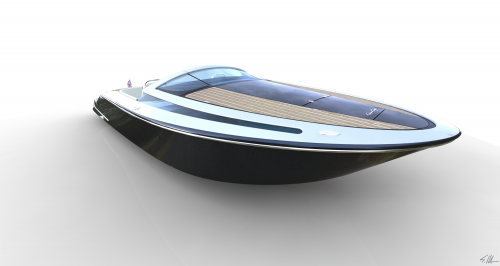 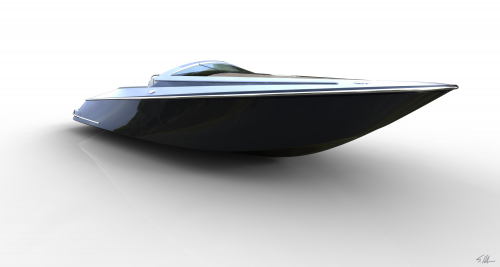 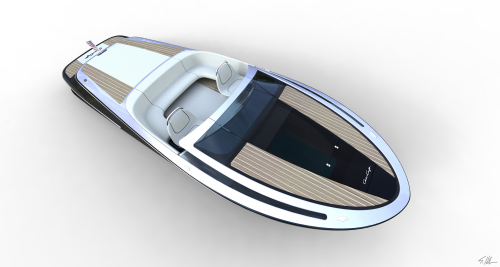 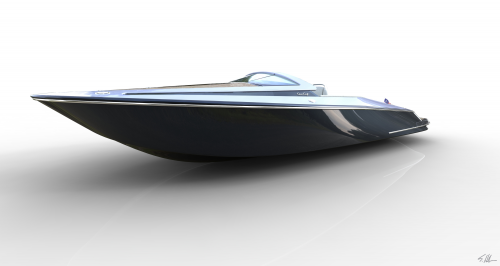 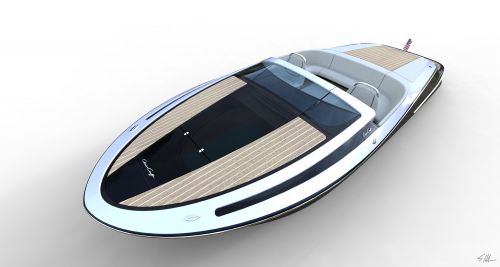