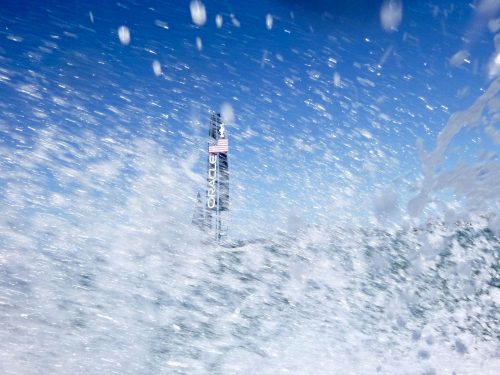 Even if you’re oblivious to sailboat racing you gotta know by now. Even non-sailing experts say yesterday’s win in the 2013 America’s Cup race may well be the best comeback win for an American team in all of our sport’s history. Down 8-1 with the only one challenger, New Zealand, our Oracle team wins eight races in a row. The winner of eight races wins the cup. 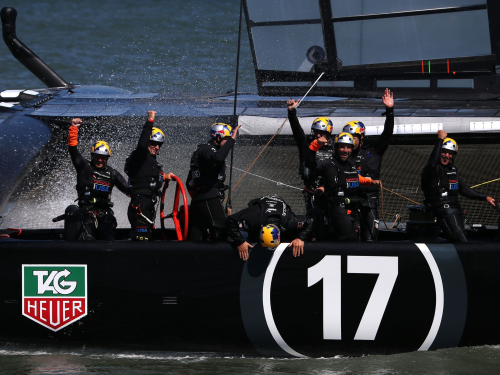 When you’re so far behind it can work for you: there’s nothing to lose. And with each race the sailors began to figure out their boat. 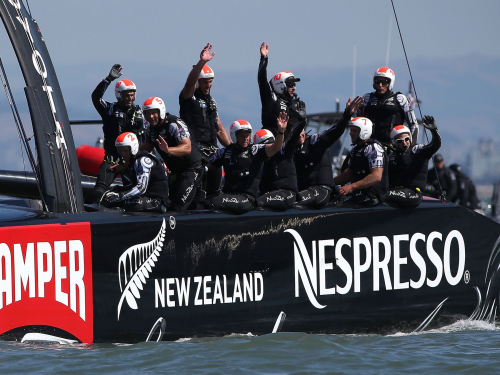 Leading 8-1 and needing only one win New Zealand began choking trying to protect that lead. 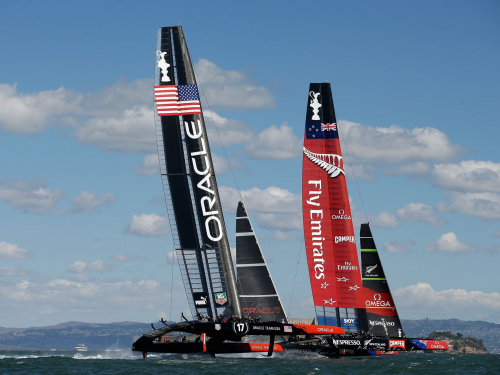 This highly anticipated race also broke records for controversy and innovation. Golden Gate Yacht Club, the holder of the cup, is charged to name both the venue and the boat for the next challenge. Larry Ellison, GGYC, says the next race will be in high-tech 72-foot-long catamarans driven by carbon fiber wings rather than traditional sails, and raced in San Francisco Bay. Whether by design or not, the boats are so expensive there is only one challenger, hapless New Zealand. 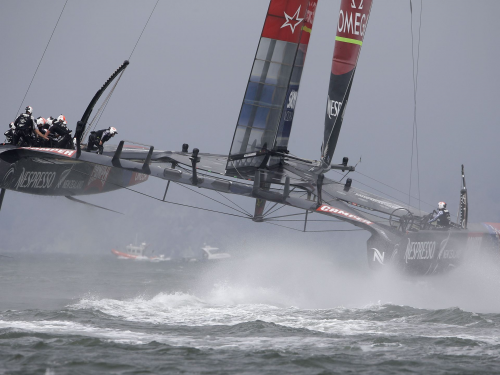 The AC-72 boats are so bleeding edge (they ‘fly above’ the water on hydrofoils and are capable of 50 knots) there are safety issues. In May, Artemis Racing crashed their boat, and Andrew Simpson, one of the crew members, drowned when he was trapped beneath the boat’s platform. All the teams in the regatta struggled to control the boats, and new safety regulations were put in place for the racing. The racing team trained for two years on the AC-45 [ ac45 + ac72 ] 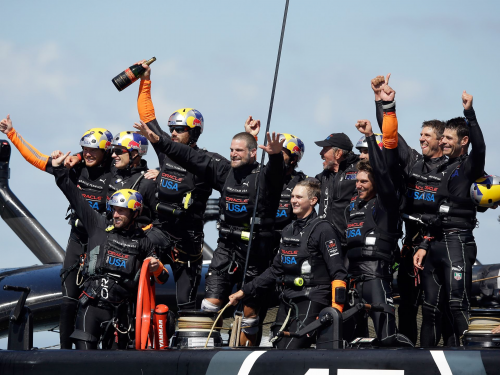 Ellison’s vision was to revitalize the race with innovation and design. Mission accomplished.