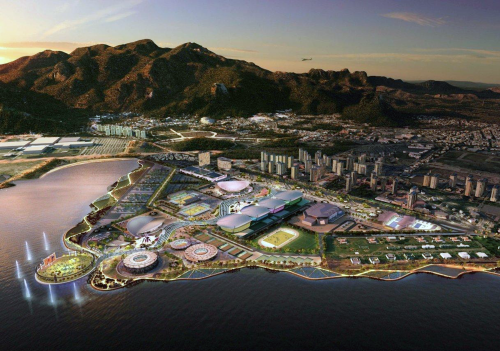 London-based AECOM has just been announced as the winning firm for the international competition held for the master plan design of Rio 2016 Olympic Park. The English firm is quite experienced in master plan’s for the Olympics as they were responsible for London’s 2012 Olympic Park Master Plan. The first international architecture competition held in the country, the jury chose the winning project by AECOM with chief architect Bill Hanway and Brazilian project author Daniel Gusmão, because of its unique concept of operation, separate access for athletes and the audience, logistics for the transport system, the viability of implementation and access for parking. In the legacy that the project will leave to the city, the highlights were environmental preservation and the viability of maintaining and preserving the lagoon. 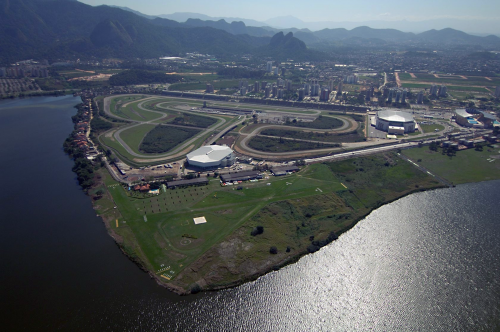 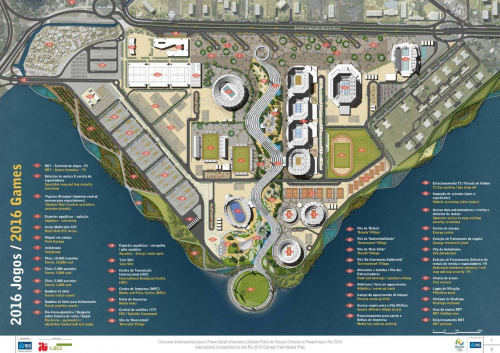 There were three winning projects and the three honorable mentions: a Brazilian, an Australian and a Portuguese firm received the honorable mentions. As for the three winning projects, the third place went to the project signed by Portuguese architect Tomás Fernandes Almeida Salgado; the second, to architect Ron Turner, representing an American firm which was associated with the Brazilian firms CDC (Coutinho, Diegues and Lamb) and MPG (Miguel Pinto Guimarães ); the
winner was the English project.

“It’s a competition for the General Urban Plan. Soon, as announced by Mayor Eduardo Paes, the equipment that will compose the Park will be determined through specific architectural competitions in the next months,” says Sergio Magalhães, IAB/RJ president. Two scenarios were considered: the Olympic Games mode, which would ensure the best conditions for the performance of the sporting competitions, and the Legacy mode, which would ensure the viability of installing new, sustainable enterprises after the Olympics. The Olympic Park has an area of ​​1,18 million square meters and will host 15 Olympic and 11 Paralympics sports contests. In addition to the existing equipment – such as the Maria Lenk Aquatic Park, the Rio Arena and the Cycle Track -, the project includes the construction of temporary facilities (such as the hockey center, the tennis courts and the sponsors villa), permanent equipment (science and sports laboratory, athletic track, Olympic hall, media center and hotel, residential, commercial and leisure enterprises), and the preservation of the green areas system.

“The Olympic Park will be an urban development of international standard, which not only promotes the best in design, technology, sports and culture, but also satisfies intrinsic urgent and vital needs to its residents, businesses and the environment. Using our experience, we want to ensure that the investment and energy focused on the Barra neighborhood will promote the greatest possible benefit in the long term, “says Bill Hanway, an American who has been living in London for 14 years. He graduated from Washington University (St. Louis, MO), with a post-graduate degree from the School of Design at Harvard University. . In addition to the operational responsibilities for the global firm AECOM, Bill also provides the design leadership and management of multidisciplinary teams delivering projects in the UK, Continental Europe, the US and the Middle East. His UK work focuses on urban regeneration projects, spending the last five years on developing the London 2012 Olympic and Legacy master plan.

“Reconciling the needs of staging a global sporting event and of a successful and lasting new urban structure is a challenge that our three Master Plans propose to resolve by overcoming the large and small complexities of the Games, allowing a clear and practical approach for the project implementation. Our proposal is an Olympic park of international standard comprising permanent and temporary structures on which the new network of streets and squares of the future city will be located, “added the winner. [ aecom ]