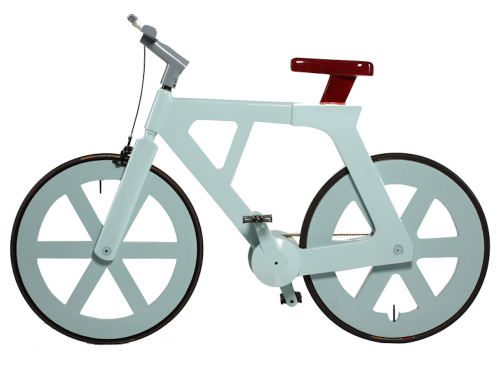 Three years ago Israeli engineer Izhar Gafni decided to design the impossible: a fully functional bike made almost entirely out of recycled cardboard. Like anyone entering unchartered waters, Gafni spent most of his time in the R&D phase. “Since there was no know-how with regards to the cardboard materials, the first two years were devoted to learning the properties and behavior of the material,” he said.

To lend the materials strength, Gafni applied the principals of origami. “You fold it once and then it doesn’t become twice the strength, it’s almost three times the strength. I took it from there and did the same thing with cardboard.” After the cardboard is cut and folded into shape, it’s painted with a waterproof, fire retardant coating specially engineered by Gafni, who then finishes it off with lacquer.

Not only is manufacturing process low impact, the bike is cost effective and lightweight. An adult bike weighs 20 pounds and costs $9.50, and the children’s version weighs 7.75 pounds and costs a mere $.475. Gafni and his business partners at the Israeli investment group ERB are still raising funds and tweaking the design, but Gafni said the finish product will also have an electric option. 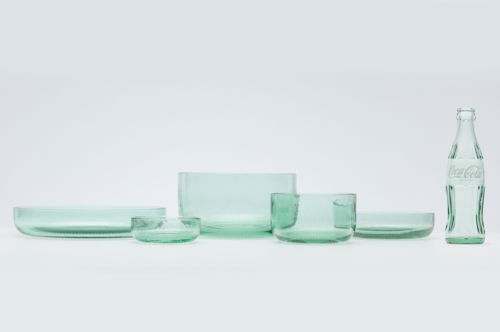 By now we’re all familiar with the array of lovely, upcycled glass wine bottles cut and repurposed as vases, carafes, decanters, etc. Japanese design powerhouse, Nendo, took the idea one step further with their recent collaboration with Coca-Cola, which they debuted a few days ago at Design Tide Tokyo.

The five-piece dishware set is handblown in northern Japan from recycled glass Coke bottles. Though the glass isn’t cut from larger bottles, the design of the dishes mimics that cut mark and also references the bottle’s shape, with the circle of dimples on the bottom. We’re not soda drinkers, but we love the glass’ greenish hue and the way it looks on a table, as well as the slight imperfections that come with handmade objects, like the air bubbles. 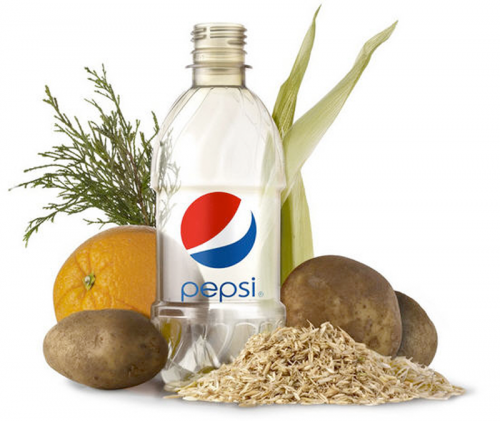 100% recyclable PET plastic bottle.
PepsiCo announces it has found ways to create a molecular structure identical to petroleum-based PET for a bottle that looks, feels and protects products just like existing PET containers. The bottle is made from plant-based, renewable resources that is fully recyclable.

The company’s new “green” bottle is currently being made from materials such as switch grass, pine bark and corn husks. In the future, components for the bottle may include orange and potato peels, oat hulls and other byproducts left over from the company’s food business.

It’s a very meaningful step in the right direction when it comes to food packaging. Petroleum is much too valuable for it to end up in a landfill.

PepsiCo initially will outsource for biowaste but their goal is a closed-loop system with their own waste. Expect a pilot production of the new bottle in 2012 and then a full-scale commercialization if it’s successful.

Though these bottles are not biodegradable they encourage recycling. Most importantly people can try to reduce their consumption and drink liquids from a reusable container. Susan Collins, executive director of the Container Recycling Institute says, “It’s reduce, reduce, reduce, then reuse and recycle.” 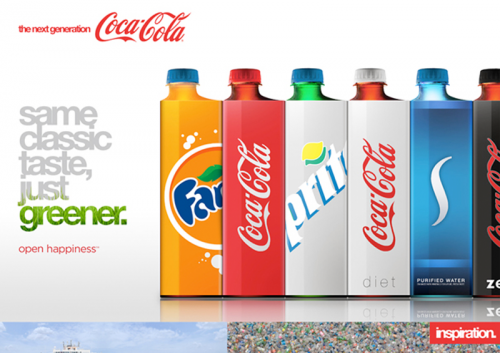 Rival Coca-Cola Co already produces a “plant bottle,” which is 30 percent made with sugar cane. It is expanding use of that packaging and efforts to convert the remaining 70 percent of its bottle to a plant-based material. 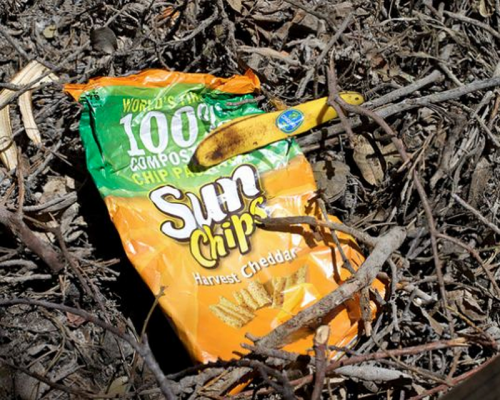 A much different outcome was recently experienced by Frito-Lay’s SunChips, who scrapped a biodegradable bag after consumers complained that the bags were too loud when handled. Seriously. 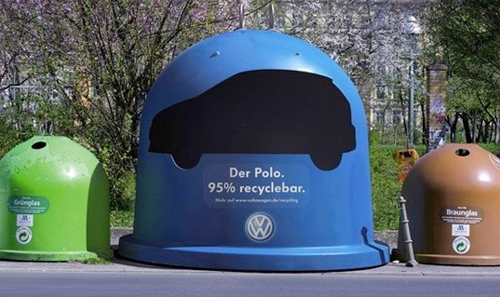 to promote its new polo, which is apparently made of 95 percent recyclable materials, volkswagon created these “car recycling bins.”
yet another recycling bin. kudos this fun marketing concept. 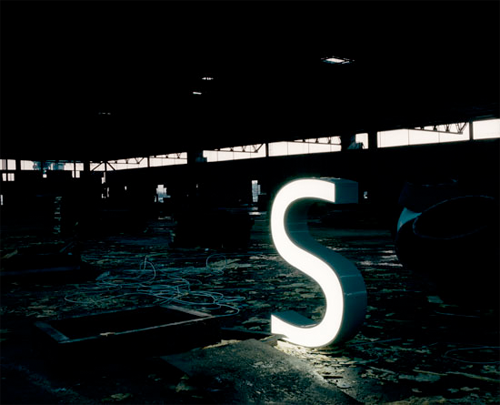 things change. companies relocate, update their logos and cease to exist, their fascia signs
are taken down and demolished.

with this in mind finnish company character began collecting and dismantling the signs giving them new life as decorative interior lighting. the signs are recycled to be used as individual letters. 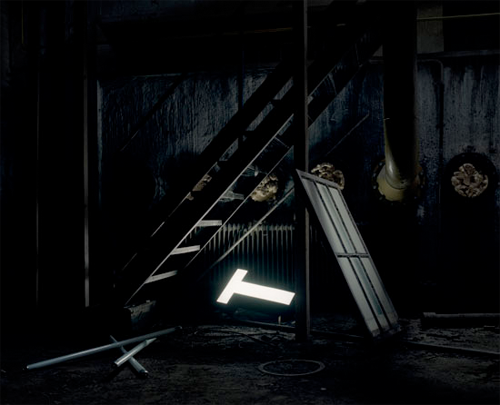 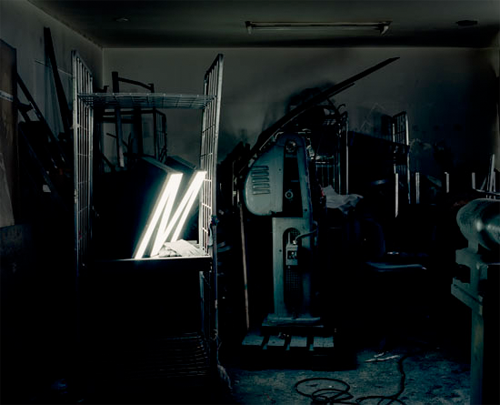 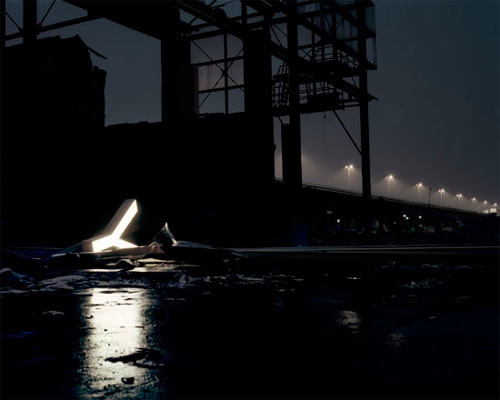 ‘we choose the letters that have character, take them and replace the old neon tubes with LED’s,’ – says aleksi hautamaki one of the founders of character.

on april 22, earth day network will be celebrating its 40th birthday. [RK] 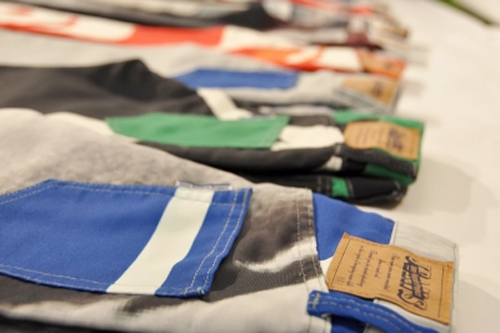 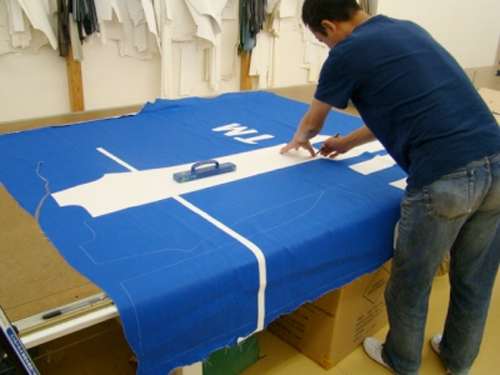 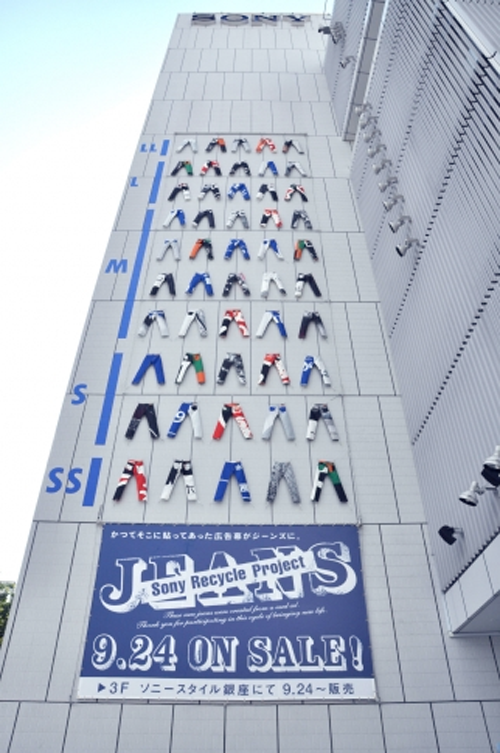 The clothing, however, never found its way to retail outlets. Rather, the jeans were placed back where they first hung, on the side of the Sony Building in Tokyo. 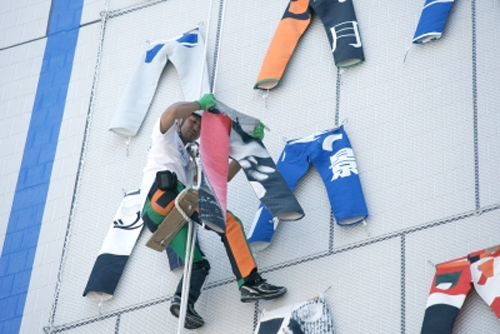 There, shoppers could browse the whole collection and guys decked out in mountain climbing gear scaled the walls to bring them the pair of their choice.

see the movie at creativity online 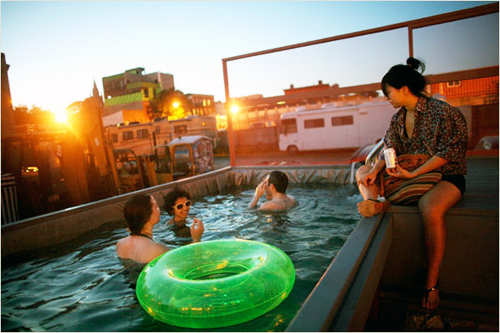 Some people recycle their trash. Others recycle their trash dumpsters.
David Bell, a developer and president of Macro-Sea, explains his use of garbage dumpsters to create a private rooftop pool and club in the middle of downtown Brooklyn. The idea… was not to create an exclusive party destination but to experiment with underused space and materials, repurposing them with urban renewal in mind. See for yourself: 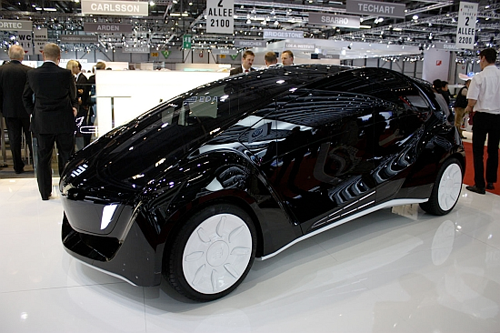 Automobile developer of low-volume concepts, EDAG hasn’t left any stone unturned with their newest concept the “Light Car – Open Source.”
Made from 100% recyclable basalt fiber chassis, the electric car can drive close to 100 miles on a full recharge. 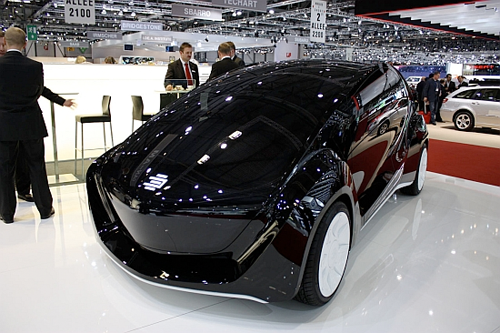 A feature that makes the car stand out is the use of high-end OLED technology all through the design. The rear of the car uses OLEDs to show trailing vehicles the amount of braking force needed to prevent a bang. The headlights and turn signals are all OLED panels that are invisible when off. The entire “glass cockpit” display system not only makes your ride technically advanced, but also allows the driver to position the speedometer anywhere he or she likes. 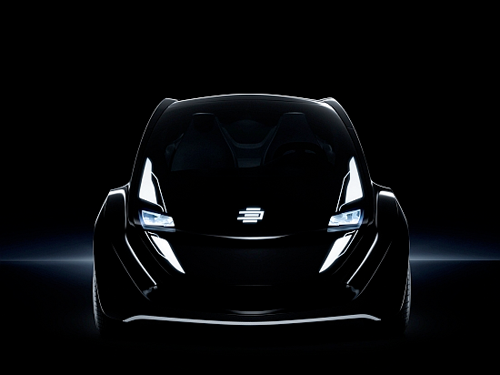 When will we see this car? Not for another decade as we wait for technology to catch up. Moreover, a range of 100 miles and a low top speed are also a few drawbacks that EDAG needs to look after.