internationally renowned sculptor saint clair cemin will unveil the ethereal sculpture psyche, a large-scale marble boat that appears to float atop its bronze cradle. measuring over 16 feet in length and carved from a single piece of sichuan marble that began as 30,000 pounds, the work alludes to its namesake psyche, goddess of the soul, and her true love, eros. though the viewer is drawn into antiquity, the sculpture transcends its legendary inspiration as it becomes a fully functional boat, capable of floating on water. 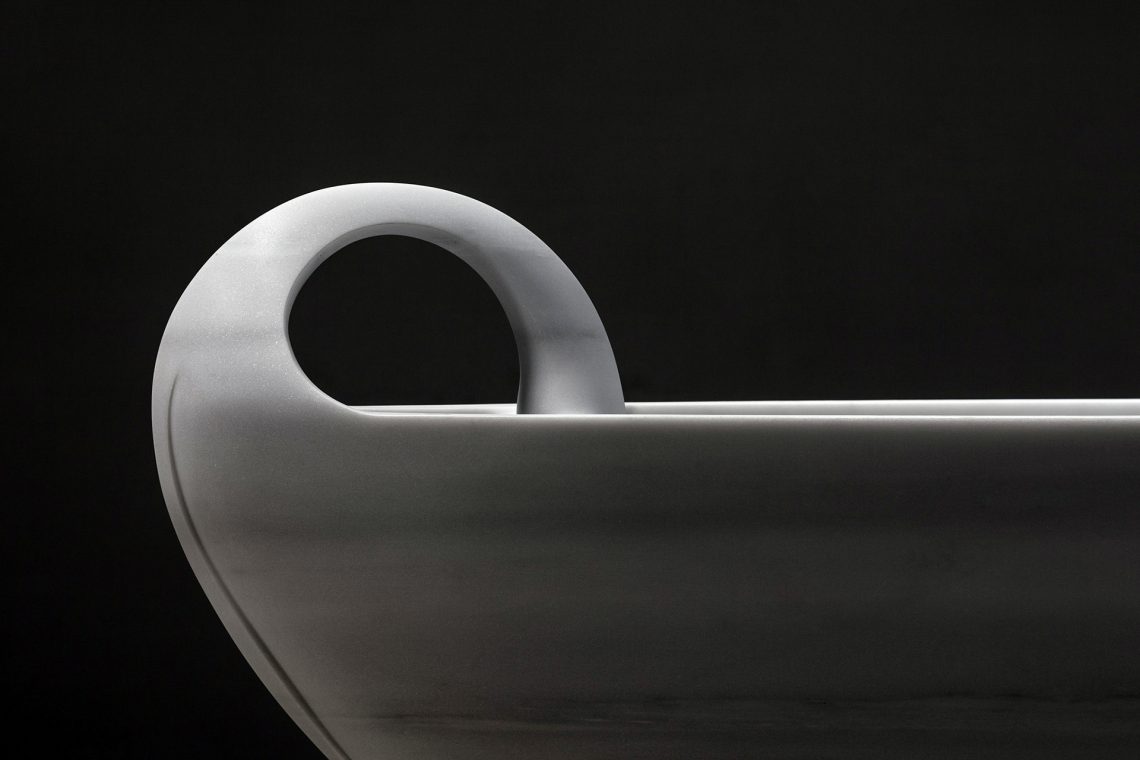 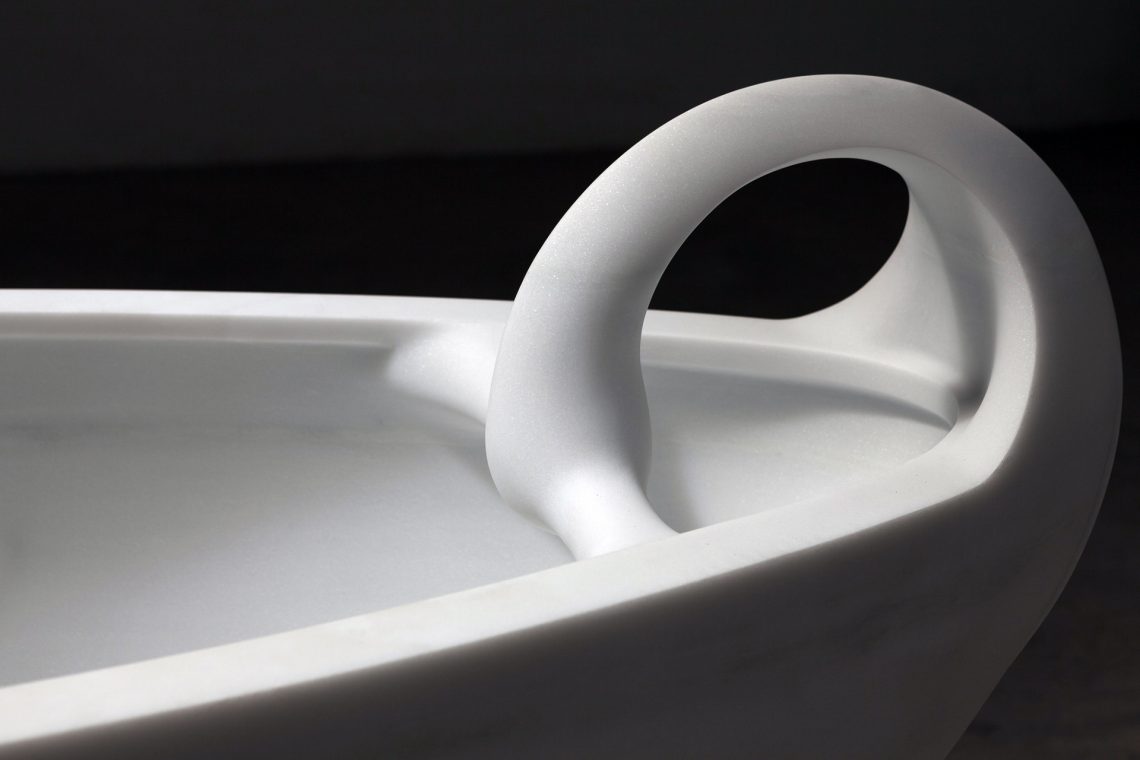 inspired by the original tale in which psyche and eros are reunited and married by the gods, cemin gives rise to the mysticism of this classical story of love and desire. in this portrayal of the myth, psyche serves as the vessel (the soul) for eros, who is symbolized by a long snake that stretches along the length of the boat and embraces both the bow and the stern in a highly stylized fashion.

saint clair cemin was born and raised in the rural town of cruz alta, brazil, and went on to study at the école nationale supérieure des beaux-arts in paris. cemin’s extensive sculptural lexicon presents a bold array of work exhibited widely throughout the united states and abroad and is included in the collections of the whitney museum of american art, new york; fonds national d’art contemporain, paris, france; fisher landau center for art, long island city, ny; rooseum, stockholm, sweden; the broad art foundation, los angeles, ca; the museum of contemporary art, los angeles, ca; and inhotim, minas gerais, brazil, among many others. cemin currently lives in new york and has studios in beijing and red hook, new york. this will be the artist’s fourth exhibition at paul kasmin gallery.

the conceptual artist’s inaugural solo show at the gallery unveils a brand new series of large-scale angles. the exhibition features four cor-ten steel sculptures, each an assemblage of acute angles of varying heights and differing angular degrees, some extending across the horizontal axis and others stretching vertically. intended for indoor or outdoor installation, the sculptures work to define the spaces in which they are positioned. the scope of the new series is further articulated with the inclusion of smaller sculptural maquettes, offering the viewer insight into the artist’s thought process as he expands the vocabulary and points to new directions in this body of work. 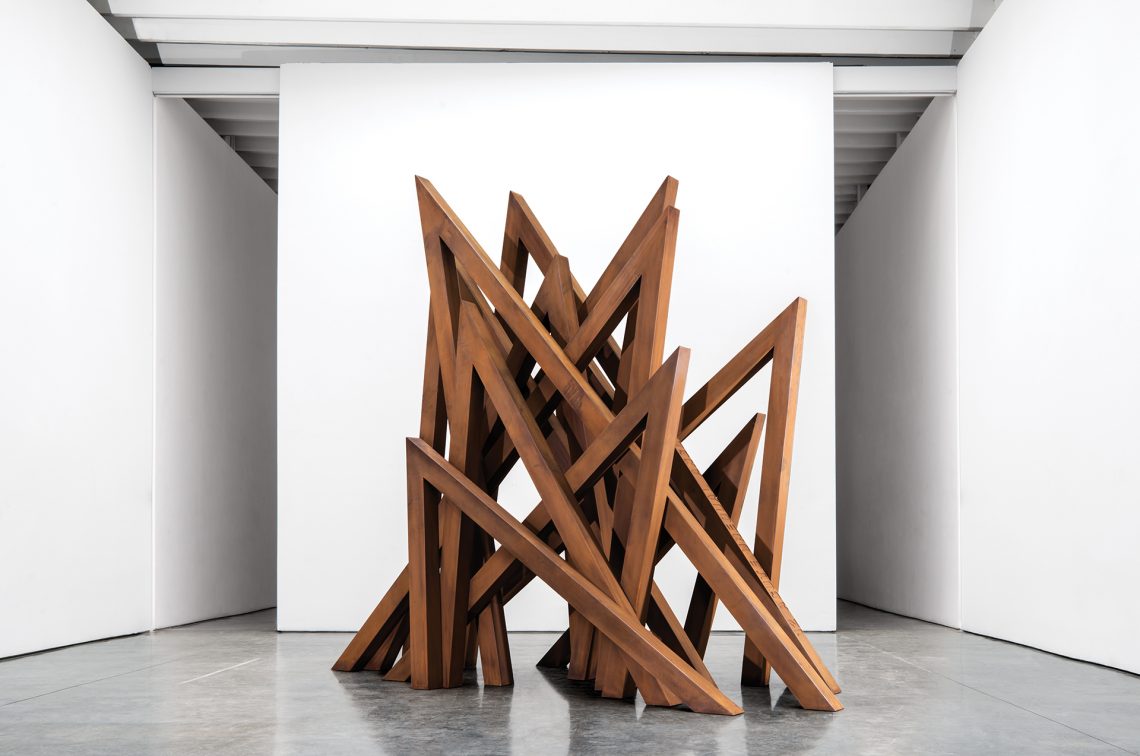 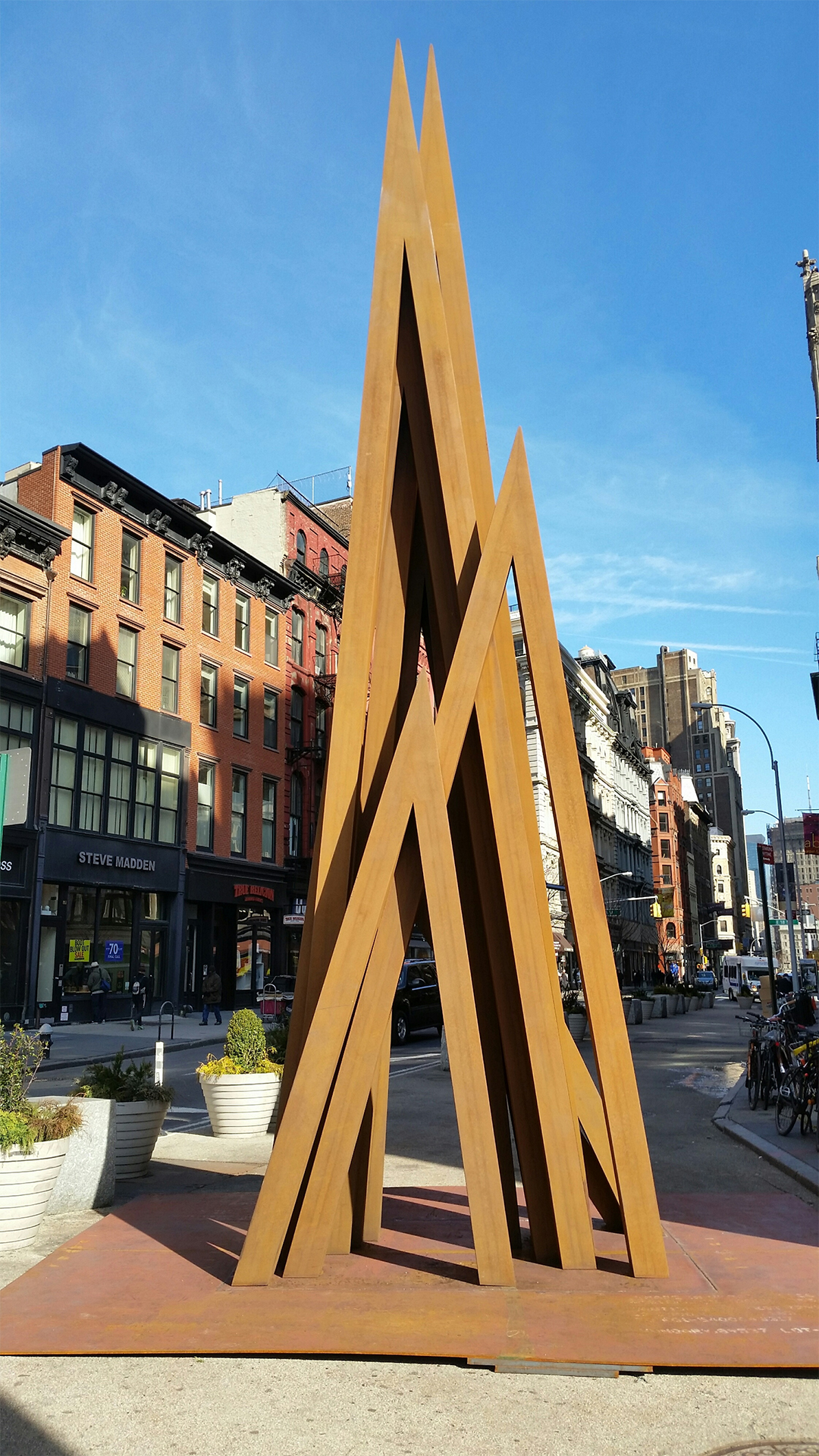