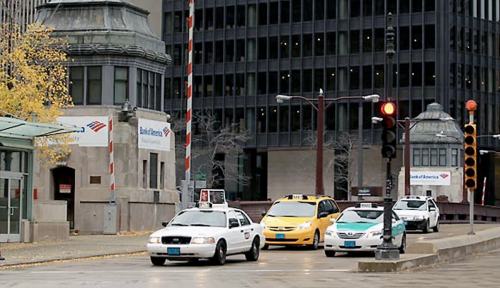 The ( Chicago ) finances are really bad. How bad is it? Not only are our pockets hurting but our eyes are starting to hurt too. Several days ago Bank of America buys newly appointed ad space on the Chicago River bridge towers. Here’s how it went down. The timing put the ad placement two days prior to newly appointed mayor, Rahm Emanuel’s, austerity budget proposal to the City Council. The Chicago aldermen approve the mayor’s first budget 50-0, though some aldermen said they’re giving the new mayor the benefit of a doubt and seeing how things play out. I’m thinking the same thing: The mayor hates how the advertising looks, but he places the controversial ads to make a point these are desperate times. He will support revenue raising ad revenue with visuals and placement that beautify eyesores and sponsored feel-good messaging. 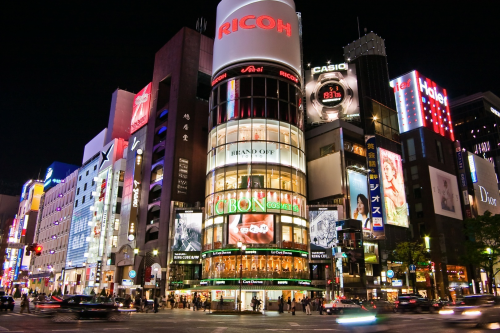 the future in urban advertising may have begun in tokyo’s ginza.

While Chicago waits let’s think about what we might have to look forward to. Reasoning is heavily influenced by 12 Monkeys, Minority Report and Blade Runner.Tokyo’s (above) Ginza was an ad magnet in the 60s. Another Asian ad centric city is Hong Kong. Metro-mega-ad-landscapes appear in traditionally high traffic venues. The traffic first attracts the media and maybe at a certain threshold the media draws more crowds. Most cities are struggling to make ends meet and luckily they can control and influence the manner of advertising and their revenue opportunities while keeping aesthetics and quality of life in the mind’s eye. Some cities will do a much better job than others. 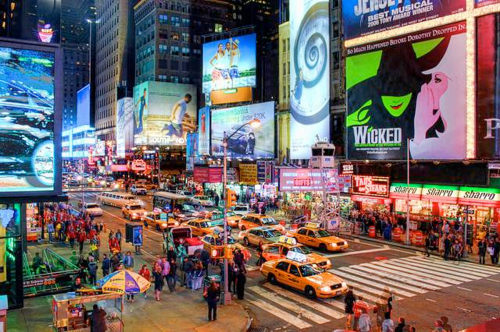 I don’t mind Times Square’s visual barrage. Maybe it fits one’s expectations but I’m entertained. And this messaging is confined to Times Square. Why do so many people go there? 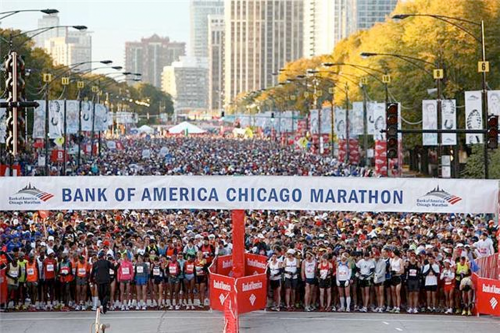 Back to Bank of America. The Chicago Marathon makes an enviable amount of money for both BA and the city. Any problem with appropriate messaging here on either the banner or the lamp posts? 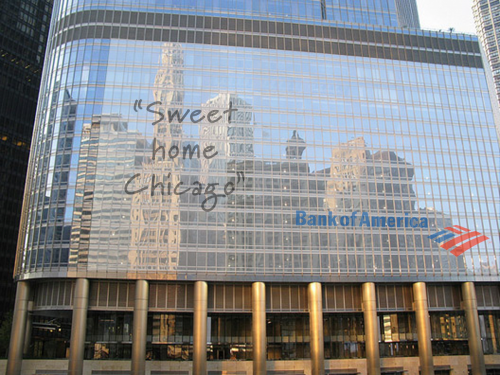 If advertising is one solution to Chicago’s finances let’s consider both public and private sector concepts. Now popular is turning existing glass surfaces and windows into digital advertising masterpieces. From the inside you don’t see the artwork. Bad idea to use architecture unless structures are scheduled for demolition, under construction, or being (below ) renovated. 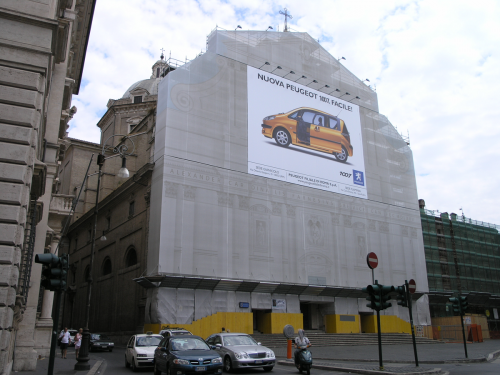 The fabric-covered scaffold concept may cost a bit more, but Rome is a tourist destination and she has an architectural legacy to protect. The fabric packaging is seen everywhere including public, commercial, and residential architecture. This package can be up 1-3 years. 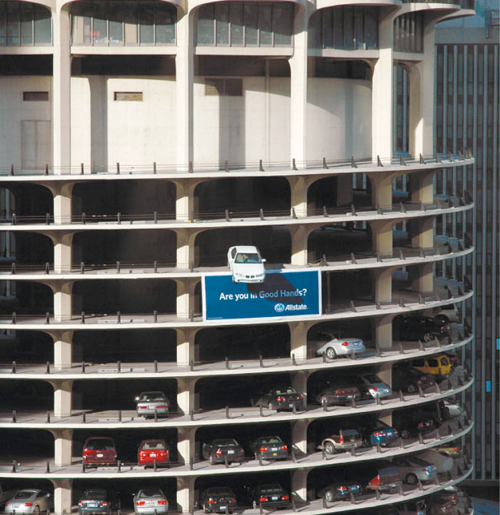 Marina Towers and Allstate Insurance team up. Inspired by scene from Steve McQueen’s 1968 movie Bullit. But it’s not big, not bright, a taint understated. For many reasons pretty cool. 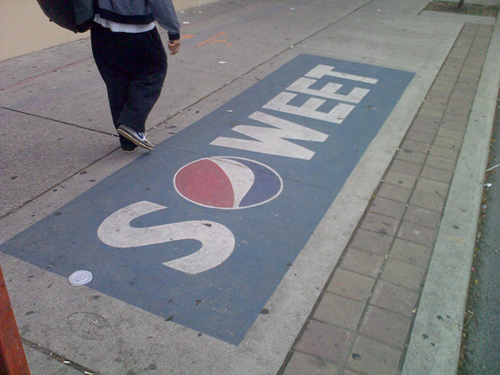 I don’t mind sidewalk advertising and most sidewalks are public owned.. The visual clutter is minimal though placement concerns include safety and an appropriate venue. Begging for hopscotch concept. 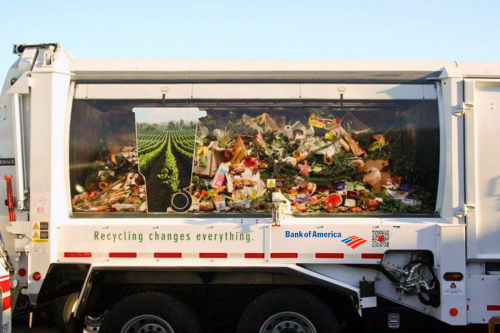 Mayor candidate Emanuel proposed ads on garbage trucks in January 2011, to raise funds for after school programs. Not long ago in Chicago we transformed cows into art which raised revenue and then publicly displayed the artsy bovines. An advertiser who aligns itself favorably with a public service and communicates with wit and artfulness works, even on a garbage truck. 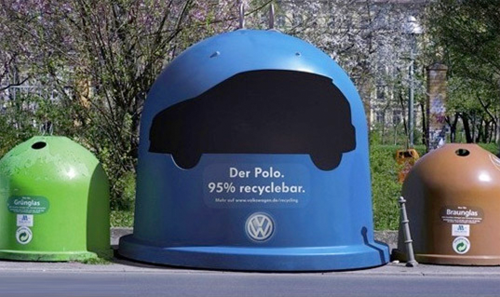 Another good idea that encourages mostly locals to wait to drop and recycle. 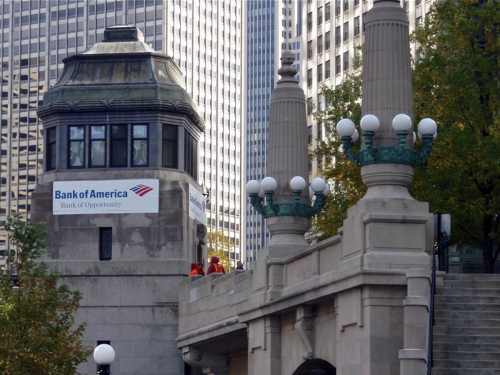 The Emanuel administration thinks such corporate advertising will raise as much as $25 million in revenue from corporate advertising on everything from buildings to the city’s website to garbage cans and parking pay boxes. He might be right on the $25M but don’t expect more of the same ads that adorn the bridges. He knows that tourism comes to Chicago to embrace the architecture. The media has said that companies have been in a wait-and-see mode and gutsy of BOA to kick the can down the road first. Realize, the advertising will indeed come. Maybe there’s a tax on bad advertising. The BOA ads adorn the Wabash Street bridge through December 12. Maybe Rahm is messing with us too to get it all right again.