Audi uses a design museum, the Ur-Quattro, and aluminum to make a statement. Audi and Die Neue Sammlung – The International Design Museum Munich – are celebrating another highlight regarding the reopening of the Pinakothek der Moderne. From September Audi will be guesting in the Pinakothek der Moderne with a wall installation. The installation called the Audi design wall will form part of the Permanent Collection of Die Neue Sammlung for at least five years. The debut opened one day after premiering at the Frankfurt Auto Show. [ pinakothek ] [ audi ] 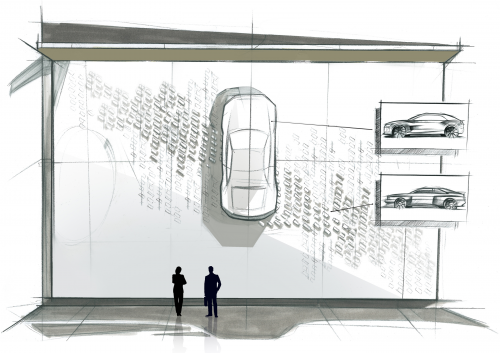 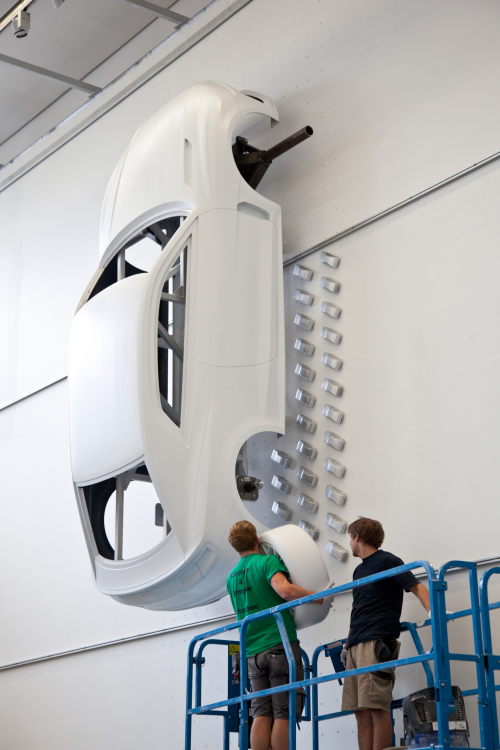 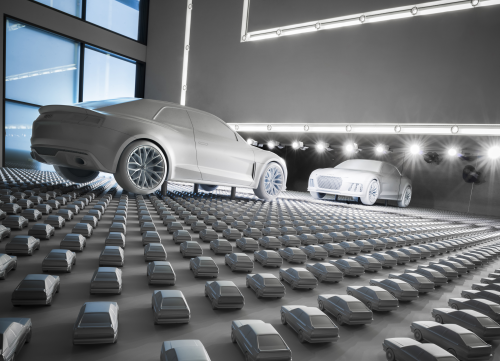 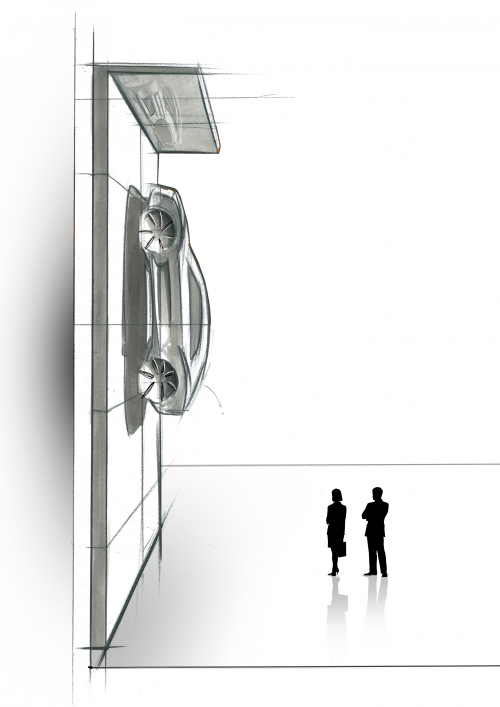 [ from official audi release ]
Die Neue Sammlung, the design museum located within the Pinakothek der Moderne, and Audi, a car manufacturer that is the embodiment of good design, are open to experiments. Following the successful exhibition “Design Icons” staged by Die Neue Sammlung at the Audi Forum Neckarsulm, from September Audi will be guesting in the Pinakothek der Moderne with a wall installation. The installation called the Audi design wall will form part of the Permanent Collection of Die Neue Sammlung for at least five years.

Aluminum is the epitome of lightness and stability. Audi has been closely associated with aluminum expertise in the automotive engineering field for many years. For the Audi installation, around 1,800 models of the legendary Ur-quattro form an “aluminum carpet”. Each of the models, weighing around 860 grams, were cut away from a seven-kilogram block of aluminum. The future of the Audi brand rises up from foundations formed of these aluminum Ur-quattros.

The sculpture evoking the Audi Sport quattro concept soars up vertically. The show car translates quattro technology and its tradition in motorsport into a futuristic formal idiom. A mirror suspended on the ceiling allows visitors to explore the installation from an unusual perspective. “The Audi design wall visualizes the bridge between the past and the future of our brand,” explained Prof. Dr. Ulrich Hackenberg, AUDI AG Member of the Board of Management for Technical Development. “The common thread is quattro technology, which defines Audi more than any other.” The work was devised by the Audi Design team specifically for this room in the Pinakothek der Moderne. “We created the Audi design wall with the passion of an artist and exercised maximum precision in visualizing the core technology of quattro,” commented Hackenberg in describing its evolution. The idea for the exhibit itself came from an internal competition among Audi designers. The challenge was to come up with an object that communicates with the onlooker. The Audi design wall is also visible to passers-by outside the museum.

The model that inspired the carpet exhibit, the Ur-quattro, is in itself a legend. Since 1980, when the first Audi quattro was unveiled to the public at the Geneva Motor Show, permanent all-wheel drive has emerged as a core automotive technology. quattro stands for safety, power and sportiness – thus perfectly symbolizing the Audi brand. No innovation has had a greater formative impact on the carmaker than quattro.

After the reopening of the Pinakothek der Moderne on September 14, 2013 the first Kunstareal Festival will take place in the grounds of the Pinakothek museums on September 15, 2013, taking “Encounters. Kunstareal Munich” as its motto. As one of the festival’s supporters, Audi will be presenting design in a way that is specifically tailored to children. Children will be able to discover design on a paper chase taking them through the rooms of Die Neue Sammlung, and in a design workshop hosted by Audi. At the workshop, the children will have the chance to create small models, in the process gaining an insight into the work of Audi’s designers and model makers.