Fourth of July marked the opening of the much expanded and renovated Clark Art Institute in Williamstown, in western Massachusetts. Originally opened in the Berkshire mountains by Sterling Clark, who feared nuclear attack on New York City would destroy art there, it is officially the Sterling and Francine Clark Art Institute, now rebranded and newly logoed as The Clark.

After 12 years, the museum has completed a $145 million expansion. There are new buildings, including an entrance by Pritzker prize winner Tadao Ando along with a vast water feature and a pavilion by Annabelle Selldorf, who directed the interior renovation of the original 1955 Beaux Arts building and the 1970s addition, now renamed the Manton Research Center by Pietro Belluschi with Architects Collaborative. The vast site, with hills and trails, was designed by Reed Hilderbrand landscape architect and Madeline Burke-Vigeland of Gensler was the supervising architect for the whole project. 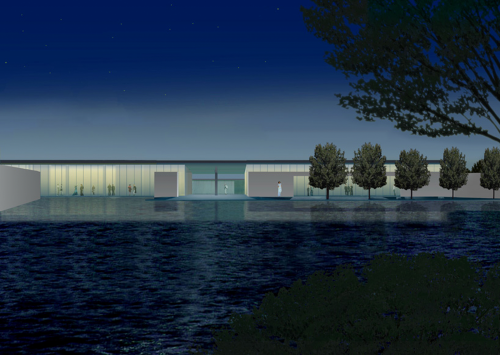 Ando had already designed a building for the Clark, the Lunder Center at Stone Hill at the edge of its 140 acre site, six years ago. The freestanding research and conservation building with galleries shows off Ando’s brand of zen modernism. It layed off the imprint of plank like wooden forms in the concrete against actual wooden walls opposite them. The new building is more formal and elegant, steel, glass, concrete and granite. Ando is an unabashed devotee of Le Corbusier and the new building even shows the same sorts of dimples left in the concrete from the construction forms that Corbu did.

Here the concrete is joined by a red granite, to pick up on the Seventies building. That stone along with the long walls and reflecting pool suggests another modernist master—Mies and the Barcelona Pavilion with its green marble. 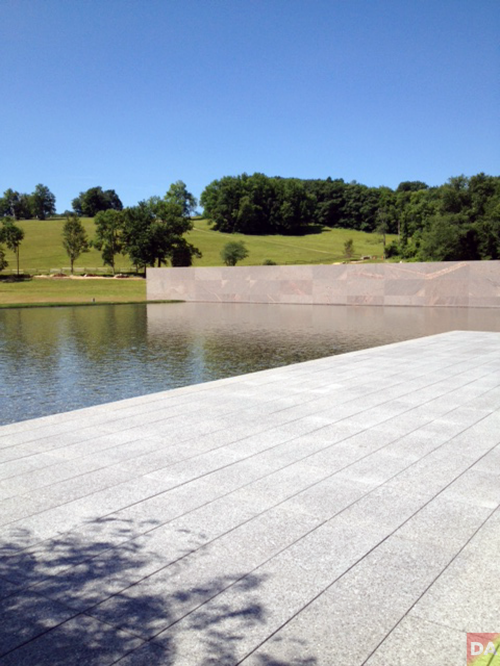 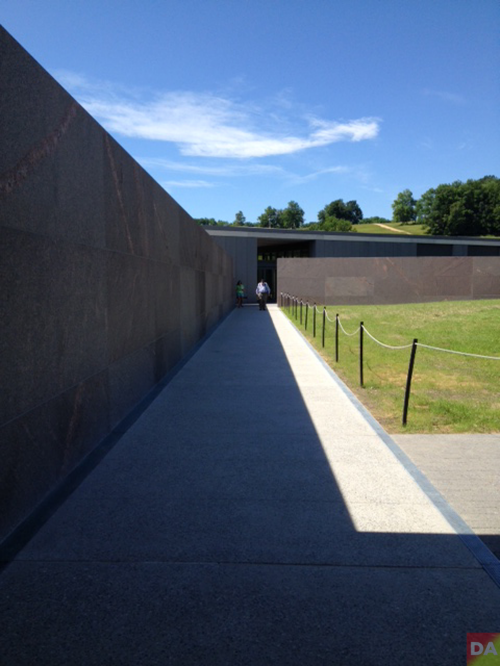 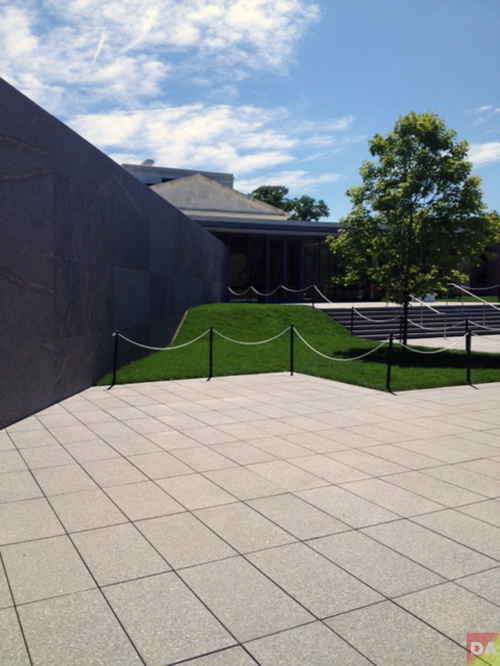 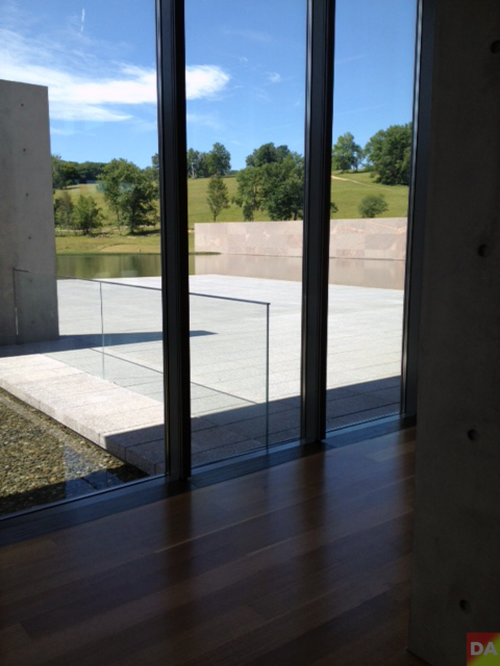 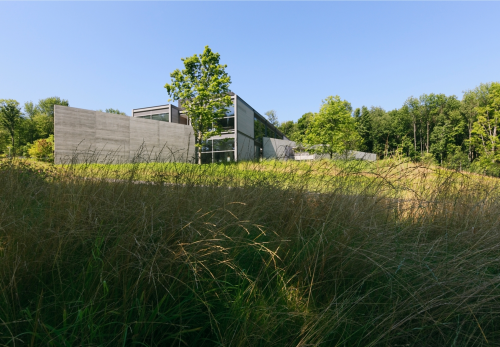 One wonders what the long winter of Western Massachusetts will do to the pool, lined with rounded stones that perhaps suggest the shallows of the Hoosic River, power source for the disused nineteenth century factories in the area. One has been converted into MASS MOCA, Massachusetts Museum of Contemporary Art, a few miles away.
1,6> images courtesy of the clark institute
2-5> images ©jeff goldberg/esto