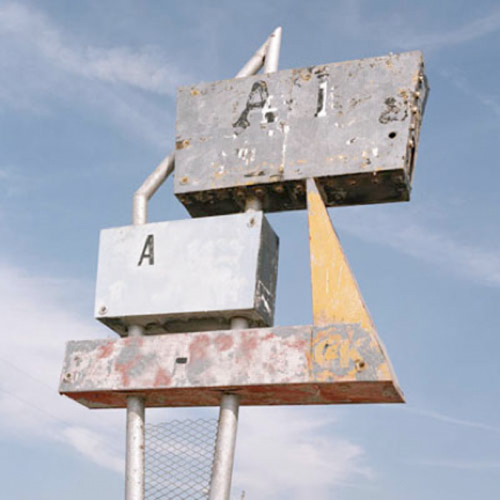 from series “signs without signification”

One of my favorite photographers, who figures prominently in my Typologies class at SVA-Design Crit, is Jeff Brouws. He has an important new show opening Thursday. He looks at design of man on the land–and now at the rights of ways of old railroads.

From the Robert Mann gallery in New York:
“In late 2009, Warren Buffett made headlines for investing in the railroad industry, thus marking it with the imprimatur of market confidence. It was a provocative move considering the general disappearance of trains from the national consciousness and the American landscape in general. Earlier that same year, Jeff Brouws began a body of work in which he investigates the forgotten legacy of the numerous competing railroads servicing Dutchess County in Upstate New York during the late 19th Century and into the first-third of the 20th. With The Machine in the Garden, Brouws masterfully shines a light on the vicissitudes of capital that govern the successive layers — material and psychological — of economic and cultural infrastructure…”
[ jeff brouws ]