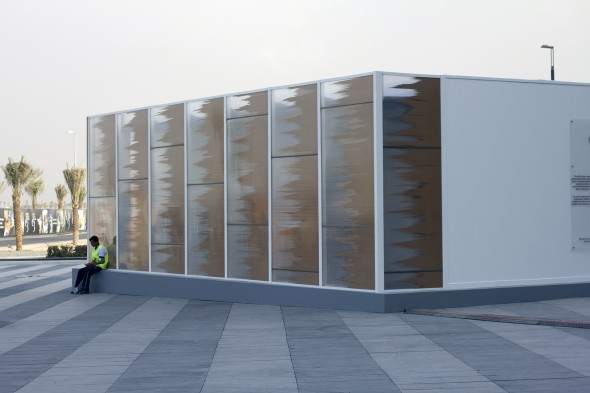 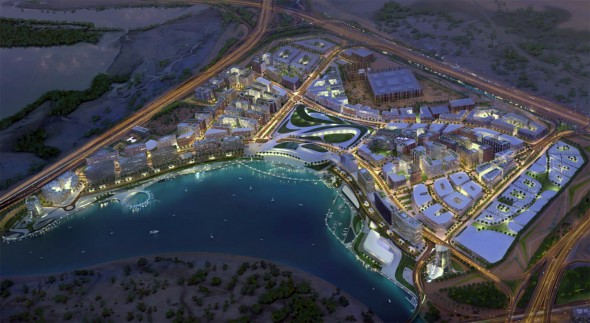 “abwab represents a direct portal to the region’s local design talent, which can benefit from a such international and culturally lively display as the dubai design week,” said a statement from the show’s organizers. 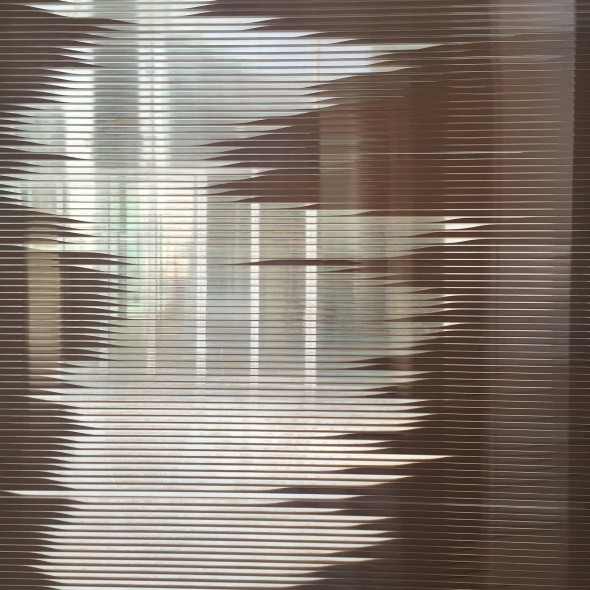 the pavilions themselves were designed by loci architecture + design studio under the creative direction of rawan kashkoush and comprised structures made from polycarbonate panels filled with sand, creating different patterns for each country. 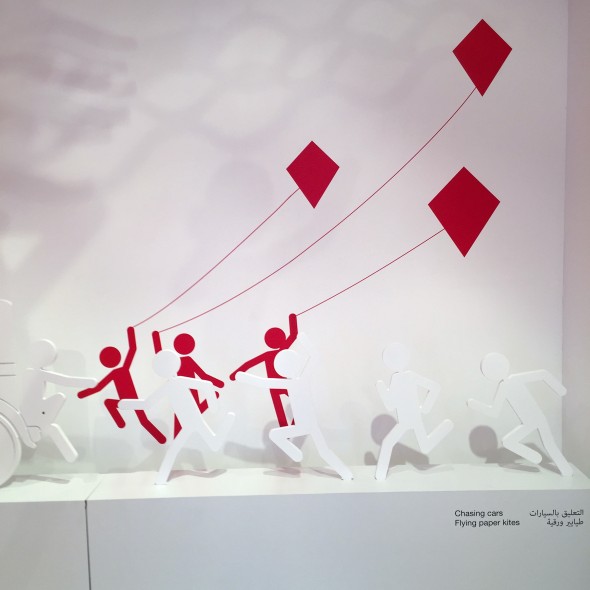 the kuwaiti pavilion, curated by architect waleed shaalan, was entitled tagga in tagga (move by move) and centred on a series of pictograms designed by graphic designer osama hadeed designed to simply communicate traditional kuwaiti games to younger generations so they would not be lost. 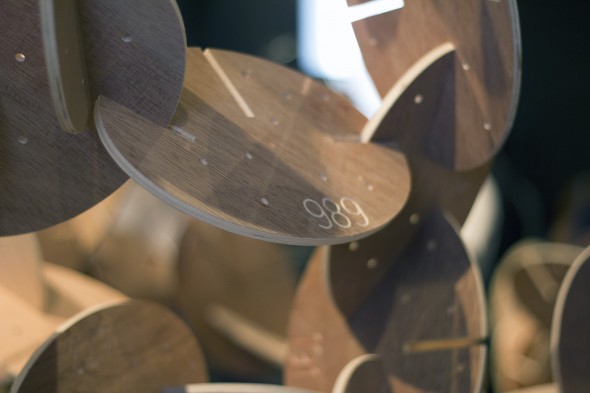 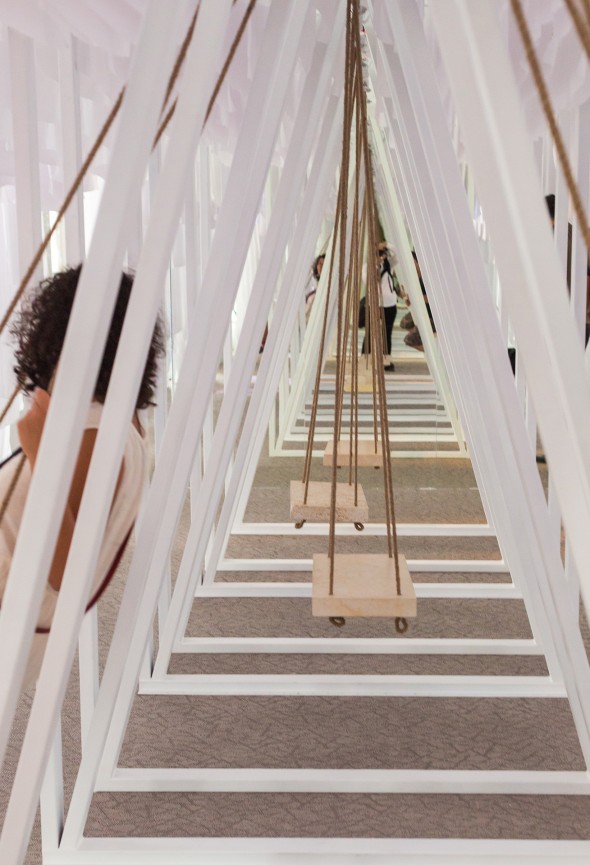 under the curatorial eye of arini creative platforms, jordanian designers dina haddadin, omar al-zo’bi, rand el haj hassan and rula yaghmour drew inspiration from the kite-flying, mountain hiking and the swings or ‘murjeiha’ of their childhood to create the untitled swing project, a collection of swings separated by white cotton curtains whose movement triggered an audio soundscape. 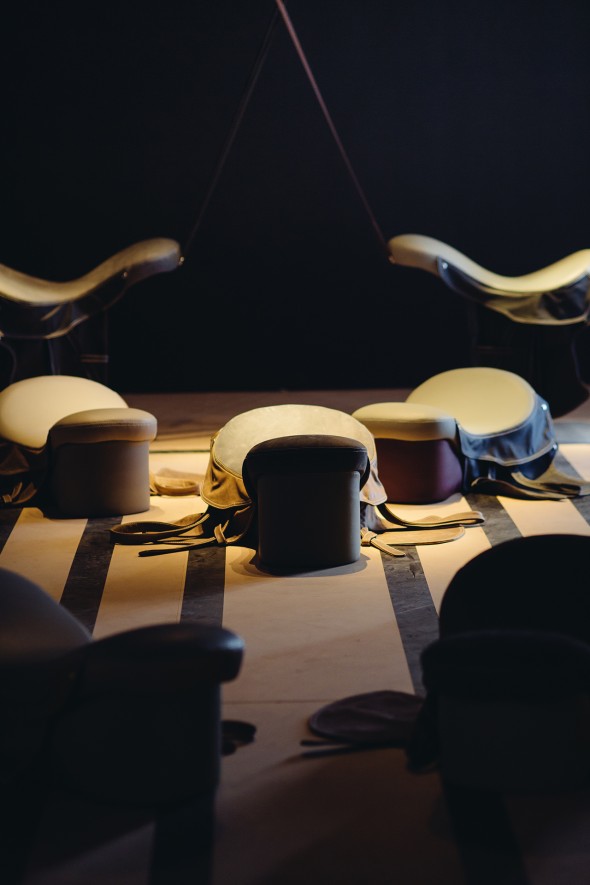 the saudi arabian pavilion took traditional local game um tse as its inspiration and included ‘male’ and ‘female’ saddle-inspired floor seats designed by ayah al bitar as game pieces inspired by differing gender roles in the country – the ‘male’ pieces were free to move, whereas the ‘female’ pieces were attached to the ceiling as swings, thus restricting their movement. 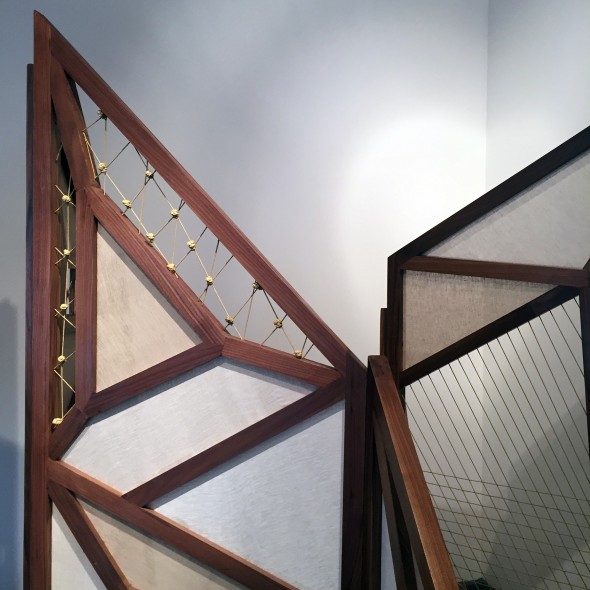 the phrase ‘all work and no play makes jack a dull boy,’ provided the inspiration for the mobius design studio curated uae pavilion. different experiences housed in the space invited participation and sensory stimulation in different ways. 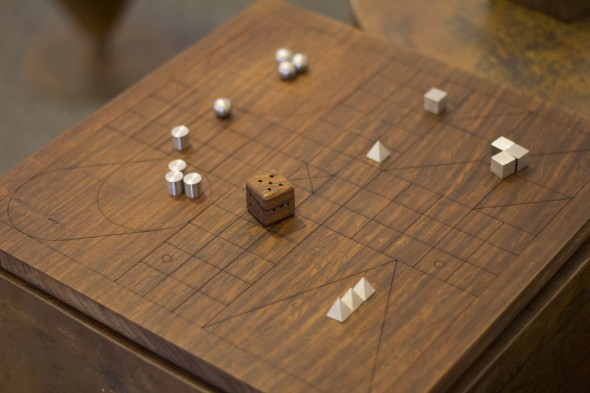 and finally, the pakistan pavilion, entitled ‘daalaan’ was curated by salman jawed and featured works by a multidisciplinary team of eight designers and included hanging fabric panels silk-screened with natural dyes to evoke the busy courtyards of pakistani homes and traditional games rendered in high-quality natural materials such as wood and bronze.