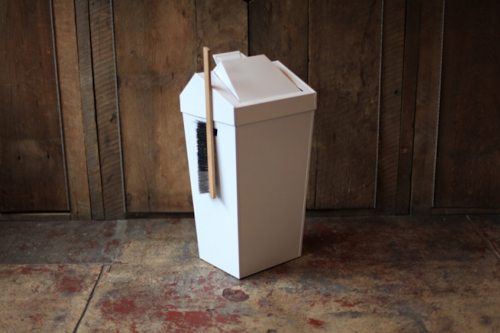 Brendan Ravenhill was one of a dozen designers whose work was on display at Noho Design District’s “Hotel California” exhibition at The Standard during NY Design Week. Like all the designers, Ravenhill lives and works in California, specifically Los Angeles, where his products are both designed and manufactured. He had a couple of powder-coated beauties on display, like his Signal Shelves (below), made from maple plywood set off by red steel brackets. My favorite, however, is his clever Dustbin, which Ravenhill describes as “the lovechild of a trash can and a dustpan.”

A natural bristle brush attaches to the side of the bin via “rare earth magnets,” and the swinging lid doubles as a dustpan. “The simple elegance of the Dustbin lies in the counter-balanced dustpan, which uses a heavy gauge steel handle to balance out the aluminum pan.” Ravenhill let me test it out by offering me his wallet to drop inside, where it landed with a satisfying clink of the lid. At $250 it may not be the most affordable trash can on the market, but it’s so well made and thoughtfully designed that Ravenhills calls it “the last trash can you’ll ever buy.” Watch a video of the Dustbin being made and tested. 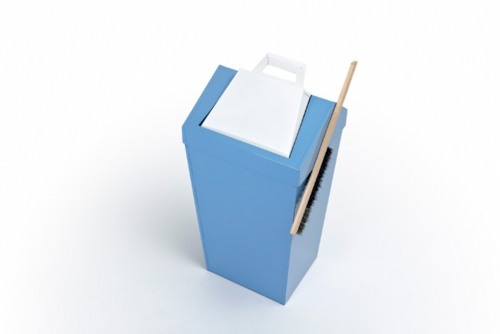 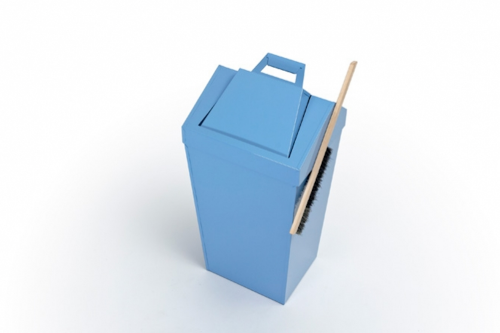 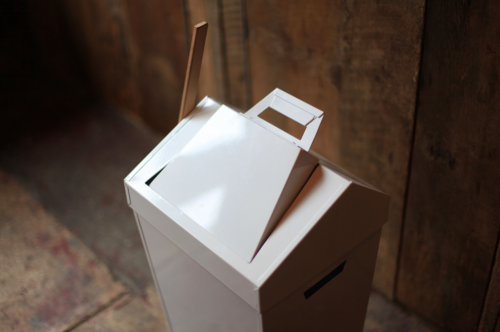 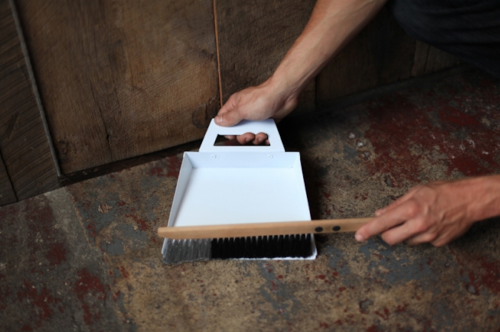 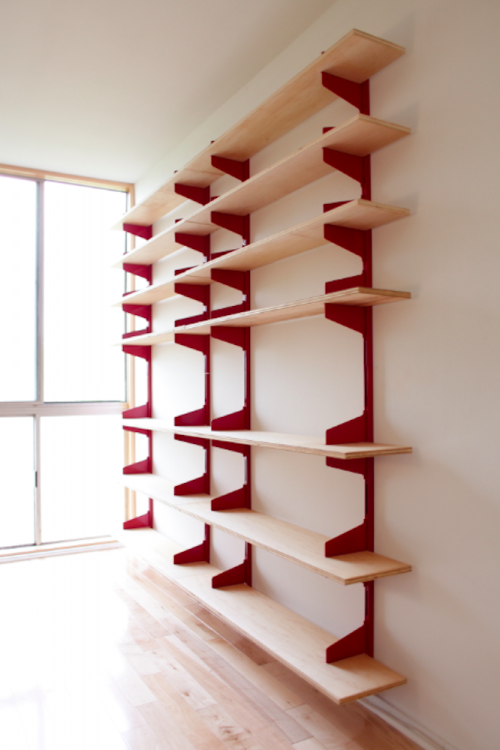 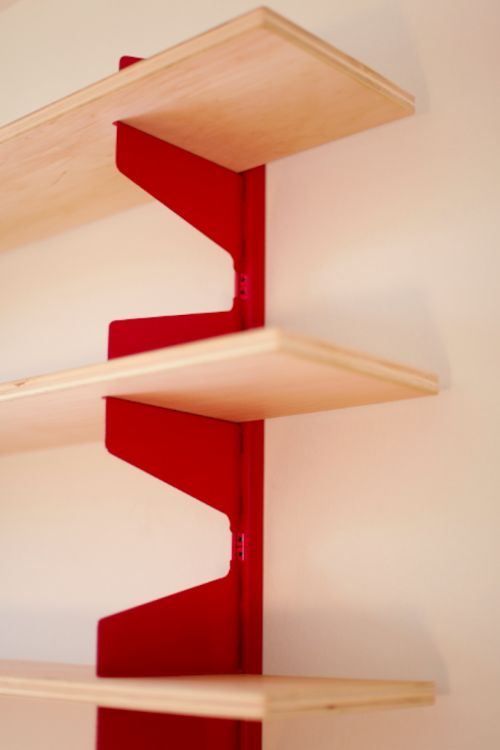 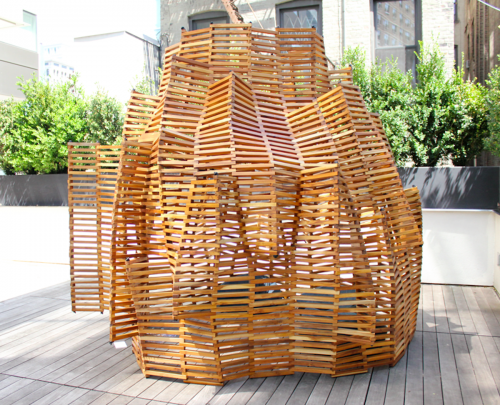 Who says you’re too old for a fort? Made from rich hardwood, Matt Gagnon‘s Knit Fort is decidedly grown up. The wooden pieces are stacked like Linkin’ Logs and stitched together with a rubberized cord, creating a flexible structure that can be tailor made to suit your space. Gagnon assembled this particular structure on the outdoor patio of the Standard Hotel as part of the “Hotel California” show for Noho Design District. He also suggested it could be used for a terrace sunshade, conference room dome, outdoor shower or living room cabana, whatever that is.

When I came across it, two grown men were sitting inside on floor pillows engaged in what seemed like a very serious conversation, oblivious to that fact that people nearby could hear them. When they left I ducked inside to give it a try. Sitting in the cozy little space with sunlight warming the wooden slats, you feel safe and distant from the world just outside and could very easily lose yourself in intimate conversation with a friend.

This may be Gagnon’s first fort, but it’s similar to his other work in that it shows what he describes as “an obsession with material and process, old craft and new technology.” He’s worked with woven wood before, too, in his Squeeze Lamp and Scissor Doors. See the rest of his work on his website. 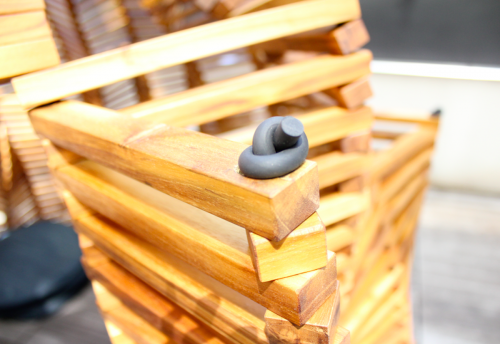