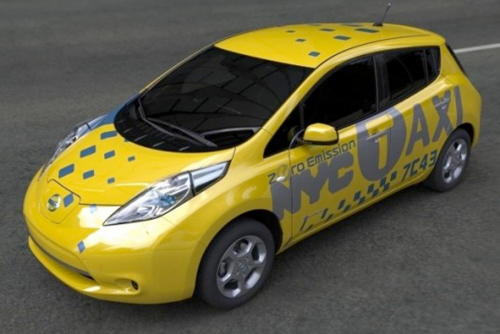 Winning a $1 billion exclusive contract from 2013 to supply NYC with its taxis for ten years, Nissan’s new take on the NYC taxi is based upon a modified passenger version of its NV200 compact commercial vehicle already common on the roads of Japan, Europe and China. But wait! Six taxi drivers will be given a Nissan Leaf EV for a year! 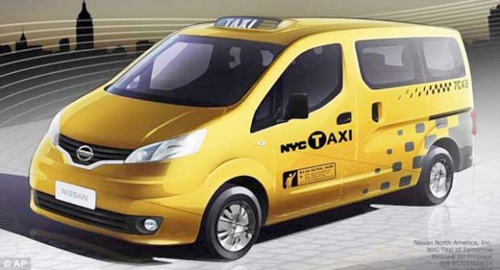 The taxis will run regular business for a year, and compile important data comparing the Nissan Leaf’s performance to traditional taxi cabs. A concern is the Nissan Leaf has a 100-mile range. But New York City’s cold and stormy winters will take it’s toll on that range. Most New York City cab drivers tend to drive an average of 100 miles a day. However, the EV taxi service is will operate out of a central garage that will more than likely have a 480-volt DC fast charging so taxis can get back on the road in 30 minutes. There has been no mention of having batteries available to switch out when the one in-use gets depleted. The deal is still early, so of course there are kinks that need to be worked out. In collaboration with the New York City Taxi & Limousine Commission.