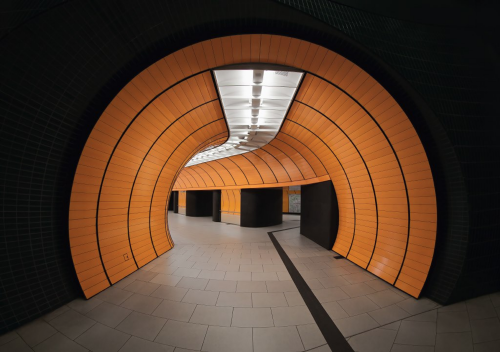 Having just visited Frankfurt for Heimtextil 2013 and getting about town via their metro system someone alerted me to Nick Frank’s photos of Munich’s U-bahn. The U-Bahn, began running in 1971 in advance of the ’72 Olympics. There have been 28 stages of development and its stations have evolved from a functional style into a futuristic artful style. The network has 100.3 km (62.3 mi) of active lines and 100 stations. The trains operate at speeds up to 80 km/h, which is the top speed among German U-Bahns. There are seven lines/routes and only line U6 crosses the municipal border to the town of Garching. Except for the lines U5 and U6, all lines operate completely below ground. 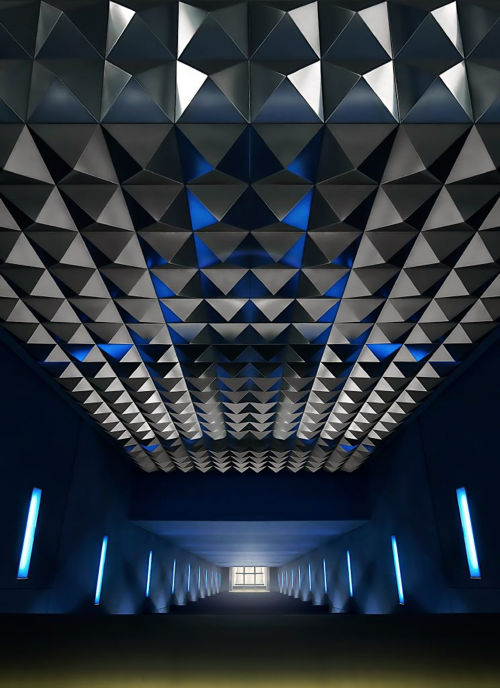 Frank, a Munich-based art director started photography in 2010 and this collection highlights geometric and graphic imagery. The shots devoid of people only heighten the surreal venues. 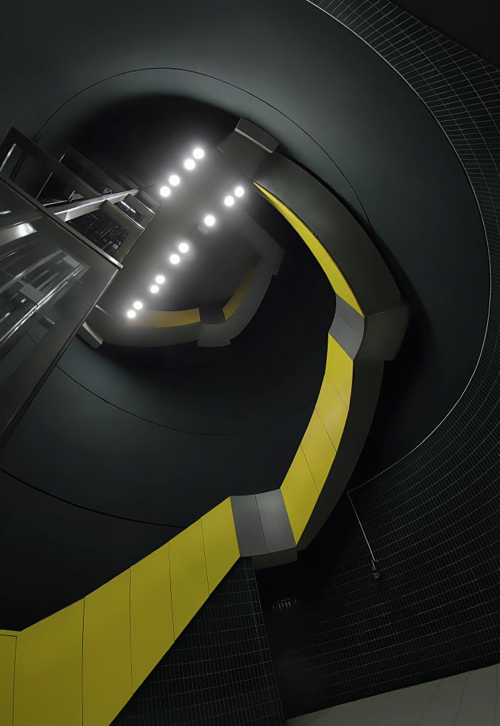