a lot will be happening in the ev, self-drive marketplace in 2020. above, nuro r2

now they get a great opportunity to prove themselves. the national highway traffic safety administration (nhtsa) has awarded [ nuro ] with a permit to temporarily deploy up to 5,000 low-speed electric delivery vehicles free of human controls.

the nuro r2 has been designed to make short trips and will be restricted to pre-mapped neighborhood streets. the vehicles will be deployed during a two-year period and offer a delivery service for grocery stores, restaurants, and other businesses.

in granting the nuro r2 a permit to test on public roads, the nhtsa has for the first time approved a petition for a vehicle that doesn’t meet all existing u.s. auto safety standards, such as featuring normal human controls like a steering wheel and mirrors.

u.s. transportation secretary elaine chao says that for vehicles like the nuro r2, “certain features that the department traditionally required – such as mirrors and windshield for vehicles carrying drivers – no longer make sense.”

nuro was co-founded in 2016 by a pair of former google engineers who had worked on the company’s self-driving car project. last year, nuro raised $940 million from softbank group corp and the company is now valued at $2.7 billion.

in december 2019, the state of california said it would allow ‘light-duty’ autonomous delivery vehicles to hit public streets across the state with a requirement test vehicles without a backup driver will need a certified link to a remote operator that can take control. at the time, nuro said it would apply for a permit to test the r2 in california, having already tested the vehicle in arizona and texas. 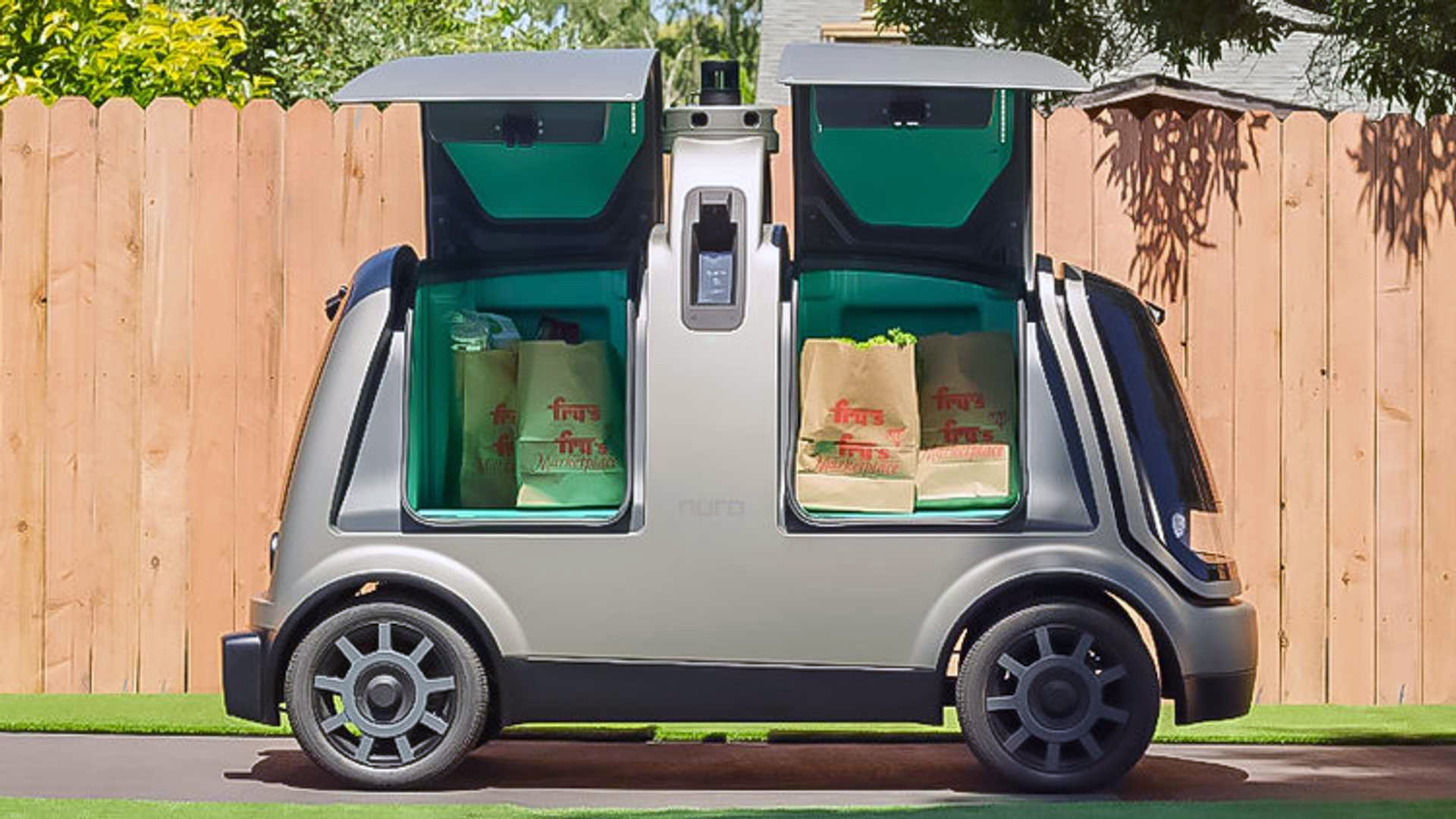 [ nuro ] dave ferguson and jiajun zhu have devoted their careers to robotics and machine learning, most recently as principal engineers at google’s self-driving car project (now waymo). they founded nuro in 2016 to harness the power of robotics and artificial intelligence to solve new challenges at a global scale. today their team consists of veterans in robotics, consumer electronics, autonomous vehicles, and automotive — from google, waymo, apple, uber, tesla, and gm.