Zaha Hadid has created ‘Prima‘ an installation for Swarovski at Vitra Fire Station on the Vitra Campus, Weil am Rhein, Germany. Hadid, is one of the world’s most celebrated architects and the first woman to win the Pritzker Prize, the most prestigious award in architecture. For years, her radical designs remained on the drawing board, but the turning point came in 1993 with the opening of the Vitra Fire Station commissioned by Vitra’s founder Rolf Fehlbaum.

Prima will be installed in front of the Fire Station, reflecting and honoring the design process of the building. The project recalls the dynamism of Hadid’s original drawings created for the Vitra Fire Station, exploding in three dimensions from the lines and planes of the paintings and sketches. Its reflective surfaces contain seating for visitors and are illuminated with LED technology. 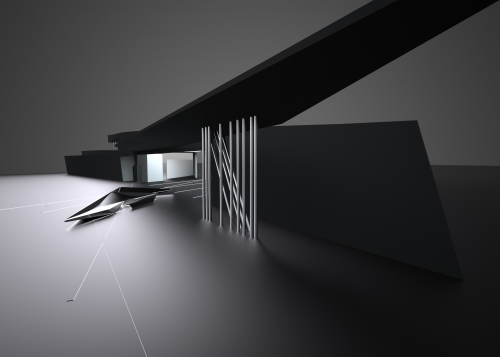 Hadid comments, “I’m equally proud of all my projects as they each represent different times of my career and periods of research, but I have a particular affection for Vitra Fire Station as it was my first building. Rolf Fehlbaum shares my passion for architecture and was inspired by my early visualizations. He dared to engage me without seeing a prior track record and without the certainty of public success. Returning to Vitra to work with Swarovski on this installation has been a very rewarding experience.”

Painting formed a critical part of Hadid’s early career as the design tool that allowed powerful experimentation in both form and movement – leading to the development of a new language for architecture. Hadid’s interest in the concepts of fragmentation and abstraction is evident throughout her repertoire and continues to this day. Originally engaging with the work of Kazimir Malevich, Hadid translated the warped and anti-gravitational space of Russian avant-garde painting and sculpture into her own unique architectural practice.

Using the advanced design and manufacturing technologies available today, the facets of Prima are a direct translation of the dynamic two-dimensional lines and planes on the canvas, reflecting Hadid’s detailed experimentation to perfect the Fire Station design. The installation continues this research, documenting Hadid’s remarkable journey as an articulator of complexity: a 2D sketch evolves into a workable space, and then into a realized building. 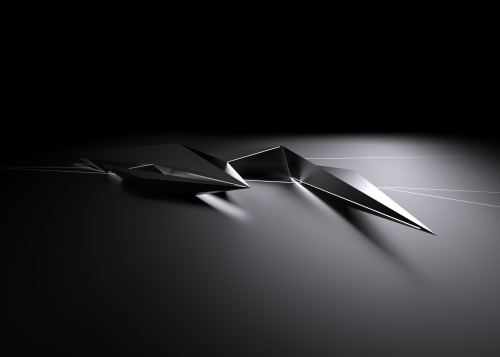 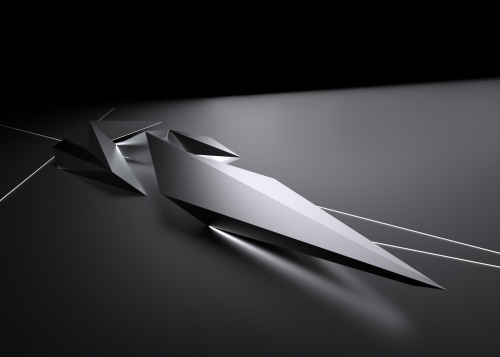 Nadja Swarovski, Member of the Swarovski Executive Board, commented: “Zaha is an astonishing force of nature who imparts her designs with power and grace in equal measure. It has been an honour to work with her once again on this exciting celebratory commission. Prima is a dramatic sculptural installation – half art, half furniture, and stunningly beautiful.”

Rolf Fehlbaum, Chairman of Vitra, said: “I am happy to have worked with Zaha Hadid at such an early stage of her dazzling career. Her Fire Station is a spectacular building and it looks as impressive now as it did when it was first built. Few other architects would have been able to transform a modest commission like ours into a masterpiece of contemporary architecture. Zaha has been able to do so, thanks to an incredible sense of space and a radically new vision of what architecture can represent.” 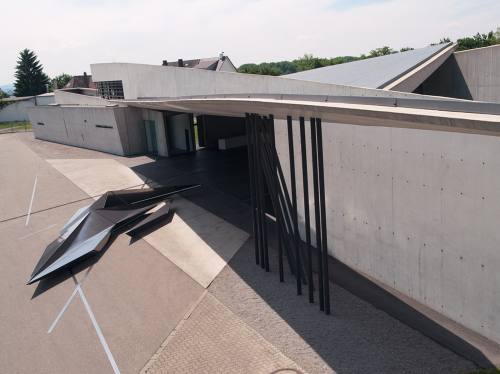 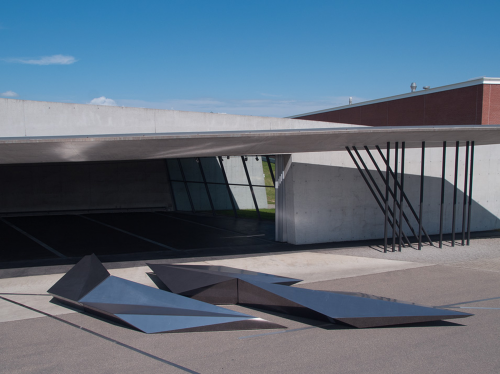 [ prima ] is a structure composed of five highly polished components with angled planes, the installation is made from composite materials, and the surfaces are covered in a gun-smoke metal coating. Each component weighs 300 to 500 kg and the overall dimension of the installation is 11 x 8 metres. 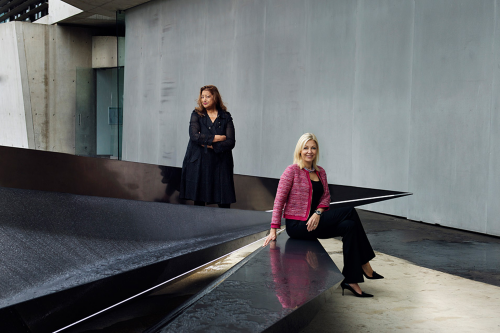 [ zaha hadid ] Hadid was born in Baghdad and studied mathematics at the American University of Beirut before moving to London to attend the Architectural Association (AA) School. She founded Zaha Hadid Architects in 1979 and completed her first building, the Vitra Fire Station, Germany in 1993. Her dynamic and innovative projects include the MAXXI: National Museum of 21st Century Arts in Rome, the London Aquatics Centre for the 2012 Olympic Games and the Guangzhou Opera House in China. Hadid is currently working on a multitude of projects worldwide including High-Speed train stations in Naples and Durango; the Fiera di Milano masterplan and tower as well as major master-planning projects in Beijing, Bilbao, Istanbul and Singapore. Time magazine included Hadid in their list of the ‘100 Most Influential People in the World’ and in 2012, Zaha Hadid was made a Dame Commander of the Order of the British Empire by Queen Elizabeth II.

[ swarovski ] is a global leader in crystal with a diverse product portfolio that is loved by designers and millions of customers around the world. It brings innovation in jewelry, fashion, beauty, home accessories and collaborates in art, design, fashion, film, stage and screen that challenges emerging and established creative talents to evolve groundbreaking new uses for crystal.

[ vitra design museum ] is dedicated to the research and presentation of design, past and present, and examines the relationship of design to architecture, art and everyday culture. The Museum was founded in 1989 by the company Vitra and its owner Rolf Fehlbaum and is today led by directors Mateo Kries and Marc Zehntner. Mounting two major exhibitions and several more shows, events and workshops per year, it has its headquarters in a building by the Californian architect Frank Gehry, situated within the Vitra Campus in Weil am Rhein, Germany. Its extensive collection encompasses key objects of design history, and the estates of several important figures in design (including Charles and Ray Eames, George Nelson, Verner Panton and Alexander Girard).