The cooperation between Arne Jacobsen and Fritz Hansen dates back to 1934. But in 1952 the break-through came with the Ant. It was succeeded by the Series 7 in 1955. This propelled his and Fritz Hansen‘s names into furniture history.

Series 7, more specifically the Model 3107 Chair, was very unlike his other designs in that he did not design ‘7’ for one specific project – like he did with the Ant chair to the canteen of Novo Nordisk in Denmark or the Oxford chair to St Cathrine’s College in Oxford, United Kingdom. With this open-endedness pedigree Fritz Hansen conceives asking 7 cool architects to give their architectural and personal take on the Series 7. The architects are Bjarke Ingels Group, Carlos Ott & Carlos Ponce de León, Jean Nouvel Design, Jun Igarashi, Neri & Hu, Snøhetta and Zaha Hadid Architects. 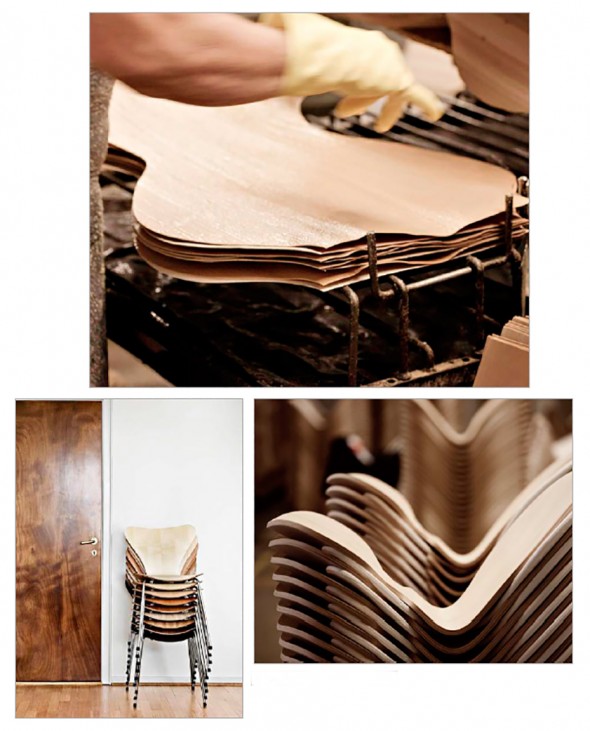 above/below> Bjarke Ingels Group (BIG) – Copenhagen and New York – inspiration and idea came from the production of the chair. 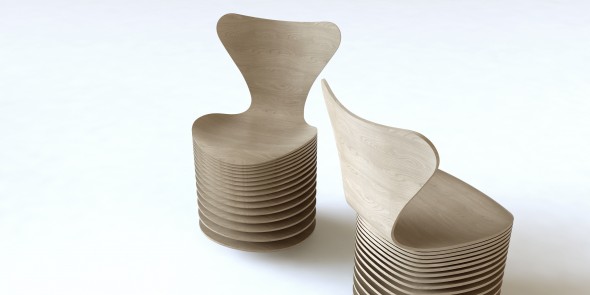 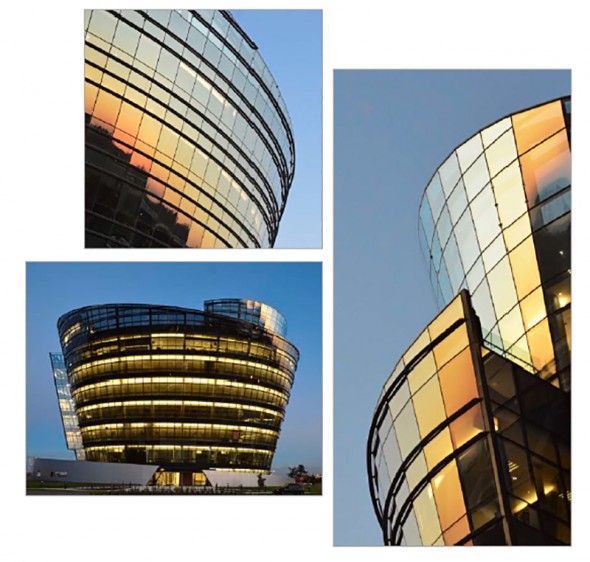 above/below> Carlos Ott Architects / Carlos Ponce de León Architects – Montevideo – inspiration and idea cames from seven-story Celebra designed by the architects and where the chair could reside, a restaurant in the building located in an open-roof basement which has a vertical garden wall. 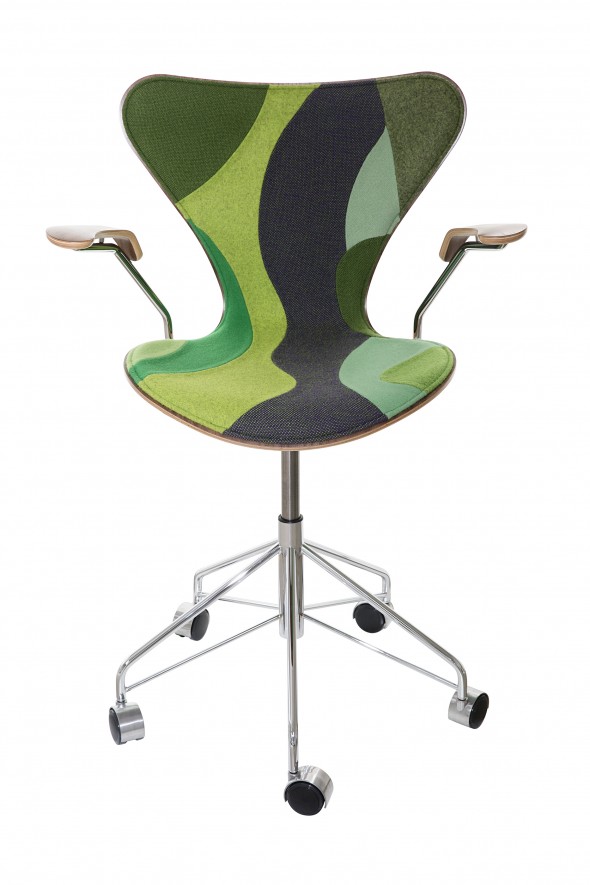 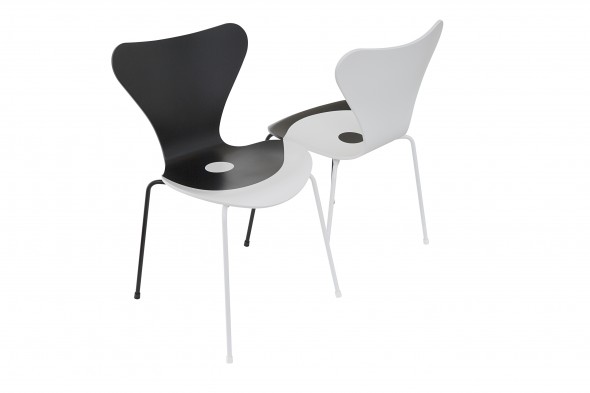 above/below> Jean Nouvel Design – Paris – inspiration and idea reflects design elements seen in many solutions, i.e., how apparently opposite or contrary forces are actually complementary, interconnected, and interdependent in the natural world. 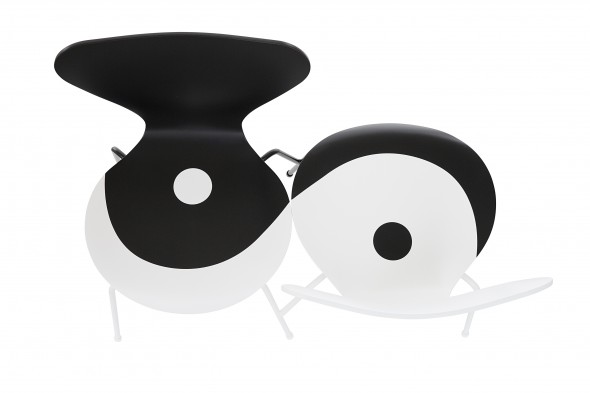 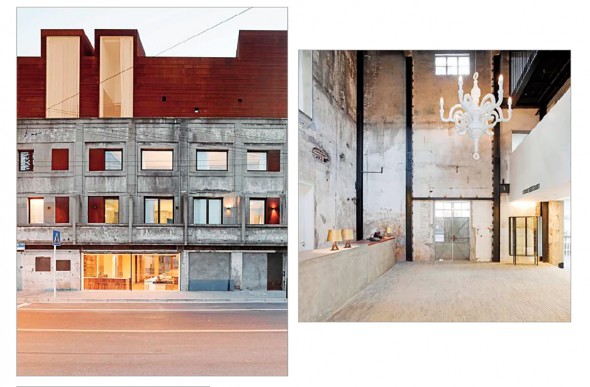 above/below> neri&hu – Shanghai – inspiration and idea comes from a 1930s Army headquarters building they repurposed into the boutique hotel The Waterhouse. The idea of a replica, a double, a variation, a re-edition hinges on the duality between the original and the re-design. Their take on this project is to embrace this exact idea of duality and create an actual “double”. A singular chair multiplied as the individual becomes a community. 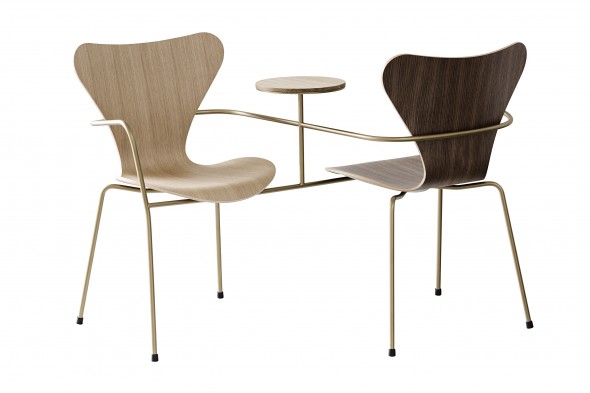 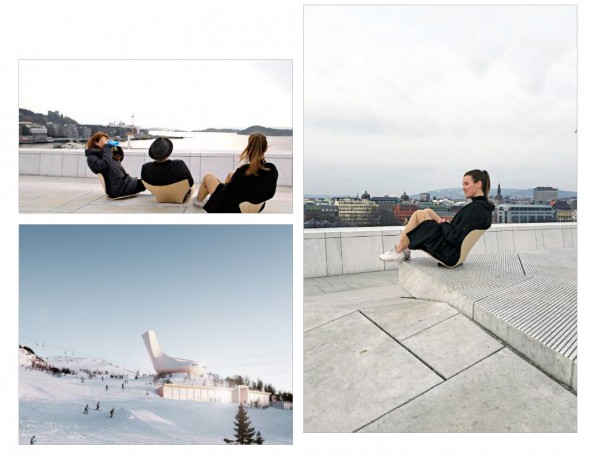 above/below> Snøhetta – innsbruck | new york | oslo | san francisco inspiration and idea comes from an idea to make the chair more of a social tool. The wood is a representation of softness in contrast to metal. A legless construction is free and indeterminate. It is versatile and simple. And maybe it can be a symbol for social interaction and playfulness? If we add even more softness to it we might be able to create a new user experience – additional functionality. 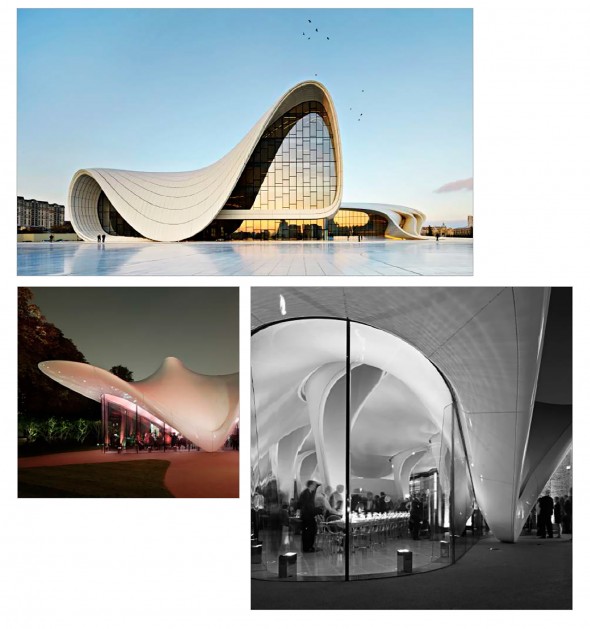 above/below> Zaha Hadid Architects – London – inspiration and idea comes from natural and fluid forms, expressive of innate structural forces, informed the design for this bespoke chair. Similar to how other projects designed by Zaha Hadid Architects address and mediate between an existing context and a new formulation of space, the provision for this chair was to create a harmonic transition from the existing shell and how it can effortlessly touch down on the ground. 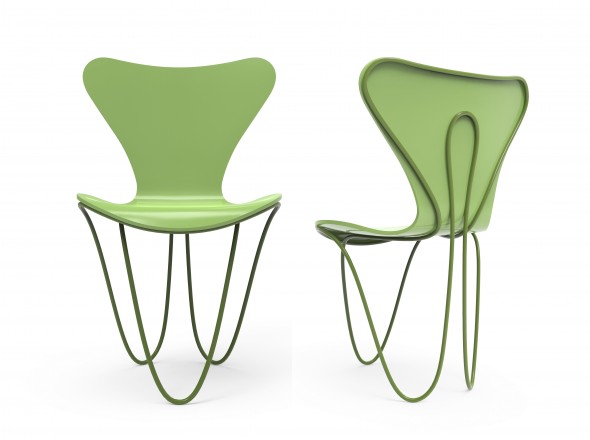 This project is not the first time the Series 7 chair has been given a new look. In 2009, Fritz Hansen collaborated with designers Arik Levy, Autoban, Fabio Novembre, Jaime Hayon, Maarten Baas, Nendo and Sebastian Bergne to release the chair in seven new colors.

An exhibition will travel around the world from London to Tokyo featuring the designs by the 7 cool architects. First up is September’s London Design Festival 2015.