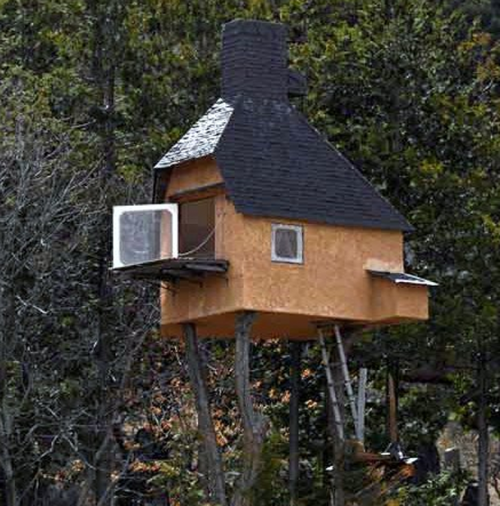 The academician and architect, Terunobu Fujimori, has observed that a teahouse is “the ultimate personal architecture.” Its extreme compactness, which would at most accommodate four and a half tatami mats (2.7 square metres) or even just two tatami mats (1.8 square metres) of floor space, makes it feel as though it were an extension of one’s body, “like a piece of clothing.”…

Fujimori hires professionals to do all the structural and electrical work on his buildings but handles many of the interior finish details himself, with a motley group of volunteers that he calls the Jomon Company—so named for the Neolithic period of Japanese history and for the primitive tools they use to give Fujimori’s interiors a warm, roughed-up feel. Although he might have conceived and built this one all on his own.