above> twergi by ettore sottsass

alessi announces the recognition of four key projects designed by as many prominent figures of the international design scene in the 2021 good design® awards: with twergi by ettore sottsass, 100% make-up proust by alessandro mendini, plissé by michele de lucchi and sweetheart by jim hannon-tan 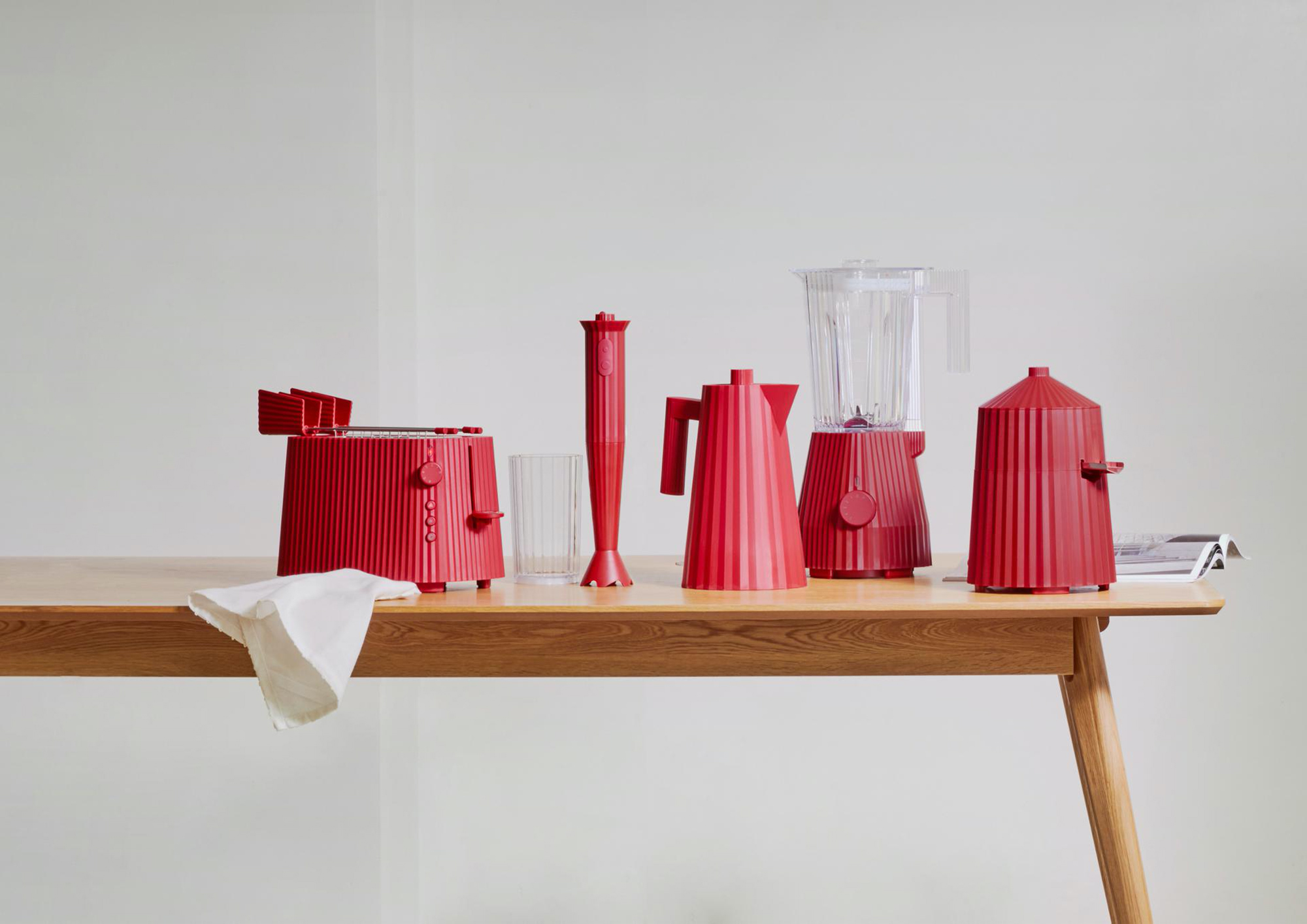 above> designed by michele de lucchi plissé collection features an electric kettle, a blender, a hand blender, a toaster, and a citrus juicer. the refined design of these small kitchen appliances perfectly embodies the alessi essence of objects conveying art and poetry, functionality paired to sophisticated aesthetical research that heightens them to domestic sculptures. echoing the fifties and sixties fashion, plissé collection covers with pleats and folds domestic objects, transforming them into contemporary objects to exhibit in all kitchen environments as modern sculptures. 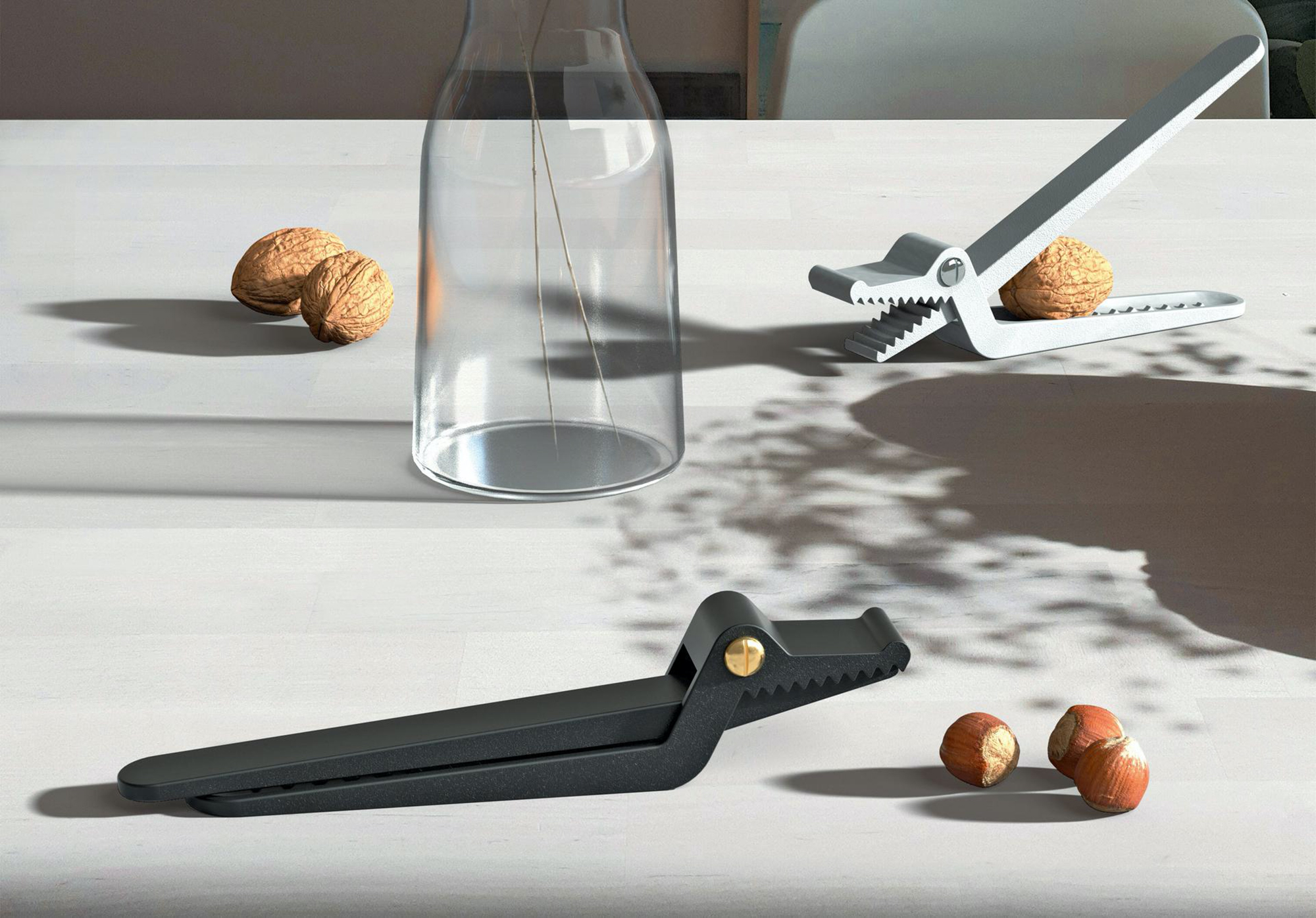 above> designed by jim hannon-tan sweetheart is a nutcracker inspired by the tale of the australian crocodile carrying the same name. at nearly 6 meters in length, sweetheart had a curious penchant for attacking outboard motor propellers. in 1979 he accidentally drowned by getting tangled in a net; his stuffed remains are preserved in a museum. inspired by a late-victorian model, this nutcracker is a tribute to australian wildlife. made of cast aluminum, it is a resistant and practical object to use, suitable for opening all types of dried fruit. 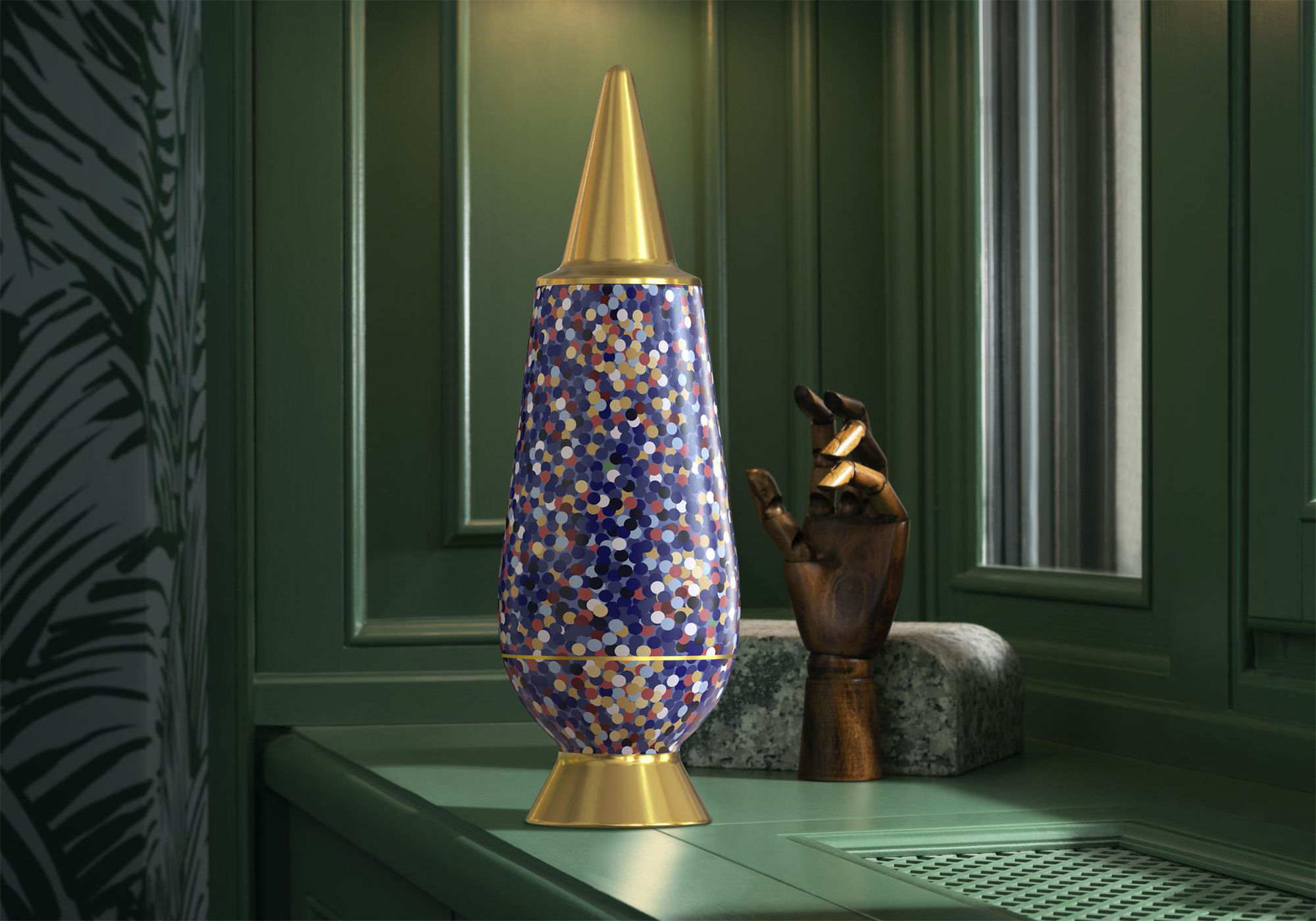 above> part of the alessi 100 values collection too, 100% make-up proust designed by alessandro mendini celebrates art as a crucial component in making design, and as an intrinsic and signifying value of alessi products. an extraordinary object originally crafted in two pieces for a show in bonn in 2000 whose title was “italy-germany 4:3. fifty years of italian and german design”, now re-edited in a numbered edition of 999 pieces. the vase ideally joins the collection coordinated by alessandro mendini in 1992, titled “100% make up”, which saw 100 authors, hailing from diverse creative fields, imagine a personal decoration for the same vase designed by the designer himself. this charming object provides a new interpretation of a pattern dear to mendini, born during a trip to france in the places where the writer marcel proust lived. 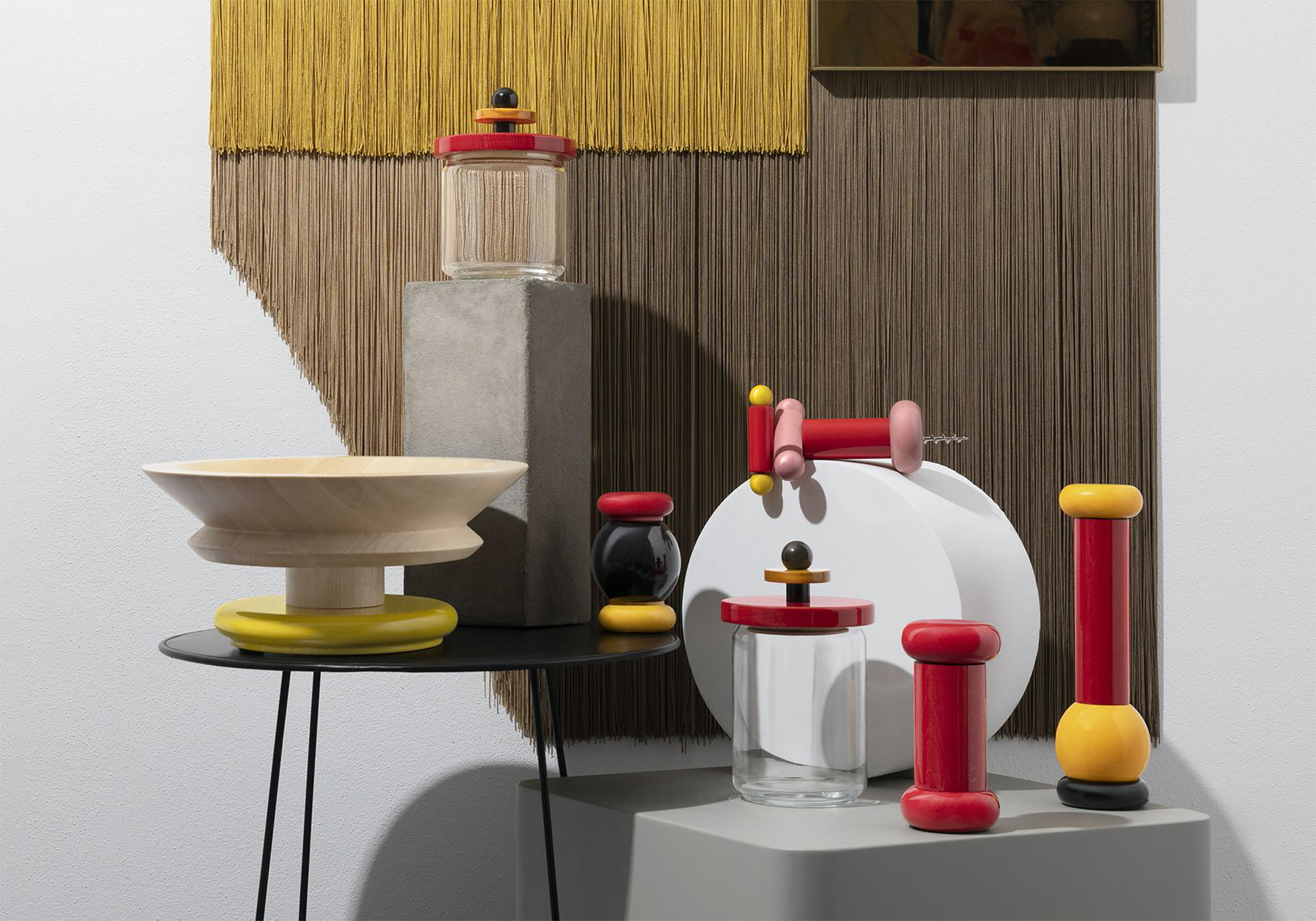 above> created in 1989 with the hope of revitalizing the ancient tradition of wood turning, at the beginning of 2021 the collection twergi by ettore sottsass has been relaunched with a new color palette as part of the 100 values collection that celebrates alessi anniversary. the collection includes jars, a corkscrew, a table centerpiece and salt, pepper, and spice grinders. these are must-have objects interpreted by sottsass with his distinctive signature juxtaposition of colorful overlapping shapes, typical of his poetic vision. all the pieces are made in italy with a semi-artisanal wood turning process in compliance with strict environmental, social, and economic standards.

now in its 71st edition, [ good design ] is one of the most prestigious and recognized design awards in the world, conferred annually by the chicago athenaeum museum of architecture and design in collaboration with the european center for architecture, art, design and urban studies and metropolitan arts press, ltd. founded in chicago in 1950 by architects eero saarinen, charles and ray eames and edgar kaufmann jr., the good design® prize is awarded evaluating over 900 design, graphics, and packaging projects from more than 48 countries, based on criteria such as innovation, sustainability, creativity, branding, shape, functionality, materials used, usefulness and aesthetics. 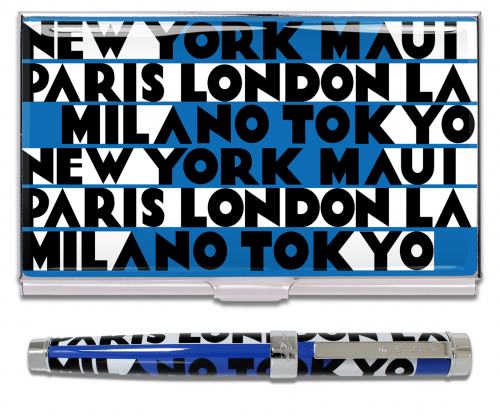 I seldom lose a pen if it’s extra special. That’s one reason I love Acme Studios pens. And they seem to magically appear on special occasions. ACME Studios was founded in Los Angeles in 1985 by Adrian Olabuenaga and his wife, Lesley Bailey. Their roots quickly start with Ettore Sottsass and the Memphis Group. You can find Acme Studios products all over the world. Here’s five of my favorites. [ acme studios ] [ store locator ] 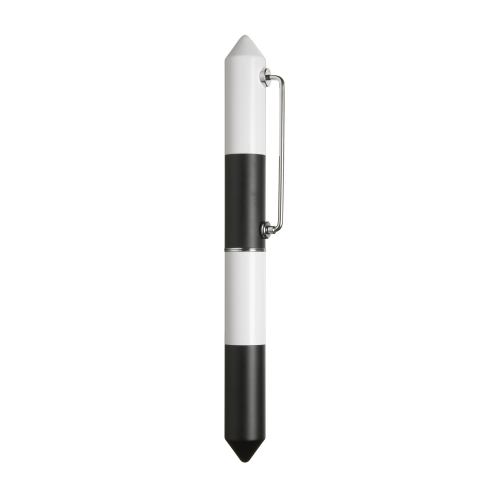 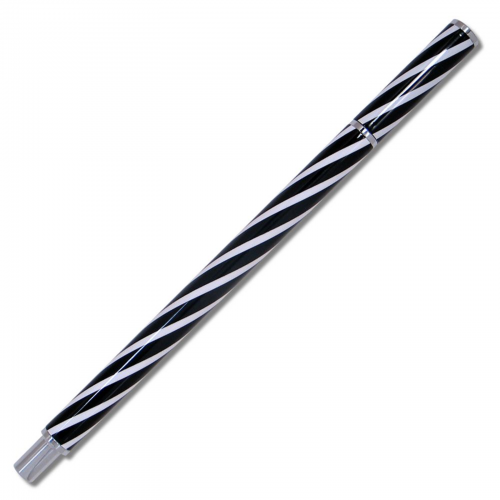 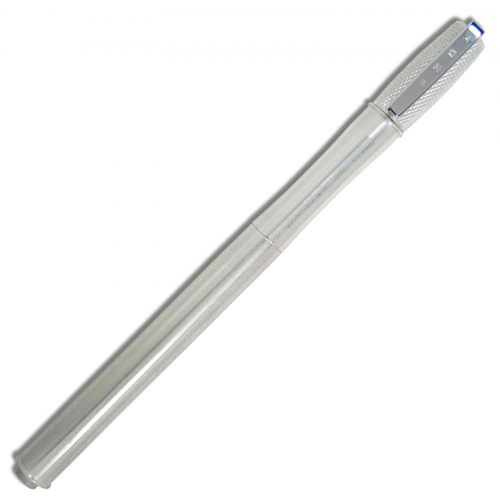 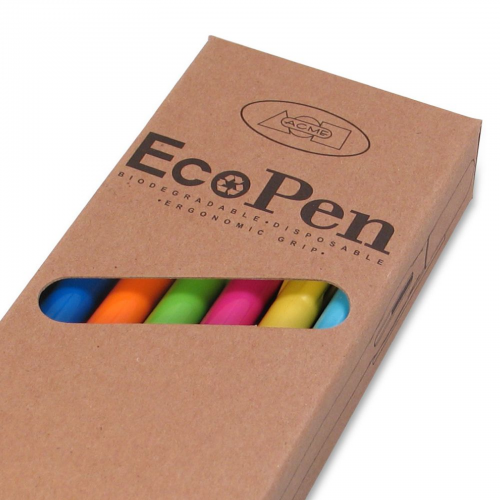