it seems that every touchpoint with this uber-luxury marine experience has been carefully addressed and solved in the most elegant of modern aesthetic. no idea how and whether it works, but i’m sure dolphins will jump out of the water to catch a better view and humans will drool all over it wherever it may dock -more likely in monte carlo than cleveland, ohio. 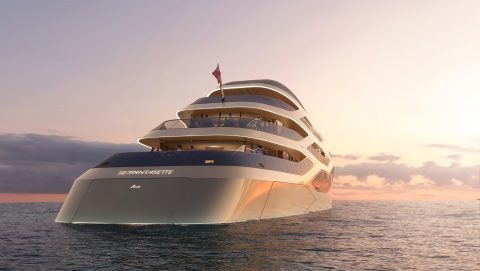 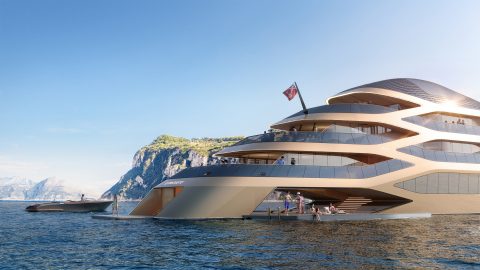 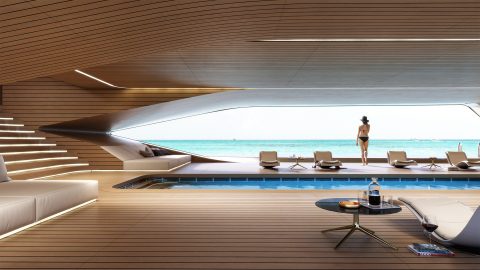 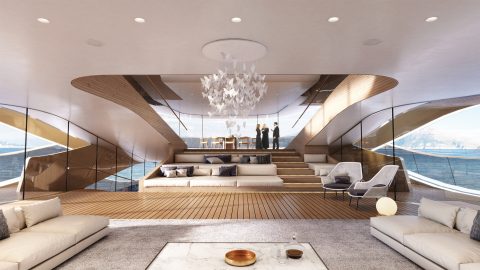 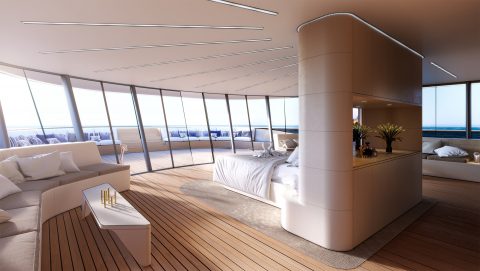 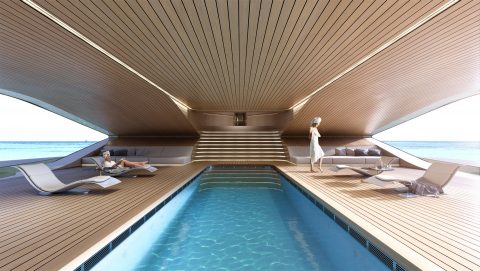 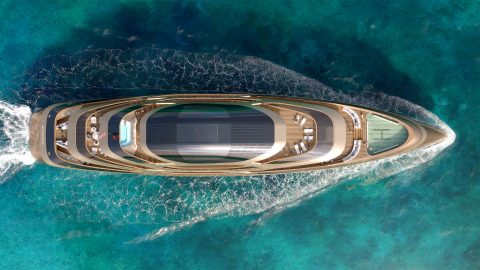 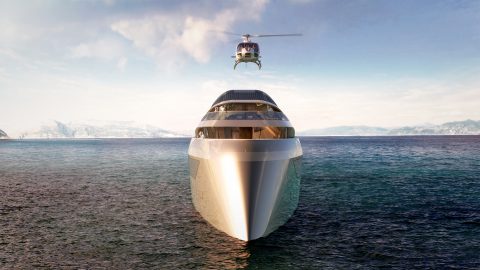 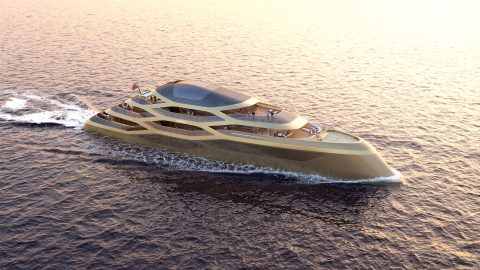 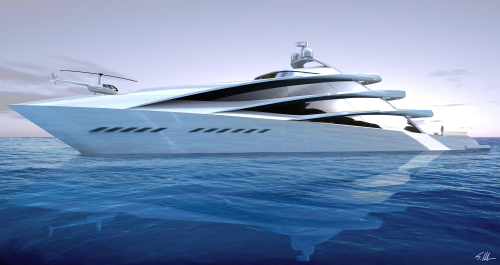 scott henderson ~ SPIRA derives its name from the Latin word for Breathe. When one thinks of a Super Yacht’s traditional archetype, the primary elements that come to mind are the hull and superstructure and how the decks interact within that composition. Three decks slice through the superstructure diagonally, not horizontally. This unexpected structural solution suggests an aquatic breathing metaphor…a formidable sea creature’s gill, and gives SPIRA’s side-view a unique and stunning look. At the same time, this treatment of the vessel’s structure evokes the iconic image of a ship’s sails overlapping each other while being filled by the wind.

The three decks seem to be layered on top of each other at the bow, peeling apart and rolling their edges outward and upward as they move aft, naturally and elegantly forming the side barriers for the exterior decks on each of the three upper tiers.

The upper decks cross diagonally through the superstructure instead of a more traditional horizontal intersection. From the interior looking outward, this creates the visual effect of an open loft space, as much larger and more open views of the outside surroundings are obtained through the superstructure’s exterior glass walls which are no longer confined by horizontal and parallel fields of view. To achieve this effect, the interior decks are floating from the inner wall of the superstructure’s exterior glass by a half-meter.

The yacht incorporates an integrated and intersected helipad on its bow which comfortably lands a Robinson R44 Raven II or Eurocopter AS365, with access through a flush hatch which leads into the interior of the cabin. At the stern, the volume behind the Jacuzzi houses two jet skis and other water toys which load into the water via a sliding ramp that positions the jets skis past the swim deck prior to lowering them into the water.

An A.Frame structure intersects the three upper decks as one visually continuous surface, flowing into the arced communications tower above the sun deck and then back down to the main deck. This bold surface visually simplifies the architectural composition of the mega.yacht because of its singular and continuous line. The bold and dominate A.Frame’s outer edges blend into the superstructure’s exterior glass tangentially, heightening the look of her fearsome power and ability to slice through wind and ocean with streamlined efficiency.

A high level of functionality, her clean ‘hydro.dynamic’ form factor, and the emotional resonance of the ‘aqua.pomorphic’ and nautical metaphors intrinsically imbedded into her design, the mega.yacht SPIRA is instantly memorable and iconic. 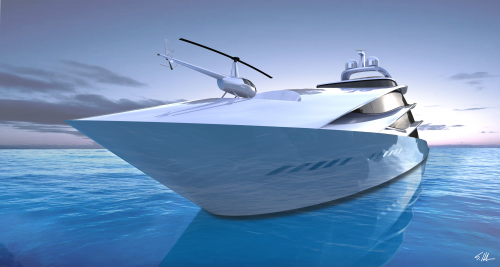 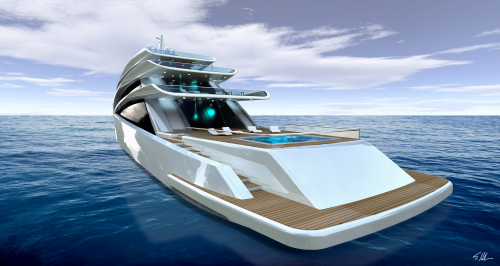 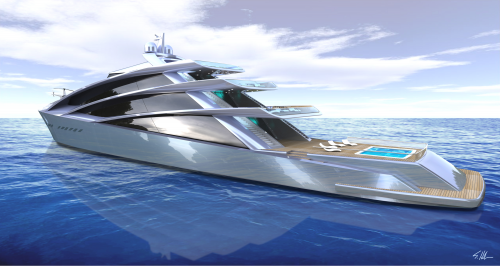 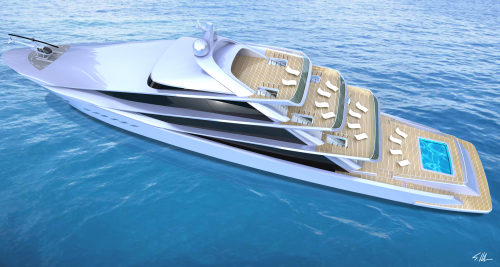 [ scott henderson ] is an American product designer working in Brooklyn, New York City. Known for his innovative consumer products in the areas of houseware’s, electronics, furniture and his line of Museum Store gift objects called MINT, the 70-meter SPIRA Super Yacht follows his earlier concepts: PRIONA, QUILLON and MANTA from, 2012.