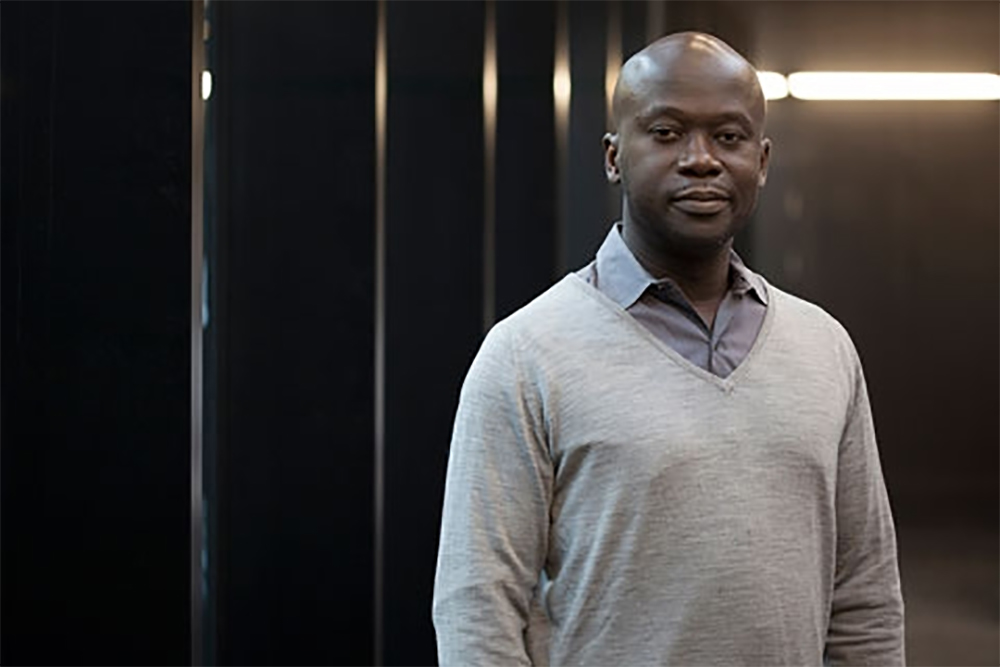 With over 50 built projects across the world, David Adjaye is rapidly emerging as a major international figure in architecture and design. Rather than advancing a signature architectural style, Adjaye’s structures address local concerns and conditions through both a historical understanding of context and a global understanding of modernism. Making Place is the first comprehensive museum survey devoted to Adjaye, this exhibition offers an in-depth overview of the architect’s distinct approach and visual language with a dynamic installation design conceived by Adjaye Associates.

Of African ancestry and raised in Ghana, the Middle East, and England, Adjaye now has offices in London, New York, Berlin and Accra. Like many international architects, he is itinerant, and his practices defy cultural borders and geopolitical categories. However, Adjaye is unique in being an African-born architect working in a global landscape. Having traveled the world studying buildings and architectural styles, most recently and extensively in Africa, he is acutely sensitive to the effects of location. A proponent for architecture from beyond the Western canon, he brings a distinctive contemporary “Afropolitan” view to his various projects.

While Adjaye has never adhered to a discrete style, his projects coalesce around certain ideas. Often set in cities struggling with diversity and difference, his public buildings provide spaces that foster links among people and explore how neighborhoods evolve, how new communities are created, and how unexpected junctures weave diverse urban identities and experiences into the tapestry of multiculturalism. Rethinking conventions, his designs speak to the specific time and place in which they were made. These ideas are expressed in important recent projects, such as the Smithsonian’s National Museum of African American History and Culture on the National Mall in Washington, D.C., a building that faces history head-on, bringing together references from across Africa and America in a visually and physically evocative design.

This exhibition, comprising furniture, housing, public buildings, and master plans, fills the first-floor Abbott Galleries and the second-floor architecture and design galleries in the Modern Wing. In addition to drawings, sketches, models, and building mock-ups, a specially commissioned film featuring Adjaye’s collaborators—an international roster of artists, the exhibition curators, and other influential figures in the art world—helps bring his projects to life and makes clear the important role that Adjaye plays in contemporary architecture today.

above> learn from curator Zoë Ryan how a life-sized pavilion, large-scale models, full-scale fragments, and a vast array of media combine to create the perfect museum experience of David Adjaye’s architecture.

[ memo ] The Mass Extinction Memorial Observatory, will comprise a monument to the world’s extinct species and an adjacent biodiversity education centre. Conceived as a continuous spiral of stone, it will be carved with images of the 860 species assessed as extinct since the dodo.

It will be an on-going monument, with more stones added when species become extinct. The bell of biodiversity, placed in the centre of the monument, will be rung annually on the international day of biodiversity and to mark further species becoming extinct. Sited on the Isle of Portland on the south coast of Britain, each creature will be immortalized in stone along the circular ramp that leads to the top of the 100 foot high Bowers Quarry observatory. Visitors will then walk back down the outside of the ramp to ground level.

A fitting insertion into the landscape, the project presents an opportunity to revitalize the old Bowers Quarry and to draw attention back to the natural beauty and craftsmanship of Portland. Rather than a building or shelter, MEMO is devised as a journey, exploring the relationship between interior and exterior, landscape and enclosure. The circular form resonates with Portland’s three lighthouses near Portland Bill as well as the remains of the windmills at Perryfields to the south east of Weston. The spiraling arrangement is inspired by a turreted gastropod fossil, found in particular abundance in Bower’s Quarry, the ‘Portland Screw’ (Aptyxiella portlandica). The material palette is predominantly Portland Stone to reinforce a sense of the landscape, echoing the character of part of the cliff with its exposed stone strata. The sizes of the blocks and the rhythm of the joints are alternating with an accent on the horizontal joints, while the surface of the stones is rough – like the face of a Quarry Block. The development will promote the use of local and recycled material.

Adjaye designed the observatory and exhibition centre as a gift to the MEMO charitable organisation, which is collaborating with the EO Wilson Biodiversity Foundation in the US.