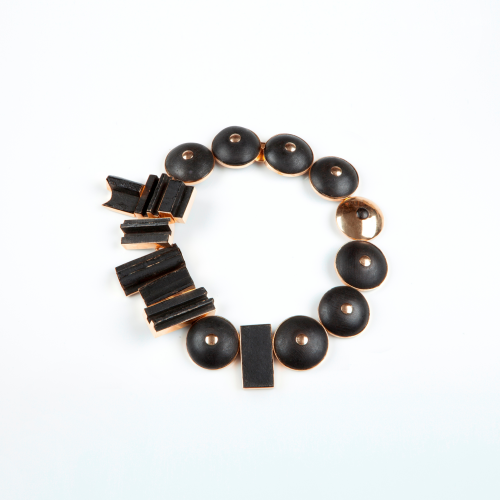 “One of my favorite pictures of Louise Nevelson is the Richard Avedon photograph of her from 1970s wearing a black festooned hat and cape and layers upon layers of handmade necklaces. I love the idea that she made and wore her own jewelry and that it went hand-in-hand with her sculpture making process. The photograph of her is fearless, and her necklaces act as both her shield and badge of honor.

The Nevelson necklace offered at Didier has this same kind of resonance. It is a unique necklace composed of separate painted wooden parts contained in a gold framework. The necklace mixes unorthodox materials in the refined vocabulary of a fine jewelry setting. It is both elegant and bohemian, and when I tried it on I felt fearless and privileged to walk for a moment in the artist’s shoes.” 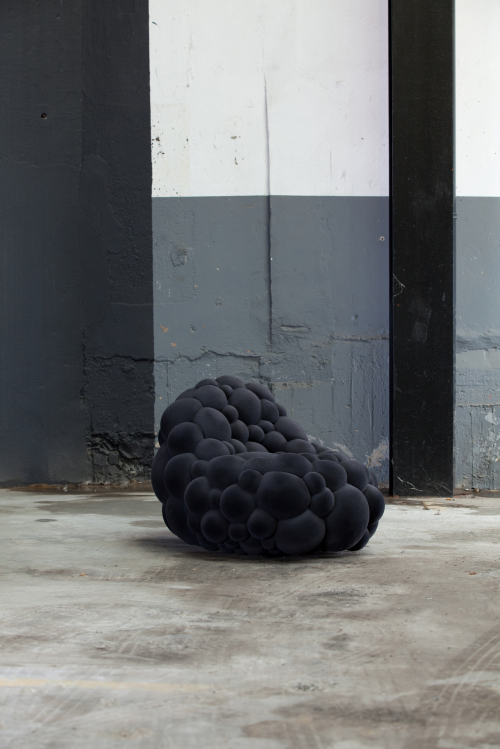 “I like the mutation lounge by marteen de ceulaer, because of its pleasant organic forms, its function and its material: rubber. As a mother of three kids ages 4,6 and 8, this kind of child friendly but design driven furniture speaks to me – at the moment.”

Nadja Swarovski, Creative Director, Founder of Swarovski Crystal Palace and Member of the Swarovski Executive Board 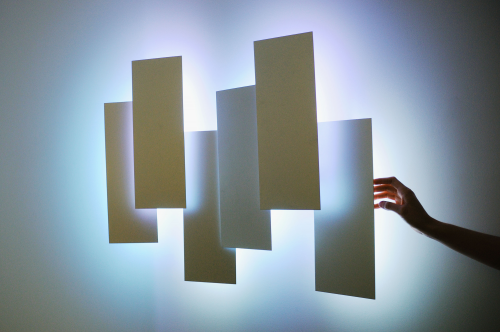 “Johanna’s work always confounds expectation. She delights in upturning convention and creating work that prompts a response from the user. Linelight is no exception. At once poetic, I love the atmospheric play of light created between the panels, which both reveal and conceal the light source behind.” 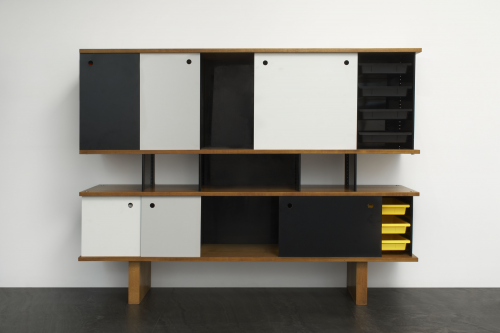 “The upcoming Design Miami Fair will present a lot of fascinating pieces of furniture, that being said I guess my taste is somewhat dated. I choose the book shelves  by Charlotte Perriand as my favorite  work, for the simplicity of the design and it’s place in history as a design classic.” 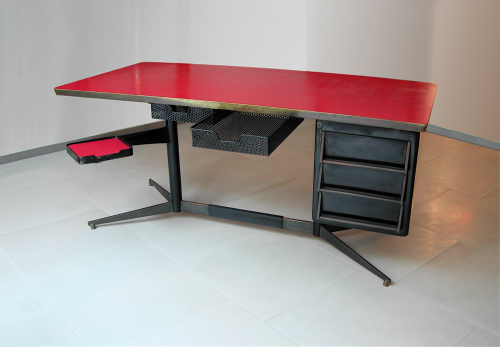 “I’m always attracted to functionality so I can appreciate this desk. The use of different materials such as the red plastic laminate and brushed brass on steel worked really well for me as well” 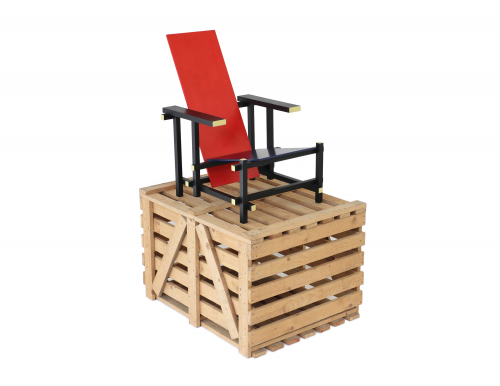 “The Red and Blue chair is perhaps one of the most iconic design object of the twentieth century. They way the wooden members appear to ‘slip’ past one another while floating effortlessly in space, the way the primary colors suggest a spatial extension into a larger environment, the way it single-handedly embody the idealism of the De Stijl movement, is as refreshing and current today as almost a century ago since its inception.

What makes this particular Red and Blue chair especially intriguing is seeing it alongside its original crate; an object reminiscent of another furniture series by Gerrit Rietveld, designed slighter later, slightly less well known, but equally revolutionary: the Crate system furniture. Made from the recycled packaging material crate wood; Rietveld responded to economic crisis of the 1930’s with the Crate series that could be sold as a kit, easily shipped, affordable, and of utmost simplicity and beauty.

Together, the Red and Blue chair and it’s crate turns into an art object of its own; one that encompasses two ends within spectrum of design – one abstract and ideal, paradigmatic and heroic; the other concrete and everyday, pragmatic and anonymous – ethos that were important at the dawn of twentieth century design as they are today.” 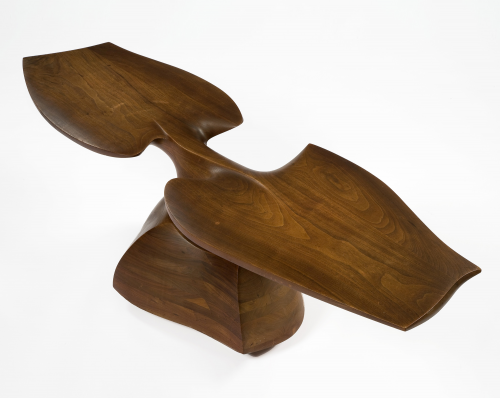 “I’m really drawn to this Wendell Castle stack-laminated coffee table. Beyond it being one of his pioneering simultaneously functional and sculptural works, the beautiful biomorphic lines remind me of a favorite piece of furniture from my childhood home in Argentina: an almost-sculptural squat wrought-iron tractor seat bench from an unknown designer from San Antonio de Areco, a small town in the Argentine pampas, who created beautiful organic furniture objects from parts of discarded farm machinery he found in that rural farmland region of Argentina. I can’t help but think of the similarity between that region of Argentina and the rural farmlands of Castle’s native Kansas, and how growing up in that region must have been a source of inspiration for the timeless organic forms in Castle’s work.” 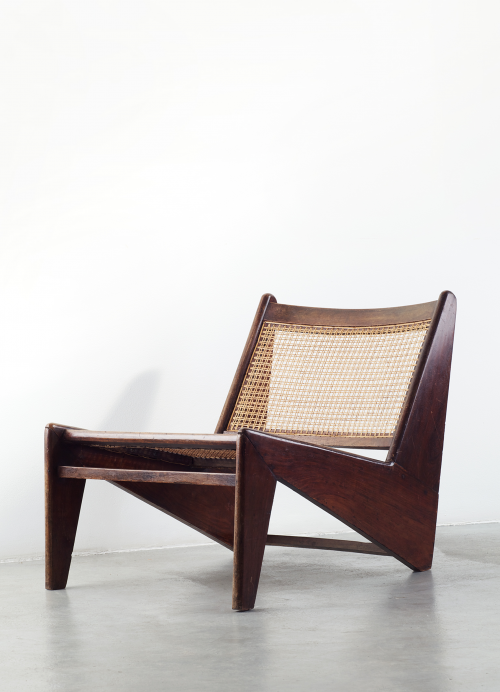 “Even though this Jeanneret chair is a work of clasical modernism, it is still atemporal…” 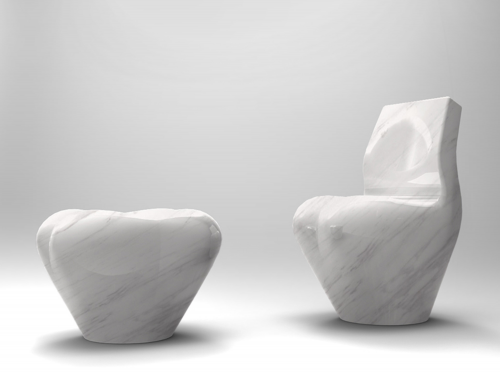 “We love the Swan chair and stool in marble from Gabrielle Ammann gallery – simply sublime and very poetic. One of our favorite things about the “Swan”chair is its simultaneously contradicting and complementary features. The seat flows and curves organically, appearing supple and soft, yet is of unyielding marble. Those same organic lines are themselves complemented by the regularity of the rectangular back, which forms a natural contour of one’s back.” 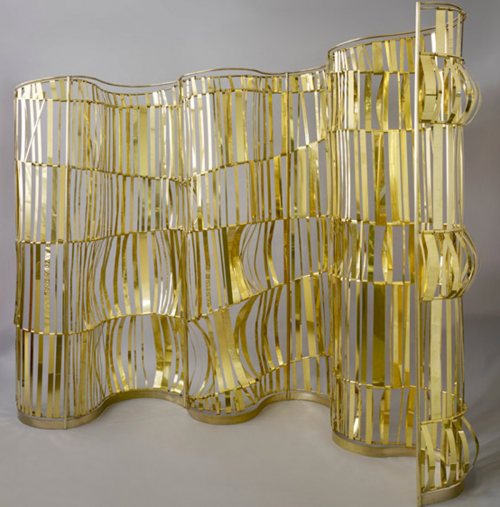 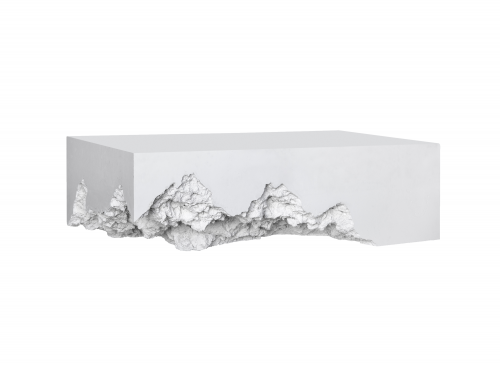 “Snarkitecture is a New York-based firm by architect Alex Mustonen and artist Daniel Arsham. Together they explore, push, and challenge the boundaries of material, scale, and space. Not only are they designing this year’s entry pavilion for Design Miami/ but Volume Gallery is also showing one of my favorite pieces by them: “Float”, a 450 lbs., 1 1/2 x 5 ft. bench-like construct made of cast marble dust.”

[ about design miami/ ]
Design Miami/ is the global forum for design. Each fair brings together the most influential collectors, gallerists, designers, curators and critics from around the world in celebration of design culture and commerce. Occurring alongside the Art Basel fairs in Miami, USA each December and Basel, Switzerland each June, Design Miami/ has become the premier venue for collecting, exhibiting, discussing and creating collectible design. [ design miami/ ] [ design blog ] 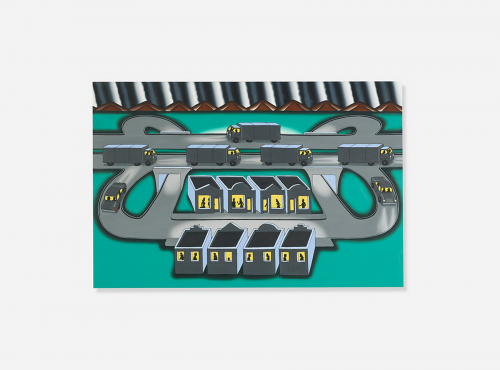 An iconic painting by the American artist, Roger Brown, figures prominently in the auction, as does two Bertoia sculptures: a rare Dandelion and a large Spray sculpture. Exceptional works of art include those by Sam Francis, Louise Nevelson, Franz Hagenauer, Marino Marini, Matt Leines, Luciano Gaspari, Robert Loughlin, Conrad Marca-Relli and Ray Potes. An important painting by Victor Vasarely, a steel sculpture by Australian sculptor Clement Meadmore and a wrought iron and glass vase by Andre Dubreuil are also among the most highly anticipated lots of the sale. 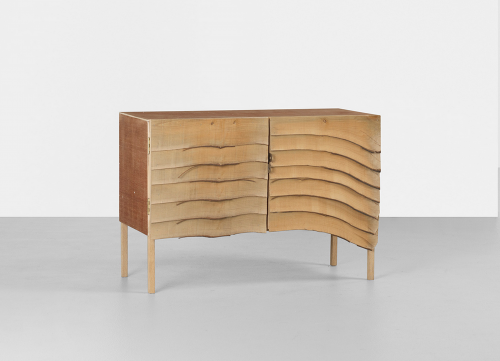 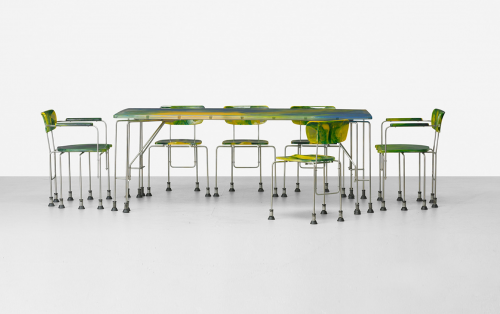 Unparalleled craftsmanship is the hallmark of American pieces featured, such as JB Blunk’s organic-form coffee table carved from solid buckeye burl, an outstanding wall-mounted cabinet of welded and patinated steel by Paul Evans, a monumental hand-carved cabinet by Phillip Lloyd Powell, and a Conoid dining table crafted of American black walnut by George Nakashima. Extending the legacy of modern craftsmanship into the new millennium are contemporary works such as the Modern Primitive Chair by the New York based creators arandalasch, exhibited at the 2010 Venice Architecture Biennale, and three designs by the architect Steven Holl, including a stellar prototype cabinet of walnut, rubber and anodized aluminum. Works by international designers include a cast bronze and mosaic coffee table by Grillo Demo and a Delfi dining table by Carlo Scarpa and Marcel Breuer.

All lots are available for preview online at [ wright ] or through our catalog. Gallery preview 20>26 September, 10a>5p Monday > Saturday and Sunday by appointment. Wright | 1440 West Hubbard Street | Chicago. For additional information about this sale, please contact us at 312 563 0020 or email us at press@wright20.com.