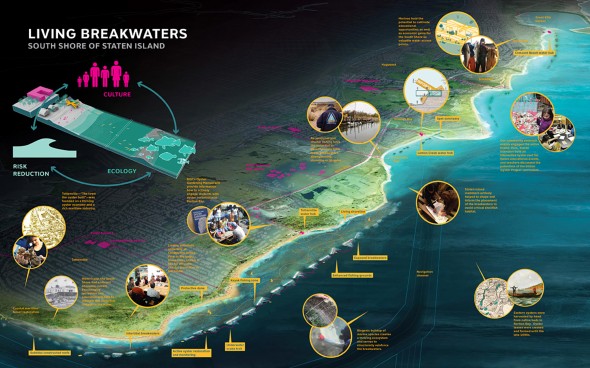 living breakwaters, a project submitted by scape / landscape architecture pllc based in new york has won the 2014 fuller challenge. the award offered by the the buckminster fuller institute (bfi) is considered “socially responsible design’s highest award”.

“living breakwaters is about dissipating and working with natural energy rather than fighting it. it is on the one hand an engineering and infrastructure-related intervention, but it also has a unique biological function as well. the project team understand that you cannot keep back coastal flooding in the context of climate change, but what you can do is ameliorate the force and impact of 100 and 500 year storm surges to diminish the damage through ecological interventions, while simultaneously catalyzing dialog to nurture future stewards of the built environment,” said bill browning of terrapin bright green, a 2014 senior advisor and jury member. 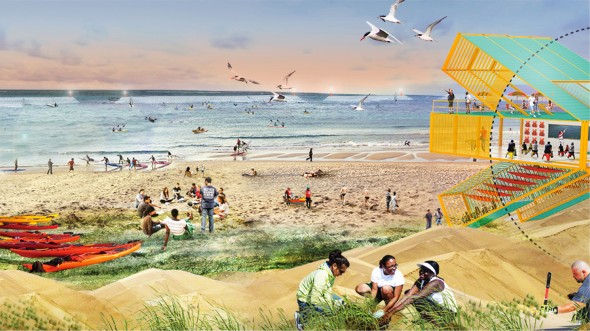 besides addressing storm surge issues, “oyster-tecture” will improve coastal resiliency and the restoration of livelihoods traditional to the community of tottenville in staten island. living breakwaters uses natural forces working with nature to create a natural barrier reef. criticism of “eco projects” has been commerce vs. nature, this project regenerates waterfront communities and social systems, while enhancing threatened ecosystems. 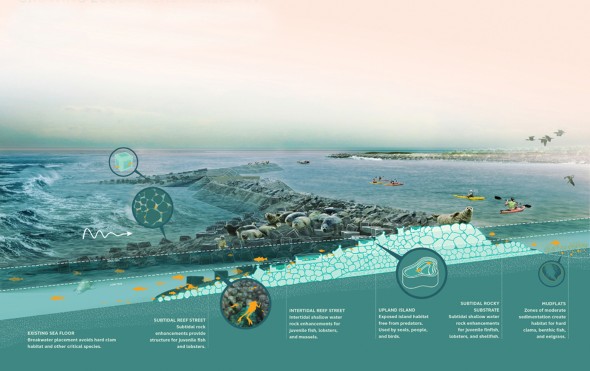