above > 875 north michigan avenue (formerly john hancock center) all images taken 9 april 2020 in chicago when landmarks and buildings across the nation were displaying blue lights to show support for health care workers and first responders on the front lines of the covid-19 pandemic.

from 25 april through 1 may, chicago downtown buildings in support of essential workers will be illuminated blue; from 2 – 5 may in support of first responders buildings will light up red. 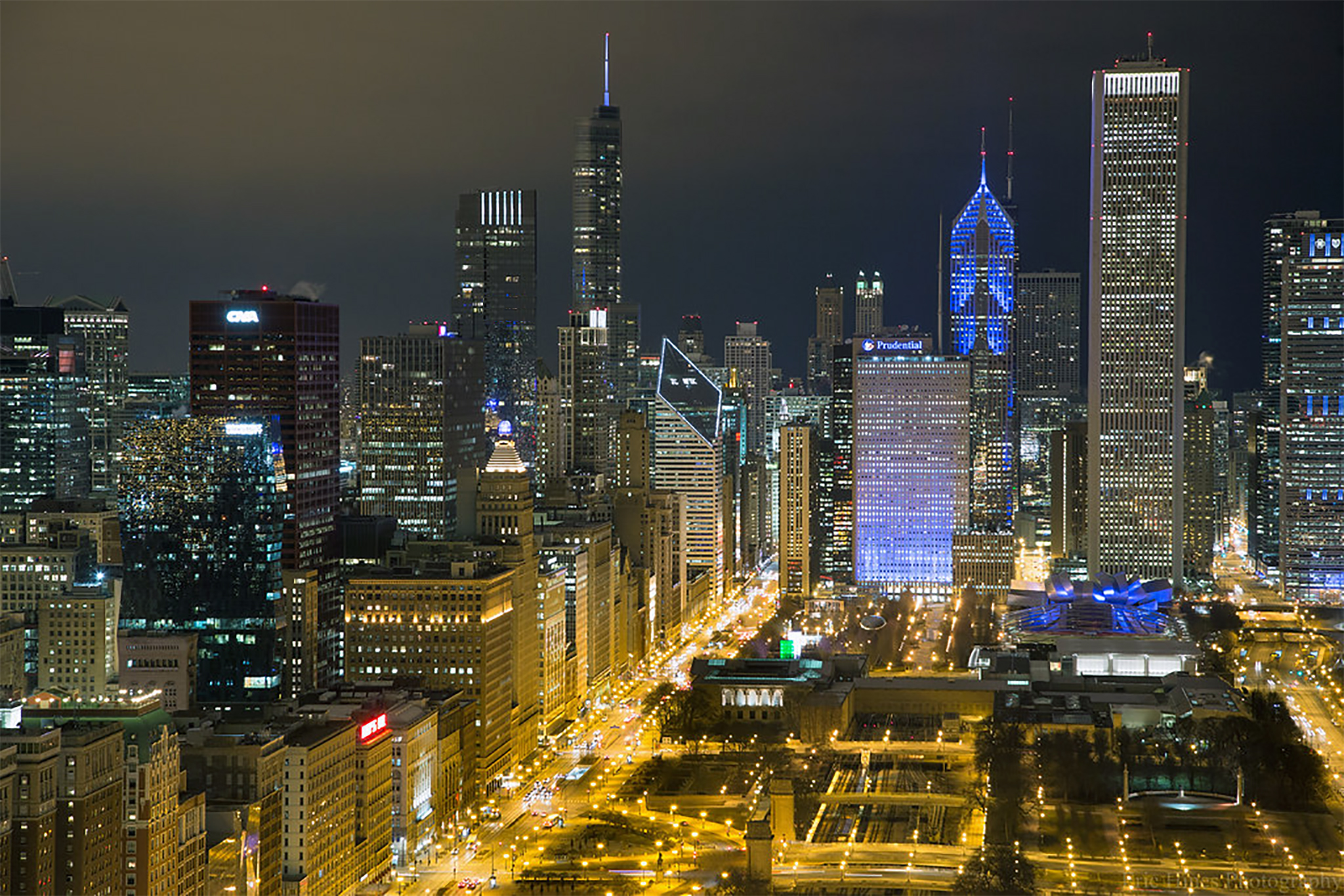 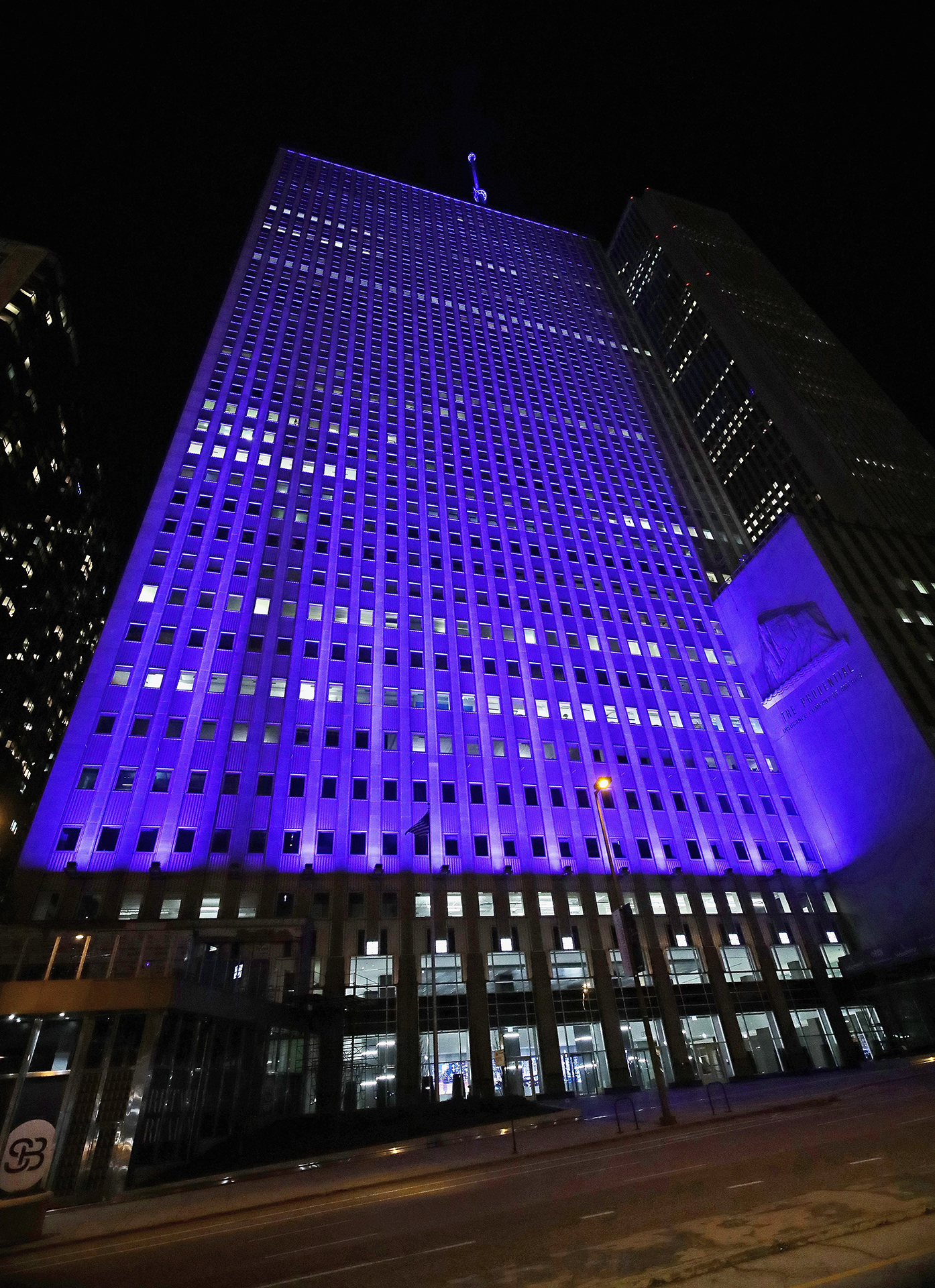 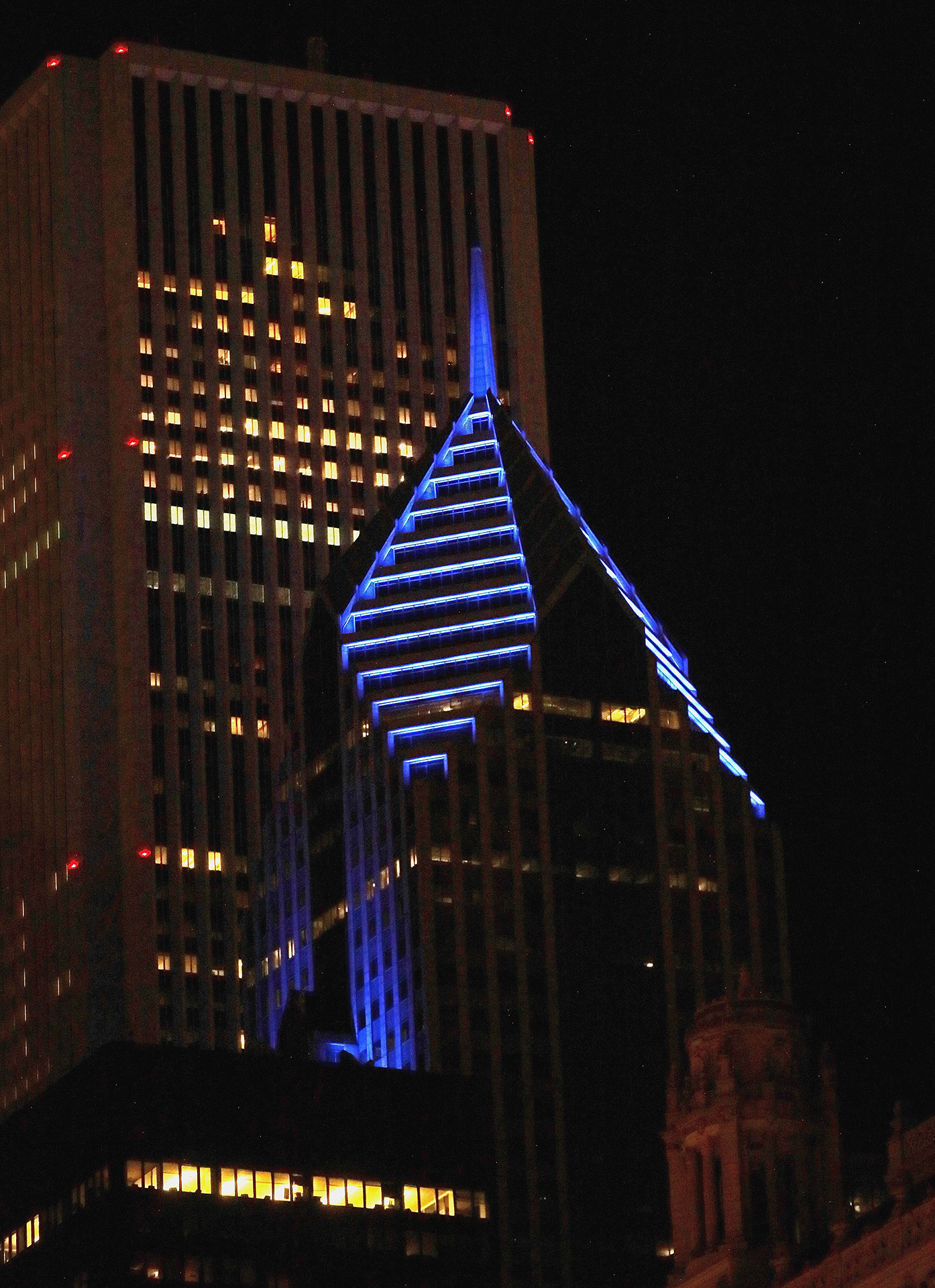 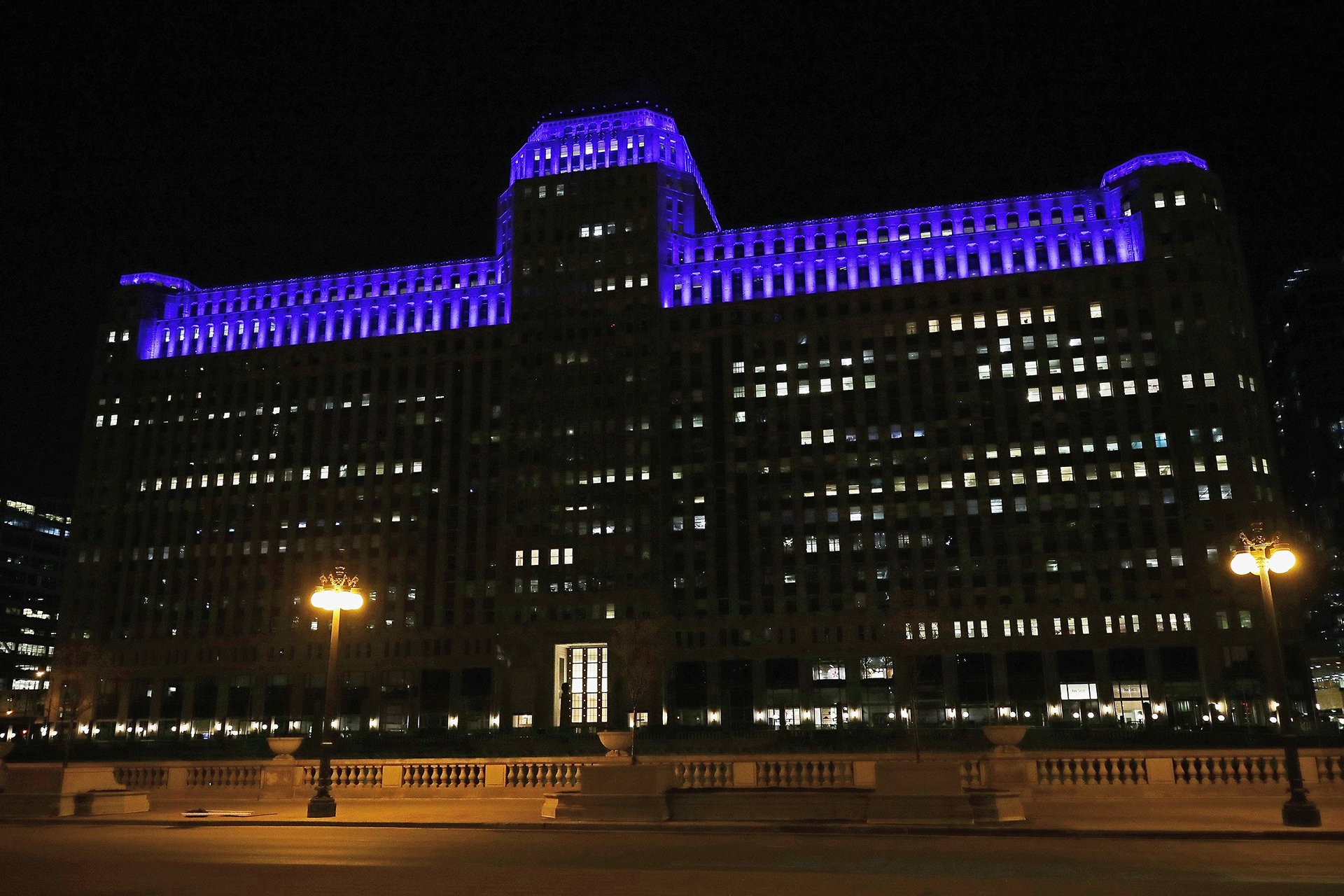 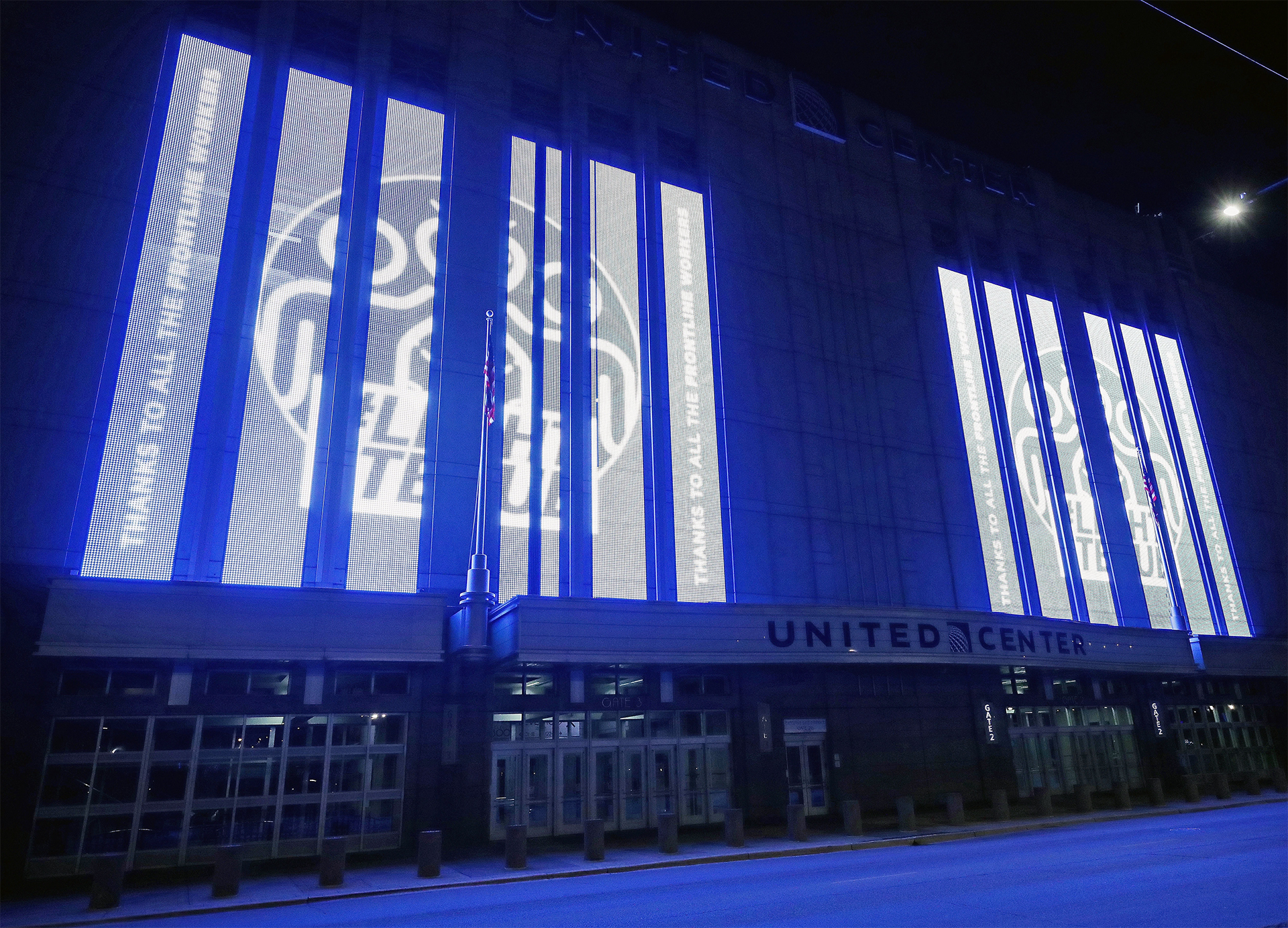 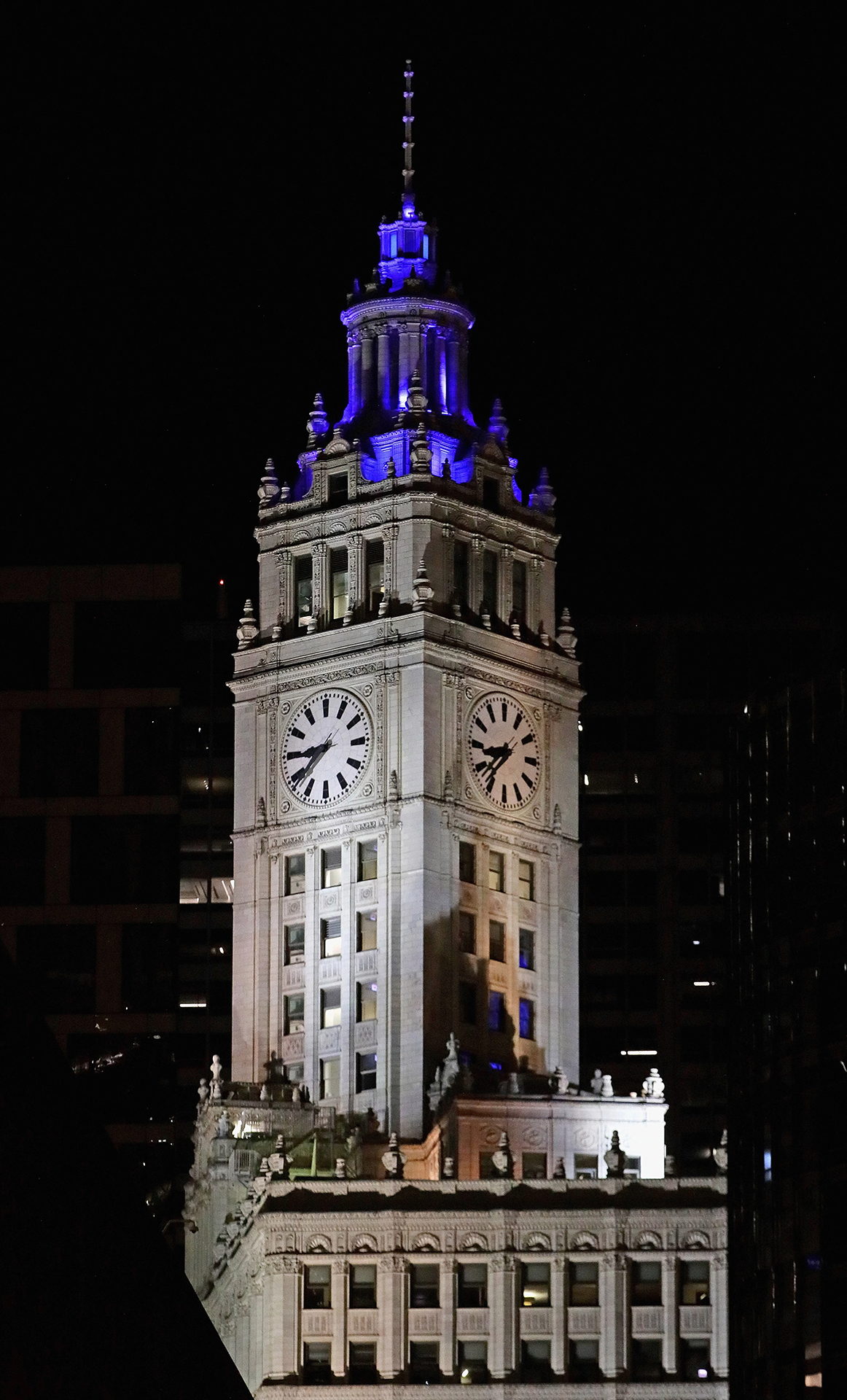 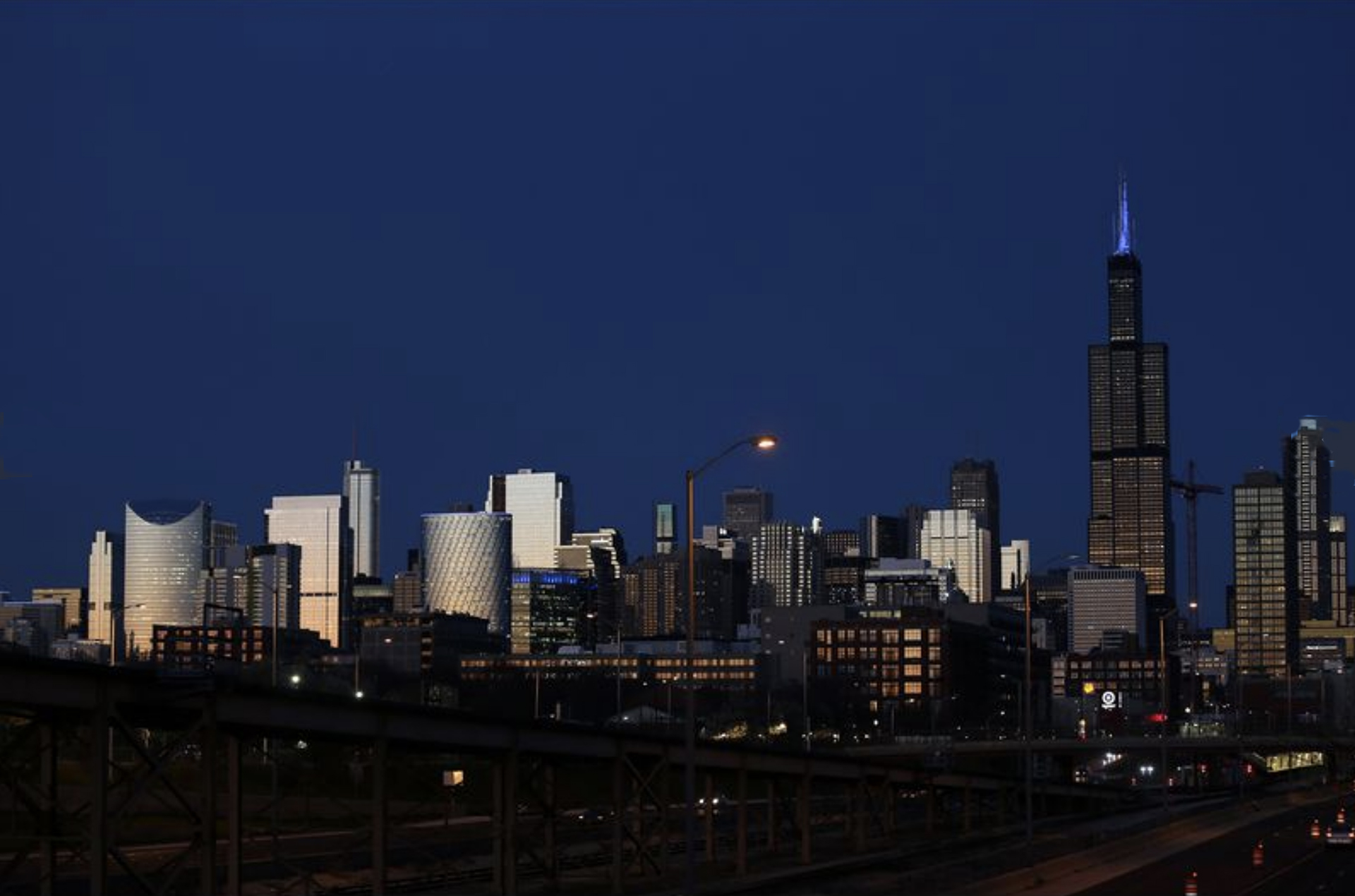 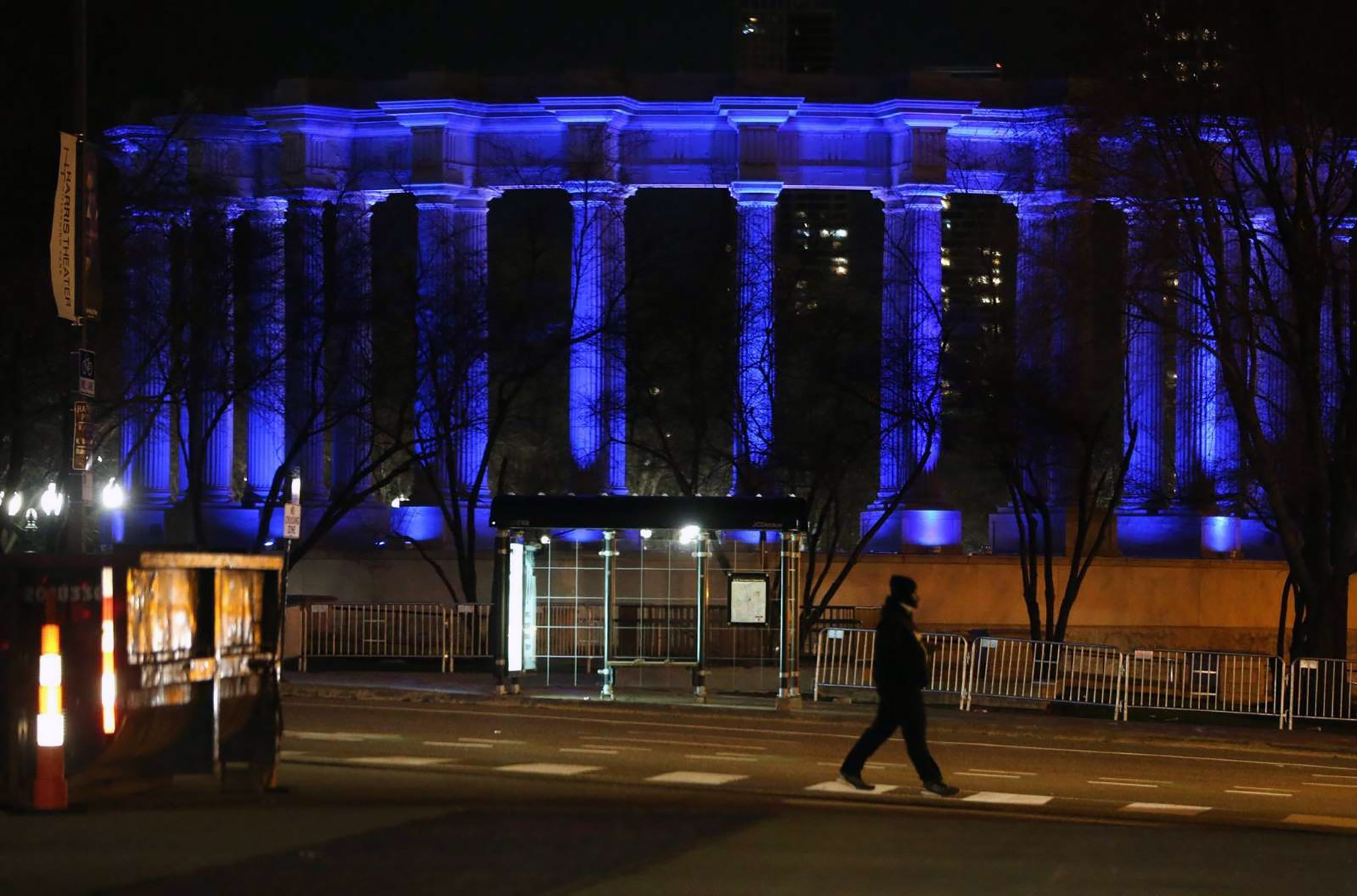 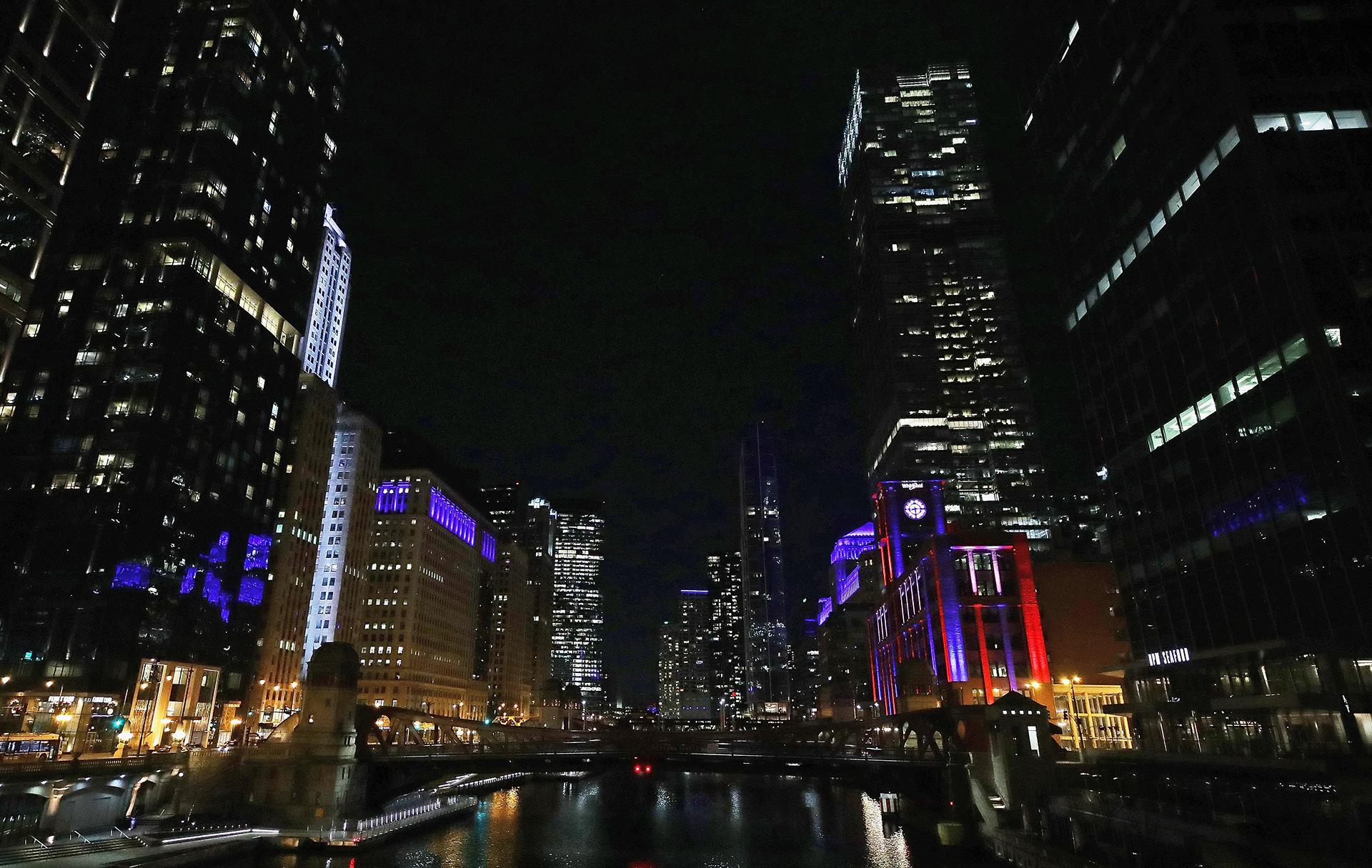 chicago is part of a worldwide salute honoring first responders and essential workers in engineering, health care, janitorial, property management personnel, security, and many more according to boma/chicago, an association of 240 downtown buildings.