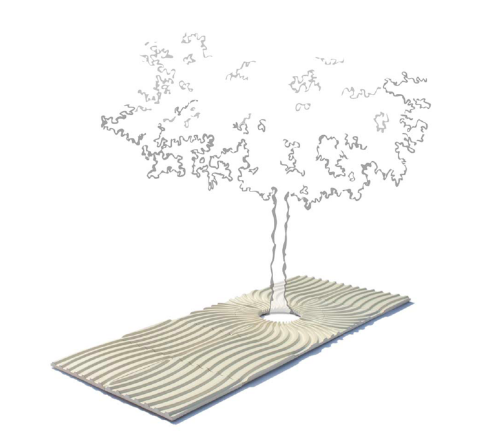 Of all the talented young Israeli designers I met during Holon Design Week, Lena Dubinsky was an easy standout. She won a reddot design award in 2008 for her paving tile system for rainwater irrigation. The earthenware tiles are part of a sustainable, modular system designed to “collect and reuse rainwater for irrigation in urban settings.” By arranging the tiles around a city tree, for example, you can direct the flow of rainwater to the roots, doing away with the need for a sprinkler system or other wasteful forms of artificial irrigation.

My favorite pieces from her portfolio are her porcelainware. These are often meditative experiments with natural forms in which Dubinsky tests the boundaries of her craft. Her most sophisticated of these is her Measuring Tools collection, the design of which stems from what were once purely functional measuring instruments, but which Dubinsky has refined down to pure form.

“Standards for measuring length and width in ancient times relied on the measurements and movements of the limbs of the human body, and evidence of these techniques are still to be found in use around the world. I wished to investigate and apply this law-like regularity by designing measuring tools which are based on the dimensions of the human body. I am not concerned with historical elements but rather with a set of archetypes which establish new relationships or which reconstruct primal relationships between man and his environment. The project consists of four measuring tools, each one tailored to standardized terminology and related to the measurements of the human body: cubit, hand-breadth, finger and foot.”

Even though no one is going to use these to actually measure something (and that’s definitely not Dubinksy’ point, either), the shapes of the tools are just so pleasing, perhaps because they’re derived from the natural form of the human body. Measuring Tools was awarded in the 2011 London International Creative Competition.

Dubinsky has continued her study of the human body with Body Signs, a collection of jewelry made from porcelain, silver and gold. You can contact her to place an order. 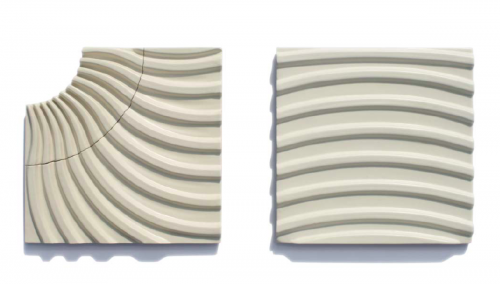 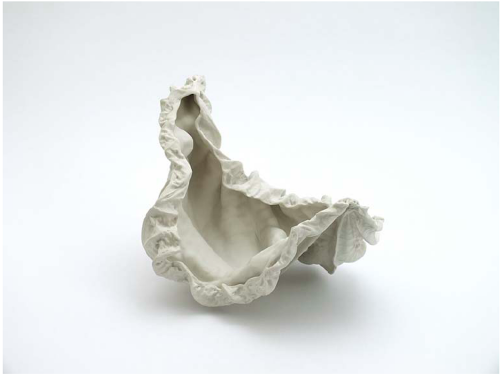