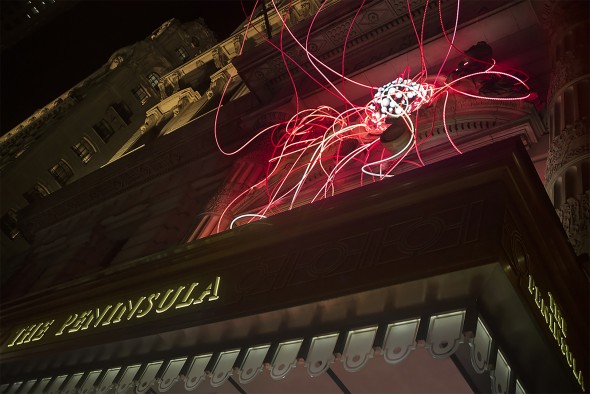 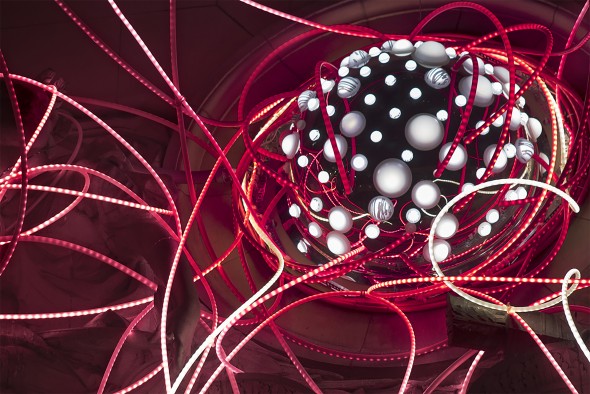 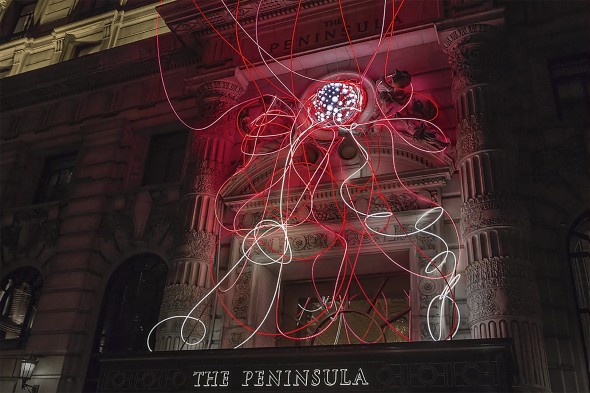 In keeping with the initiative’s “pink” theme, Amorós will use LED lights to create a pink lotus flower that will be attached to The Peninsula New York’s landmarked facade, located at 5th Avenue and 55th Street. The installation will activate the entrance to the hotel with a focus on the Palladian window above the door and the carvings of Ceres, Roman Goddess of agriculture and abundance, and Diana, the Roman Goddess of the hunt, the moon and childbirth. By placing the installation on the main facade, Amorós will be supporting Breast Cancer Awareness Month by drawing attention to both the Roman Goddesses, who represent the power of women worldwide, and to the lotus flower’s symbolic associations with creation, enlightenment and rebirth. As in all of her work, Amorós’ PINK LOTUS light sculpture will create a dialogue with the existing architecture and the history of the site.

[ grimanesa amorós ] was born in Lima, Peru and lives and works in New York City. She is an interdisciplinary artist with diverse interests in the fields of social history, scientific research and critical theory, which have greatly influenced her work. Amorós researches the locations, histories and communities of the installation sites. Her process remains organic and instinctive. This intuitive relationship to technology is a distinctive feature of Amorós’ practice. Her works incorporates elements from sculpture, video, lighting, and technology to create site-specific light installations to engage architecture and create community.

Grimanesa Amorós has often drawn upon important Peruvian cultural legacies for inspiration for her large-scale light-based installations, which she has presented around the globe from Mexico, Tel Aviv and Beijing to New York’s Times Square. She continues to be inspired from Peru’s history for her art but she does not hold an essentialist or nostalgic view of her subject. She often gives talks at museums, foundations and universities where her lectures not only attract future artists but students and faculty engaged with science and technology. It feels somewhere in the art of Grimanesa Amorós, the past is meeting the future. Amorós has exhibited in the United States, Europe, Asia, Middle East and Latin America. For more information about Grimanesa Amorós.

[ the art of pink ] Breast cancer is the most prevalent cancer among women and the second-most common cancer in the world today, accounting for one in ten of all new cancers diagnosed worldwide, and nearly one in four female cancer cases. With these statistics in mind, The Peninsula Hotels decided to harness its resources and create the Peninsula in Pink charitable initiative. Launched in 2010, Peninsula in Pink is an annual event at all The Peninsula Hotels in Asia, North America and Europe. In 2015, Peninsula in Pink undergoes an artistic makeover, and is retitled The Art of Pink. Each hotel will exhibit pink-themed artworks in partnership with acclaimed artists and galleries, in addition to the popular Pink Afternoon Tea, spa treatments and cocktails, with a portion of the price donated to SHARE. An exclusive pink ribbon pin designed for Breast Cancer Awareness Month will also be worn by all hotel staff, and is available for sale in each hotel.

[ SHARE ] is a nationwide community that offers support, information and the benefit of experience to women diagnosed with breast and ovarian cancers and their caregivers. Our services include a helpline staffed by peers, support groups, and seminars on both the treatment of cancer and living with the disease. Through SHARE, the power of community helps renew hope.

[ circa 1881 ] produces art exhibitions and programs for non-profit institutions and private companies interested in displaying world-class contemporary art in their public spaces. The exhibited artworks are borrowed from Circa 1881’s lending library consisting of inventory from private collections it has under management. Inside The Peninsula New York, Circa 1881 has curated an exhibition of contemporary artworks from its lending library featuring works by notable artists such Rita Ackermann, Annie Liebovitz, Joan Miró, Vik Muniz, Bill Viola and Jonas Wood, among others. 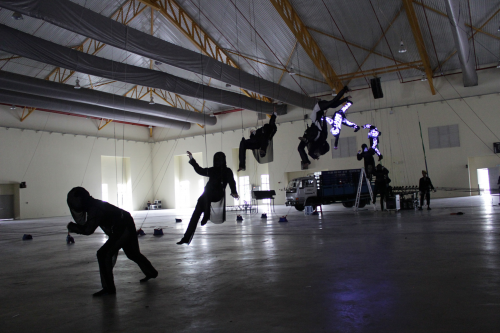 third and most recent effort in a year-long series by lexus. finally ambitious enough to see how ‘strobe’ was made. the vitals / 50,000 LED lights, 40 engineers, 30 stuntmen and one hollywood costume designer. done the old fashioned way. amazing. 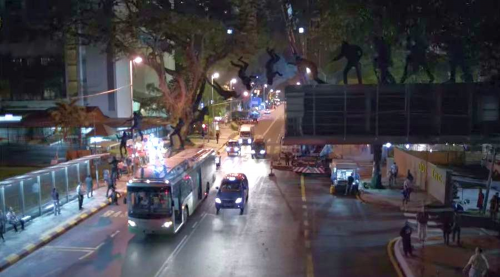 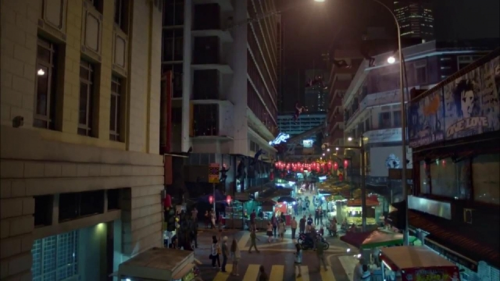 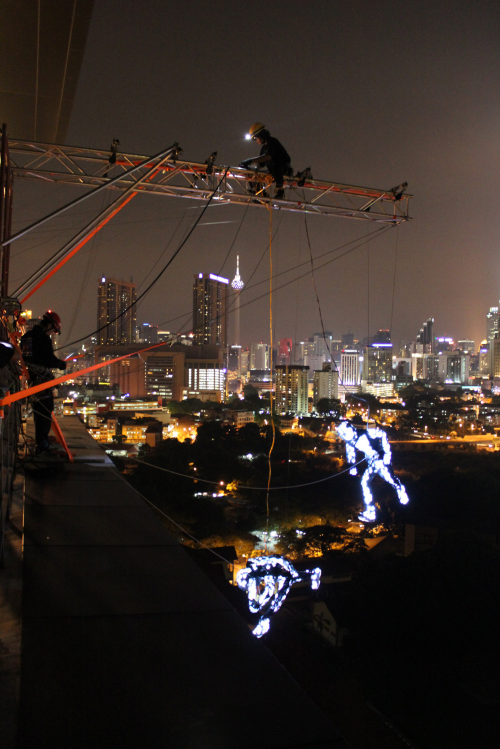 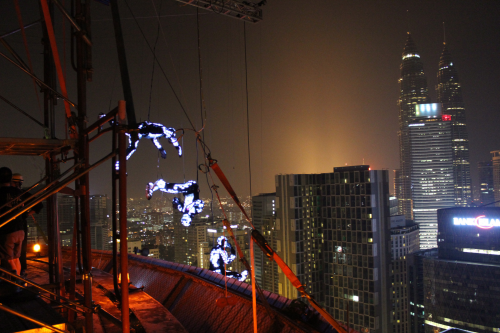 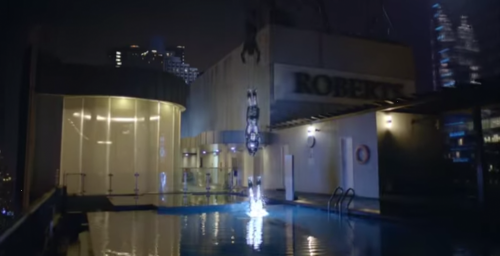 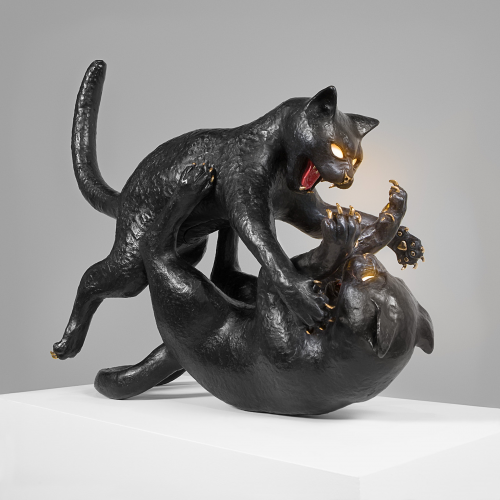 Dutch artists, Job Smeets and Nynke Tynagel of Studio Job have created a new universe made of their own cats. Product design becomes a fulcrum for sculpture in these limited edition art pieces which serve as artistic form and literal function. 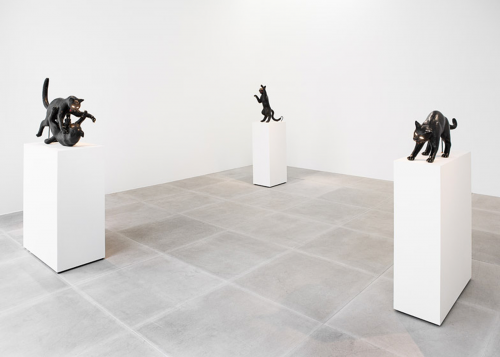 Taking joy in creating a myth out of the everyday, these cats remind one of the Greek statues fighting over ancient battles, but here that back story is not needed or wanted. Studio Job commands a studio of artisans that work with traditional craft at the highest level, utilizing materials such a bronze to achieve a level that goes beyond and above Koons. By blowing up to high-art status the everyday ordinary world, the objects alone express the intensity. The day is coming when a single original carrot will give birth to a revolution. Cezanne*. Or a cat… 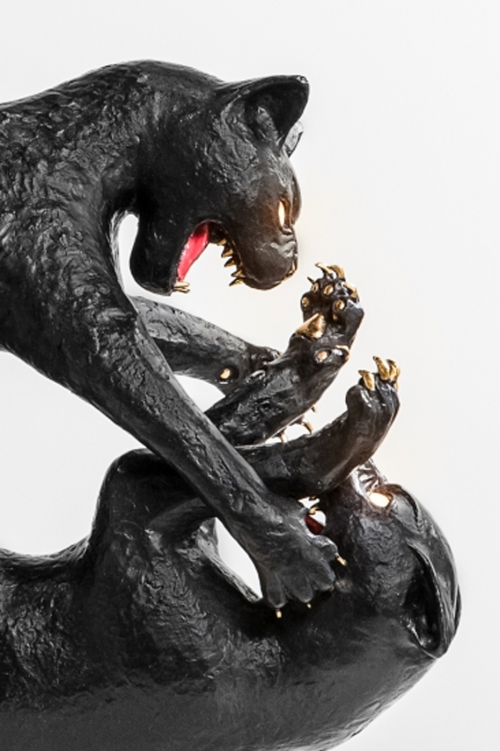 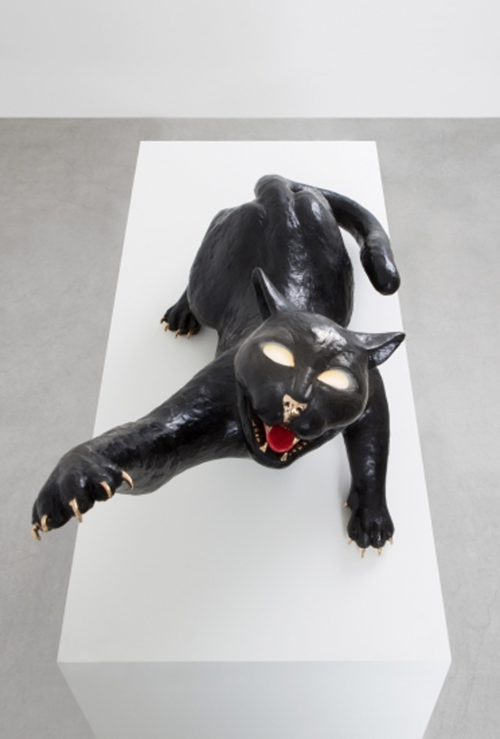 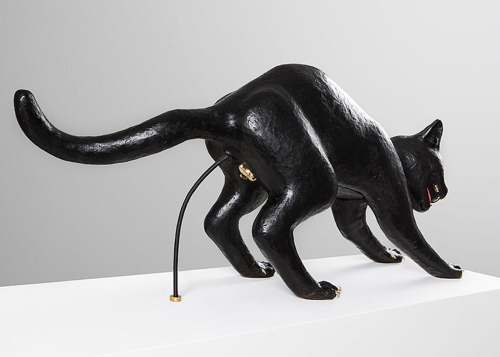 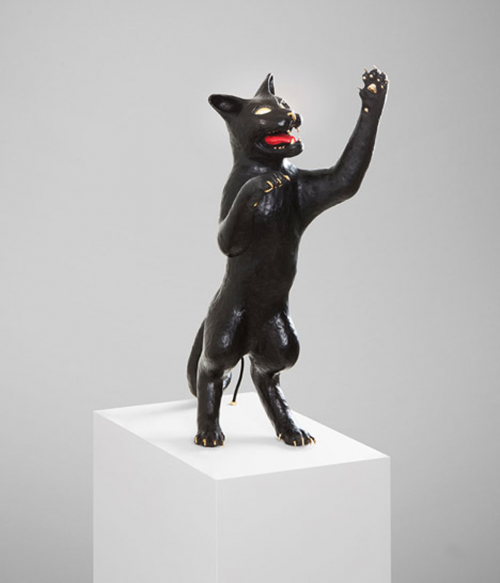 Nynke and I love our cats Paula & Jambe Blanche. Paula is an orphan from a a village call Echt in the southern part of Limburg. Jambe Blanche is a ‘bell dame’, 17 years old. She was born in the cellar of our first studio… Jambe Blanche has four white legs, both spotted with black like little Dutch cows. In fact, we only allow black & white spotted cats in our house in the forest.
Last but not least: They are female, in Dutch slang this can be pronounced as ‘poesje’. Which is equivalent for ‘vagina’.
Cats can be quite ruthless. I believe cats are, as we say, autistic to a certain extent as in they can’t really connect tint others’ emotions.
Let’s be hones: Cats kill birds, butterflies, mice and sometimes a mole. Yet at the same time they sleep in our bed. Some say cats are more closely related to humans than we assume.
They have a point? Bien-sur que non!” Job Smeets, Summer 2014 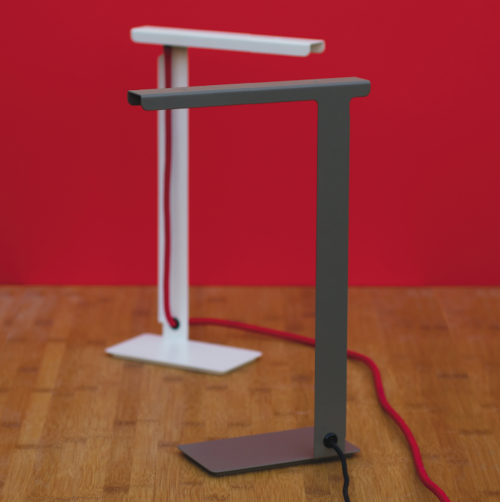 Last month Hackney-based Group Design launched the simple, purpose-driven 490 Desk Lamp. The base, stand and shade are laser-cut from a single piece of powder coated 1.5mm steel formed into shape by a few simple 90-degree “folds.” The minimal body is balanced by a retro fabric cable in contrasting red or silver.

The warm, glare-free light source is a low, 3 watt LED that produces about 240 lumens, equivalent to a 12V 20W halogen bulb. The light can be controlled with a touch dimmer, making the lamp suitable for the beside as well. All the parts can be completely recycled at the end of their life, though with a light that lasts 50,000 hours you might not ever need to. If you run the lamp all day long it will last for 2,083 days, or almost six years, and if you use the lamp every day for an eight hour work day, the LED will last over 17 years without needing to be replaced, making it the best £150 you’ll spend this decade.