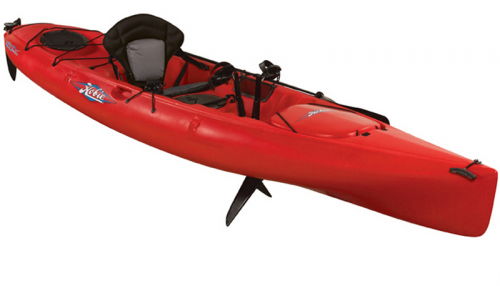 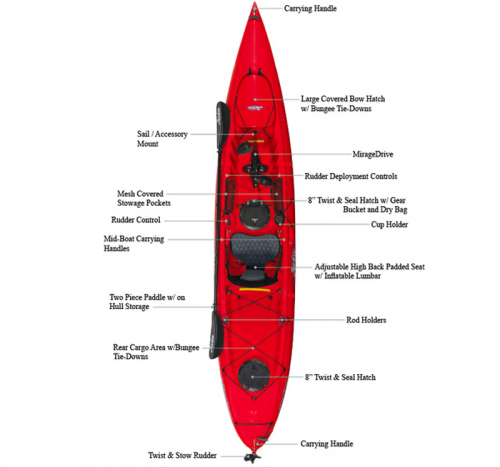 this isn’t your kids camp kayak.
The 2011 model of the Hobie Mirage Revolution Kayak is for serious water sportsmen (and women) only. Just what makes it so special? The Hobie Mirage combines the best elements of Austin Kayak’s three other models, meaning it’s fast, rugged and boasts exceptional maneuverability. And don’t forget: it’s propelled by MirageDrive with two underwater flippers. Yeah, that’s right: twin flippers. When was the last time you saw that on a kayak? Certainly not at some hotel rental shack. This thing is not for tourists. At the same time, you don’t have to be a kayak aficionado to use it. It’s easy to use and it’s so sturdy (none of that tipping side to side) you can even fish in it. People who own it call it their second home, and while it’s certainly equipped with enough storage space to keep food, clothes and your toothbrush, we recommend it for recreational use only. ($1,799)