president barack obama named 21 recipients. the presidential medal of freedom is the nation’s highest civilian honor, presented to individuals who have made especially meritorious contributions to the security or national interests of the united states, to world peace, or to cultural or other significant public or private endeavors.

“the presidential medal of freedom is not just our nation’s highest civilian honor – it’s a tribute to the idea that all of us, no matter where we come from, have the opportunity to change this country for the better. from scientists, philanthropists, and public servants to activists, athletes, and artists, these 21 individuals have helped push america forward, inspiring millions of people around the world along the way.” ~barack obama 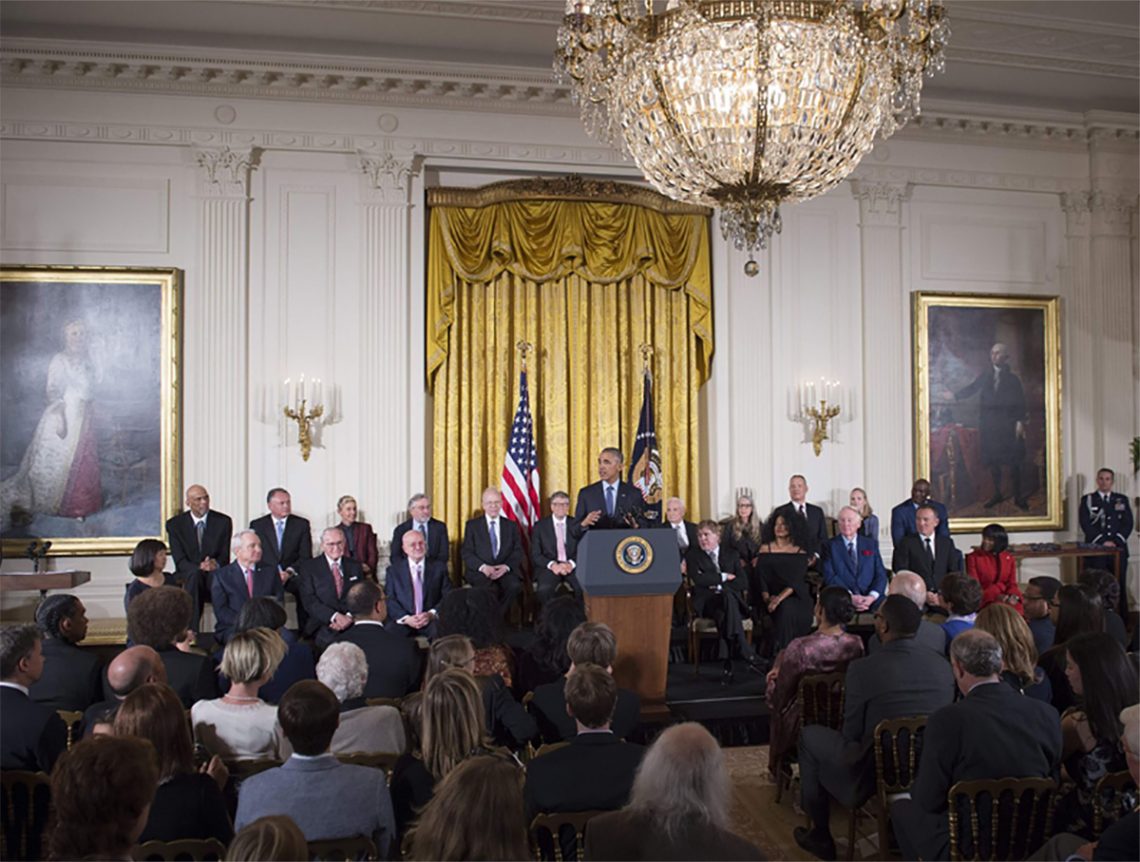 [ kareem abdul-jabbar ]
the national basketball association’s all-time leading scorer / in addition to his legendary basketball career, abdul-jabbar has been an outspoken advocate for social justice.

[ elouise cobell (posthumous) ]
a blackfeet tribal community leader and an advocate for native american self-determination and financial independence / she used her expertise in accounting to champion a lawsuit that resulted in a historic settlement, restoring tribal homelands to her beloved blackfeet nation and many other tribes, and in so doing, inspired a new generation of native americans to fight for the rights of others.

[ ellen degeneres ]
a comedian, academy awards and daytime talk show host, known for her trademarked humor, humility, and optimism / in her work and in her life, she has been a passionate advocate for equality and fairness.

[ frank gehry ]
an architect whose works have helped define contemporary architecture / his best-known buildings include the walt disney concert hall in los angeles, the dancing house in prague, and the guggenheim museum building in bilbao, spain. below> frank gehry 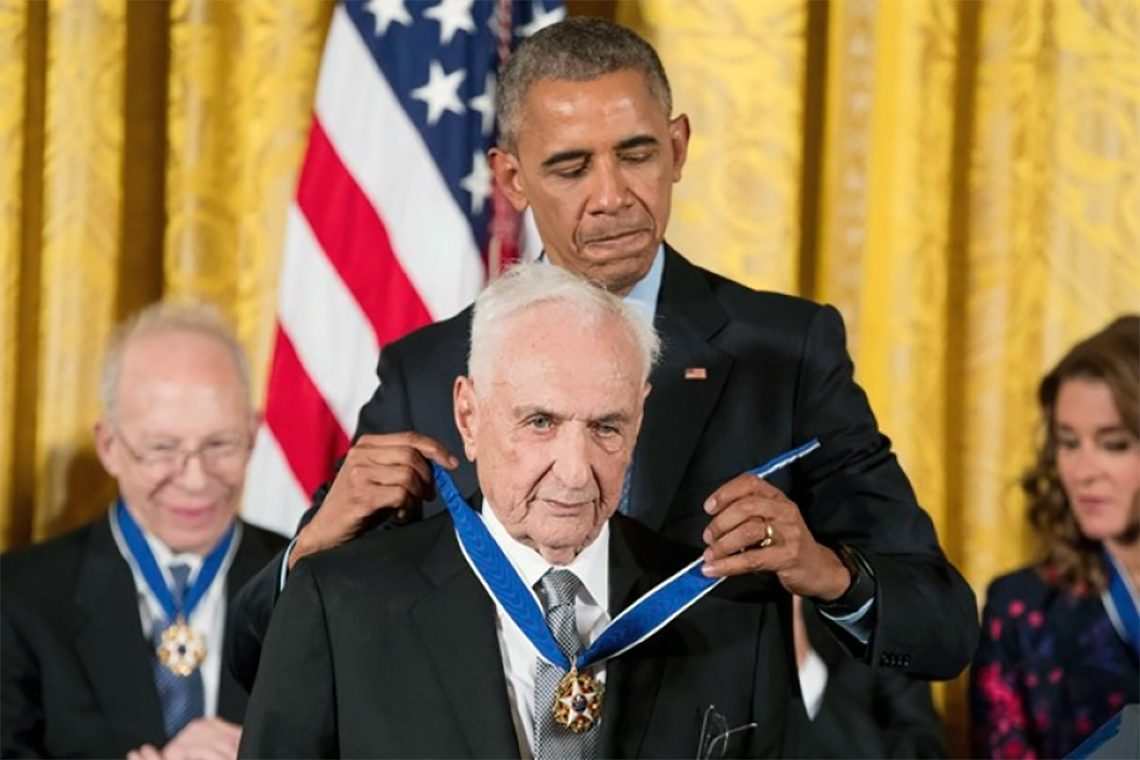 [ margaret h. hamilton ]
a mathematician and computer scientist, she led the team that created the on-board flight software for nasa’s apollo command modules and lunar modules.

[ tom hanks ]
an actor who has been nominated for the academy award for best actor in a leading role five times, and received the award for his work in philadelphia and forrest gump / off screen, as an advocate, hanks has advocated for social and environmental justice, and for our veterans and their families.

[ grace hopper (posthumous) ]
a rear admiral known as “amazing grace” and “the first lady of software,” was at the forefront of computers and programming development from the 1940s through the 1980s / her work made coding languages more practical and accessible, and she created the first compiler, which translates source code from one language into another.

[ michael jordan ]
a national basketball association’s player recognized worldwide as one of the greatest athletes of all time. jordan, a principal owner and chairman of the charlotte hornets. during his career won six championships, five most valuable player awards, and appeared in 14 all-star games.

[ maya lin ]
an artist and designer who is known for her work in sculpture and landscape art / a committed environmentalist, lin is currently working on a multi-sited artwork/memorial, what is missing? bringing awareness to the planet’s loss of habitat and biodiversity. below> maya lin 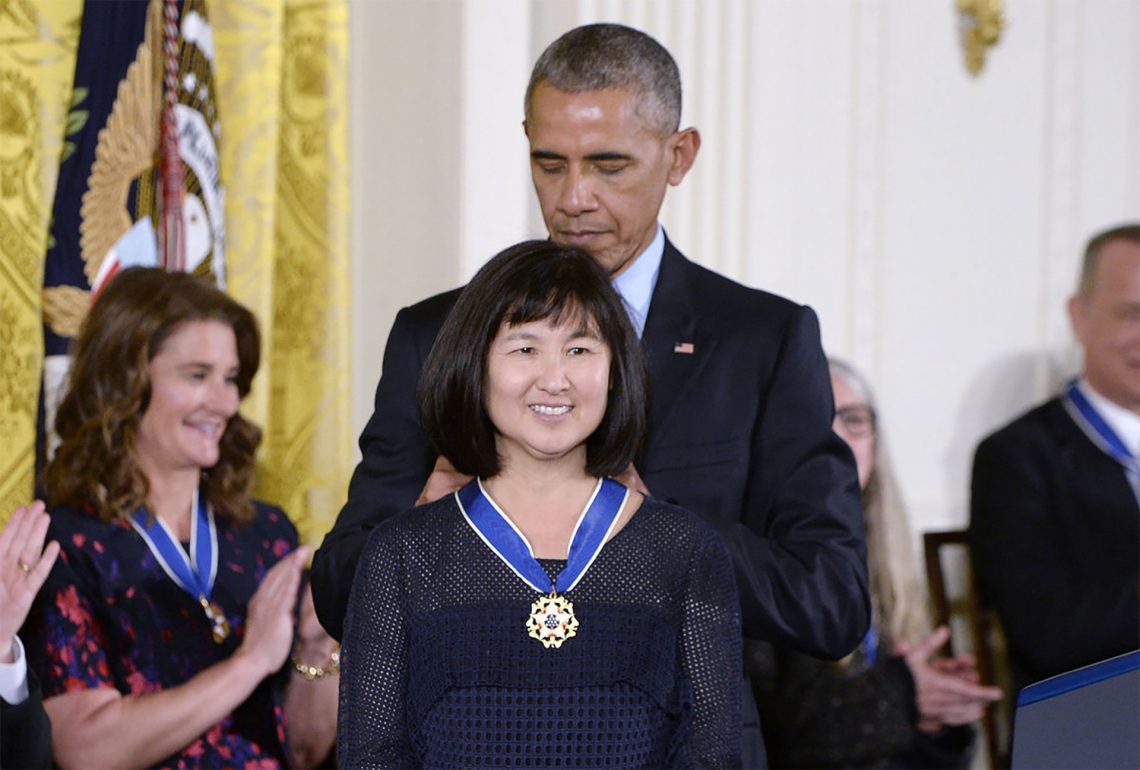 [ lorne michaels ]
a television producer and screenwriter, best known for creating and producing saturday night live, which has run continuously for more than 40 years / he has won 13 emmy awards over the course of his lengthy career.

[ newt minow ]
newt minow is an attorney with a long and distinguished career in public life serving in the u.s. army, a supreme court clerk and, a chairman of the federal communications committee (fcc).

[ eduardo padrón ]
the president of miami dade college (mdc). during his more than four decade career, he has been a national voice for access and inclusion, to ensure all students have access to high quality, affordable education.

[ robert redford ]
an actor, director, producer, businessman, and environmentalist, who has received an academy award for best director and for lifetime achievement / in 1981, he founded the sundance institute to advance the work of independent filmmakers and storytellers throughout the world.

[ diana ross ]
an entertainment and actor in music, film, television, theater and fashion / diana ross is an academy award nominee, inductee into the rock & roll hall of fame, and recipient of the grammy awards highest honor, the lifetime achievement award.

[ vin scully ]
a broadcaster who, for 67 seasons, was the voice of the brooklyn and los angeles dodgers. in southern california, where generations of fans have grown up listening to dodger baseball, scully’s voice is known as the “soundtrack to summer” / in 1988, he was inducted into the national baseball hall of fame.

[ bruce springsteen ]
a singer, songwriter, and bandleader for more than five decades. the stories he has told, in lyrics and epic live concert performances/ a rock and roll hall of fame inductee, he have helped shape american music and have challenged us to realize the american dream.

[ cicely tyson ]
a performer on stage, on television and on the silver screen, she has won two emmy awards and a tony award / tyson received the kennedy center honors in 2015.