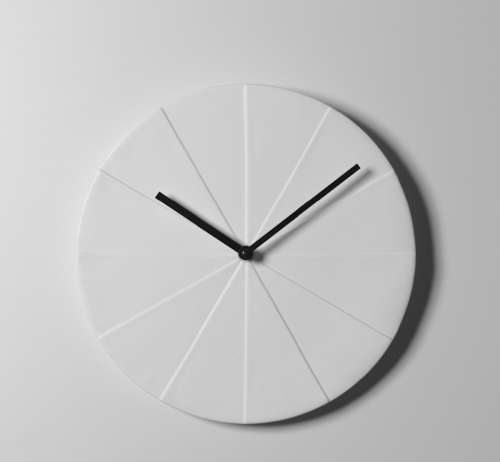 Jussi Takkinen, a furniture and lighting designer who splits his time between personal and freelance projects and design work for Harri Koskinen, needed a new clock. When faced with the decision of finding one to buy that met his standards or designing his own, he opted for the latter. The question now was what form the clock would take. Around that time, Takkinen noticed “a pile of  newspapers on the floor which formed a series of steps.” According to him “the sunlight happened to fall onto the newspapers creating a striking series of shadows on the different steps that gave [him] the idea for Osio.” 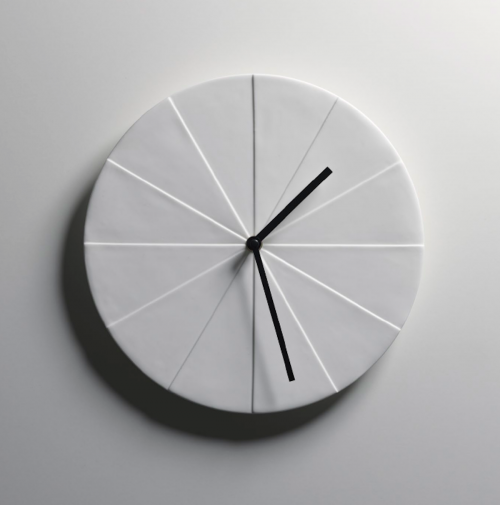 Like am updated, geometric wall-hanging sundial, Osio (Finnish for sections or steps) bridges ancient methods or telling time with contemporary design. The white bone china clock face has no numbers. Instead, it’s divided into 12 sections of varying heights, one for each hour. When sunlight hits the clock the shadows fall across the sections to give the time. The hands are simply a back up methods for nighttime and cloudy days.